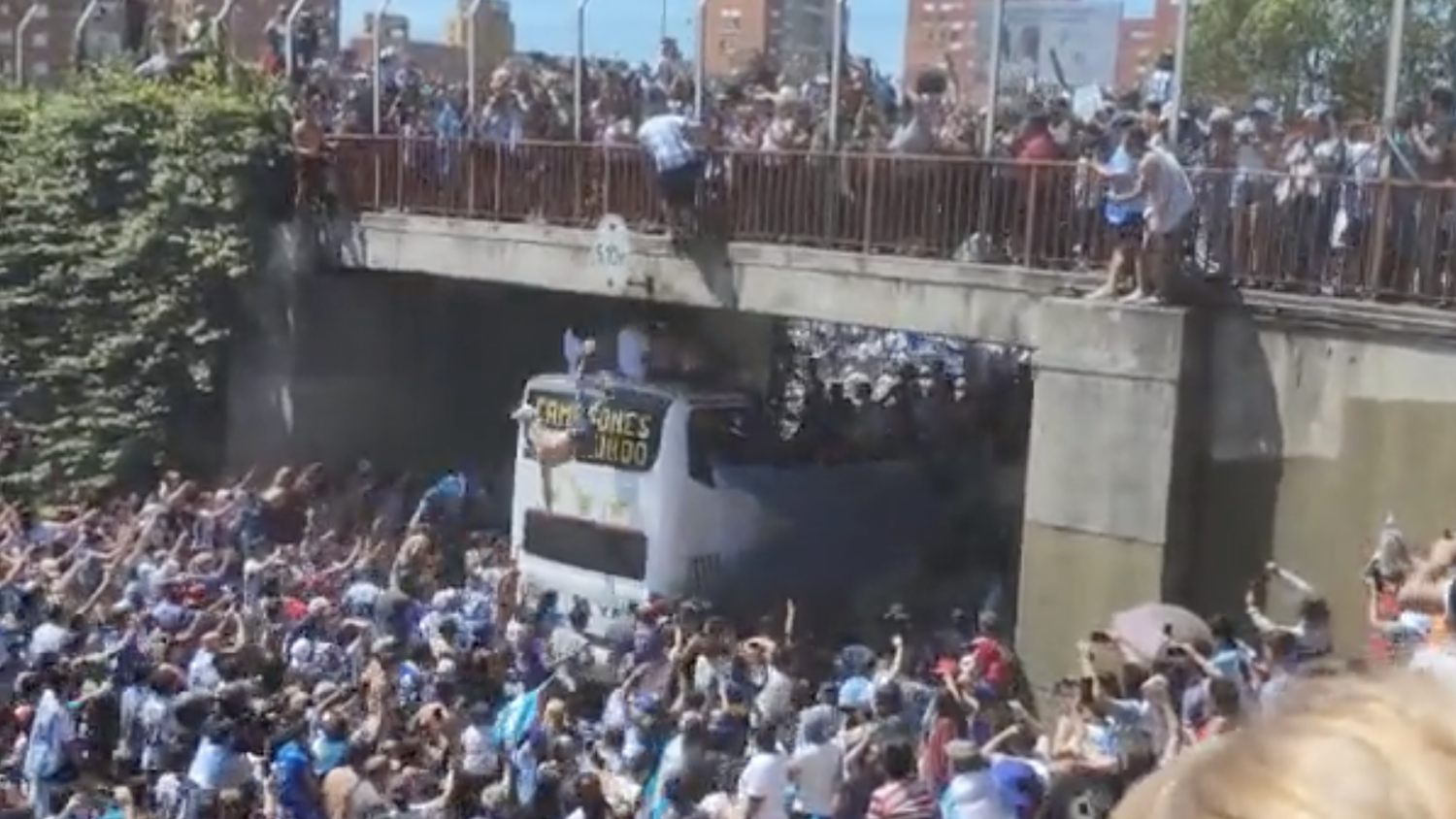 Argentina’s World Cup victory parade became a bit of a nightmare as an estimated 4 million fans packed the streets of Buenos Aires to celebrate the return of the champions. Argentina’s players had to leave their bus and board helicopters after the bus couldn’t move past the mass of people.

Video also showed several injuries including one Argentina fan falling from a bridge after he tried to jump onto the team bus.

The bus wouldn’t reach its destination at the Obelisk where thousands of fans were waiting. This was partly due to safety concerns after this terrifying moment fans jumped from a bridge in an attempt to board the bus.

One fan didn’t quite make the jump. He was able to get up after his tumble.

Fans jump from the bridge to the Argentina national team bus

In the streets of Buenos Aires today pic.twitter.com/hLraXRZEqw

A misleading video was posted online of another fan being carried away via stretcher still chanting. Some outlets thought it was the same fan, however internet sleuths pointed out the stretcher video was filmed in a different part of the city and the fan in the stretcher was wearing different clothes.

Even injured and going on a stretcher to the hospital, he NEVER stopped singing and supporting his national team #FIFAWorldCup #Qatar2022 #ARG pic.twitter.com/cuGPSSgAHh

Argentine news outlet A24 reported that 31 people were injured with 16 being hospitalized. Alberto Crescenti, head of the emergency medical services in Buenos Aires, said on Tuesday that eight people had been injured from various activities.

“‘So far, we have eight injured, some with arm and leg fractures, due to climbing traffic lights and different places where one should not climb,” Crescenti said.