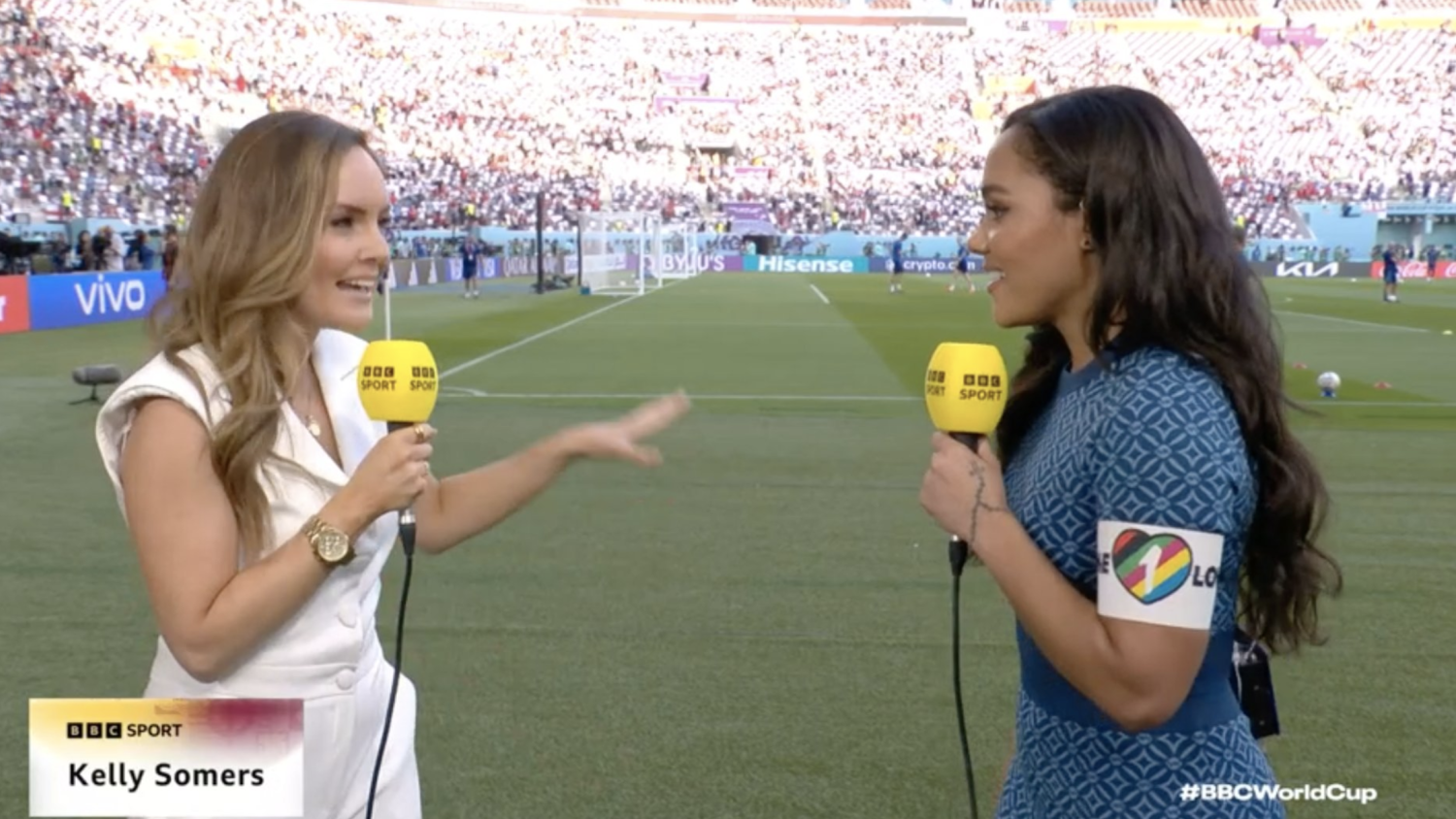 FIFA's sanctions take a backseat to progress thanks to Alex Scott.
Twitter

Tame would be an understatement when discussing the "One Love" campaign. A message that hopes to unite everyone, "One Love" promotes diversity of thought and acceptance, especially with regard to sexual orientation. Regardless, FIFA felt the need to threaten players with “sporting sanctions” if they were to make a statement on the world stage. While many European nations opted to abandon their message of inclusion, Alex Scott remained undeterred.

Scott, a legend of the English game, had an illustrious career of her own before swapping the pitch for punditry. Following the news that England would not be wearing the One Love armband for its match against Iran, Scott managed to find the armband and wore it on her international broadcast for the BBC. The former Arsenal and England international’s message is extremely brave, especially given that she is stationed in Qatar. However, the reception online has been extremely positive.

England may not be wearing the #OneLove armband, but @AlexScott is right now on BBC. This is more than just LGBTQ+ rights, this is Human Rights ️‍ pic.twitter.com/lSYZUaijqm

FIFA may have banned England from wearing a Pride Armband on field at the World Cup, but English analyst Alex Scott is wearing it on the sideline as she broadcasts to the Nation. Positivity 1 Dystopia 0 pic.twitter.com/AUlLJ6gRjb

Other nations have made statements and displays during the tournament’s buildup, with the majority taking place on social media or behind closed doors. Qatar had announced that fans would be permitted to display messages, signs or flags promoting various causes but displays on the pitch are another matter.

Only England has taken to the field in compliance with FIFA’s directive, but as the World Cup continues, it remains to be seen whether other nations such as Holland, Germany and Denmark will proceed.