Why Didn't Weston McKennie Play In The Juventus-Barcelona Friendly? 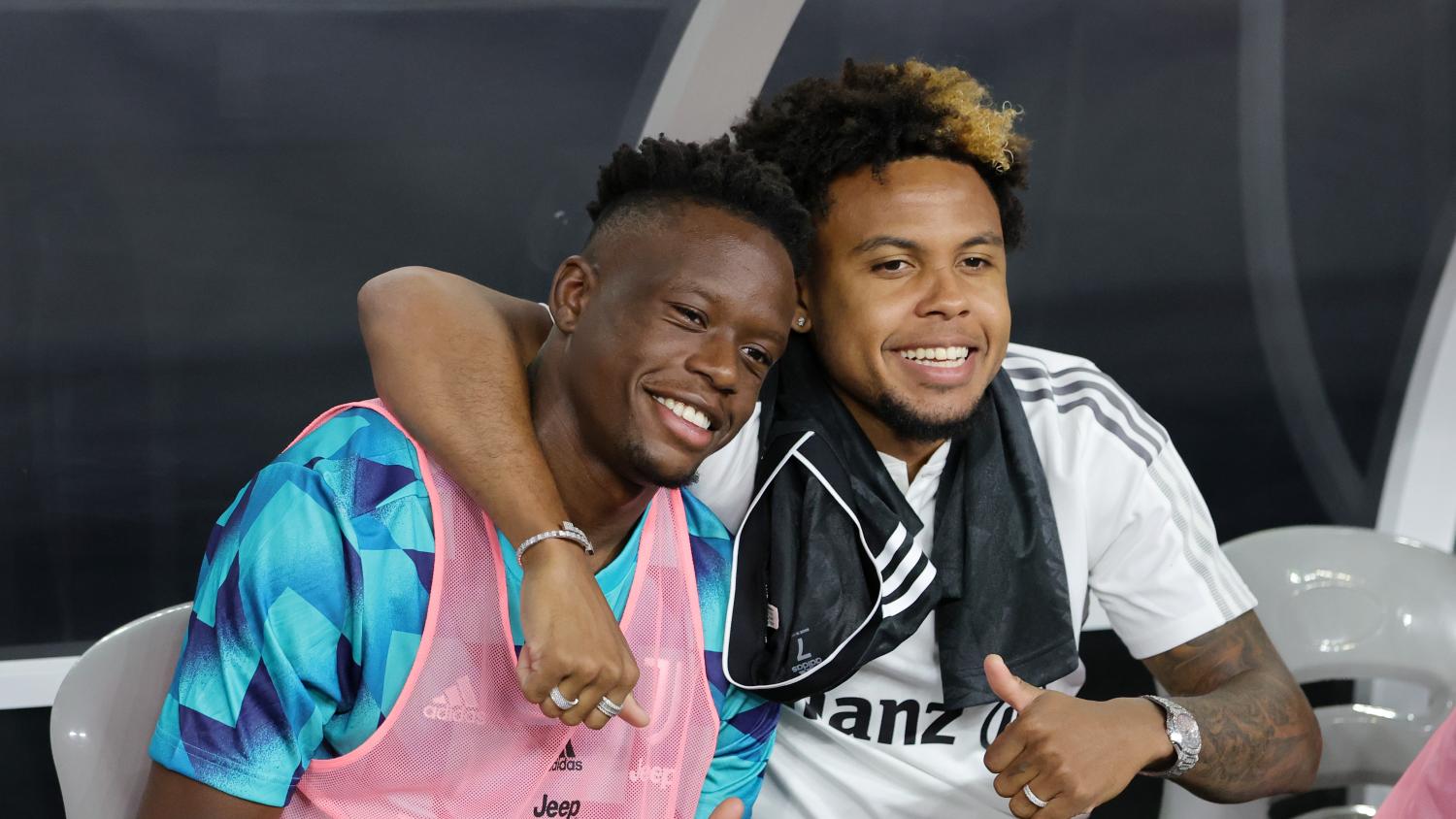 The American has yet to make an appearance on for Juventus on his home turf.
Ethan Miller | Getty Images

Juventus and FC Barcelona squared off in Dallas on Wednesday night for another preseason friendly. The teams displayed their attacking prowess for 90 minutes with the spoils ultimately shared finishing 2-2, but Weston McKennie, a Dallas-area native, was strangely kept on the bench.

Are they just not gonna play McKennie in Texas?

Juventus started with Manuel Locatelli, Denis Zakaria and Nicolò Rovella in the center of the midfield. Head coach Massimiliano Allegri opted to keep the latter pair in for the entire match and replace Locatelli with Nicolò Fagioli with a half hour remaining. But why didn’t McKennie feature?

Juventus has opted for a less experienced squad during its American Tour, with at least six players aged 20 and under registering serious minutes. It may be the case that Allegri doesn’t want to risk injury to a player who has already established himself in the team. Add in the news of Paul Pogba’s latest injury, which could sideline him for as long as three months, and it seems fair to rest his most valuable assets.

❌ Juventus confirm that Paul Pogba has picked up a meniscus injury that may require surgery which would rule him out for months. pic.twitter.com/bdeHfxPj8z

What is strange is that he didn’t feature in Juventus’ first preseason game against Chivas either. McKennie is one of the club’s most marketable players, especially during a preseason trip to the United States, so one would think it would be smart to maximize his potential while they are stateside. Juventus’ final stop on its American trip takes the club to Los Angeles where it will take on Real Madrid. Allegri came out Wednesday in an effort to squash the rumors surrounding McKennie by showing his support for the young American and reassuring fans he will likely feature in Saturday's match.

Massimiliano Allegri on when will Weston McKennie finally play:

“McKennie will be back with the team tomorrow and will be able to play on Saturday. He is an important player for us.” pic.twitter.com/FT4Vm1EG5a

Juventus looked to be chasing Barcelona for much of the game, but thanks to a Moise Kean brace, the two sides finished level.

Ousmane Dembélé showed exactly why Barça was right to keep him around, as he danced through the Juventus defense, embarrassing both Alex Sandro and Juan Cuadrado with similar solo runs into the box and smashed home twice to claim a brace of his own.

The goals were beautiful, but who had the better celebration tonight? ⚔️ pic.twitter.com/AZkjyzjcVG

Barcelona’s next preseason test will be Saturday as the Blaugrana travel east to take on the New York Bed Bulls.