Ashley Hatch Scores A Stunner While Mic'd Up During USWNT Training 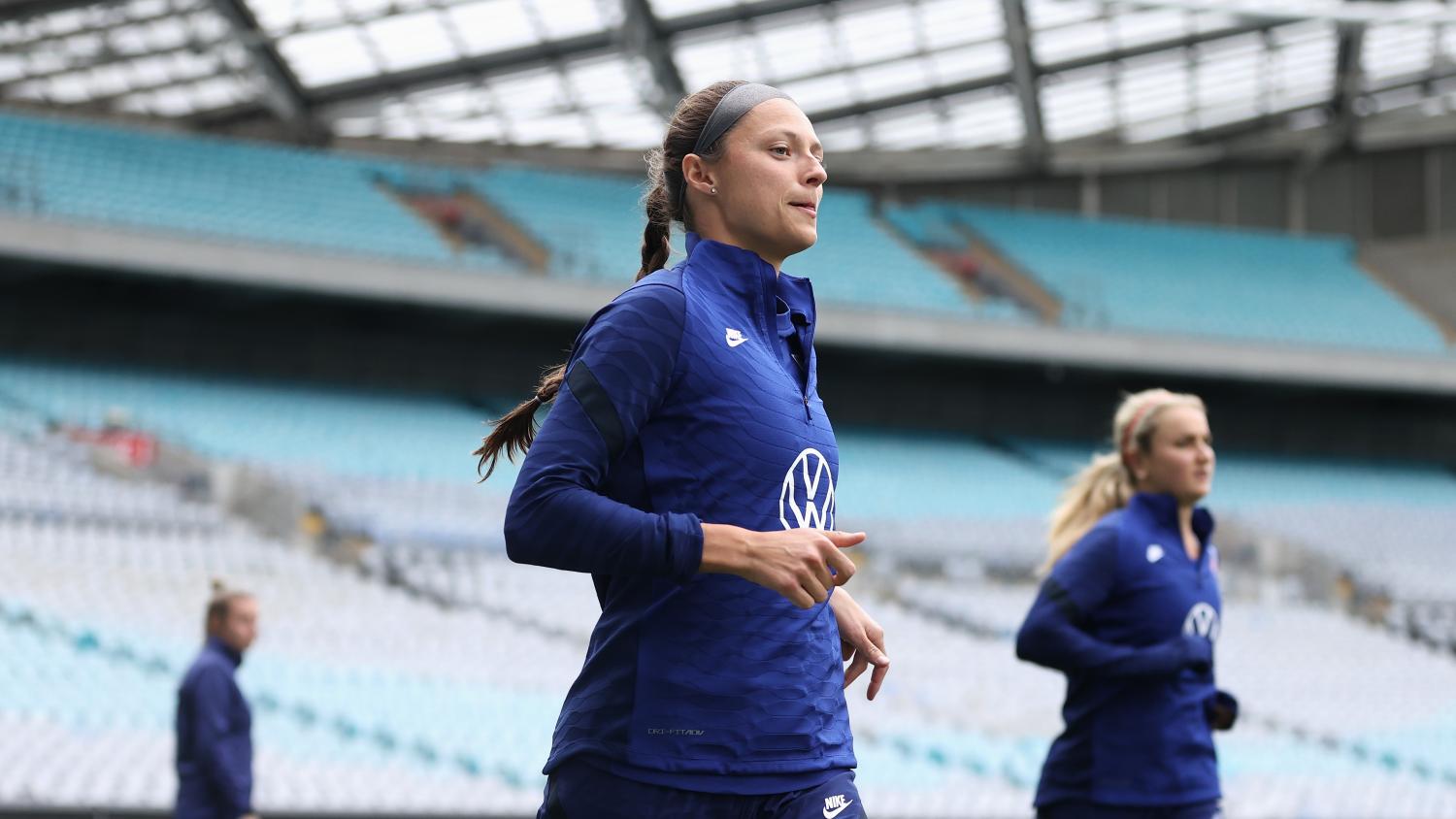 The USWNT wraps up its annual January Camp in Austin, Texas, on Friday after 10 days of work that's served to allow Vlatko Andonovski a closer look at some fresh faces, including 13 players (half the roster) with 10 caps or fewer.

Rising through the ranks ✨

The NINE U.S. Soccer Young Female Player of the Year winners in our January Camp pic.twitter.com/dM5LICHKZA

Without a match to look forward to, we've had to make due with whatever U.S. Soccer is willing to share with us on social media. Wednesday we got a YouTube video featuring a mic'd up Ashley Hatch.

The reigning NWSL Golden Boot winner has only four previous caps, so she's not exactly a vocal leader on this U.S. squad yet, but I did go ahead and turn one finish into a gif because holy Marta, this is a crack.

Other than that, we also know Andonovski and Rose Lavelle will be sworn enemies come Sunday with the manager rooting for Kansas City and the midfielder being a Cincinnatian through and through.

Sonnett's Snippets: (the other) Football Edition

Following camp, the players will report to their NWSL clubs for preseason training. The 2022 season effectively begins Feb. 1 with a six-week preseason period before the start of the Challenge Cup on Saturday, March 19.

The USWNT reconvenes in mid-February for the SheBelieves Cup. The U.S. will play games against the Czech Republic (Feb. 17), New Zealand (Feb. 20) and Iceland (Feb. 23) with the first two at Dignity Health Sports Park in Carson, California, and the final one at Toyota Stadium in Frisco, Texas.

The squad then plays two friendlies in April and two in June before traveling to Mexico in July for the 2022 Concacaf W Championship, which serves as the qualifying competition for both the 2023 World Cup and 2024 Olympic Games.