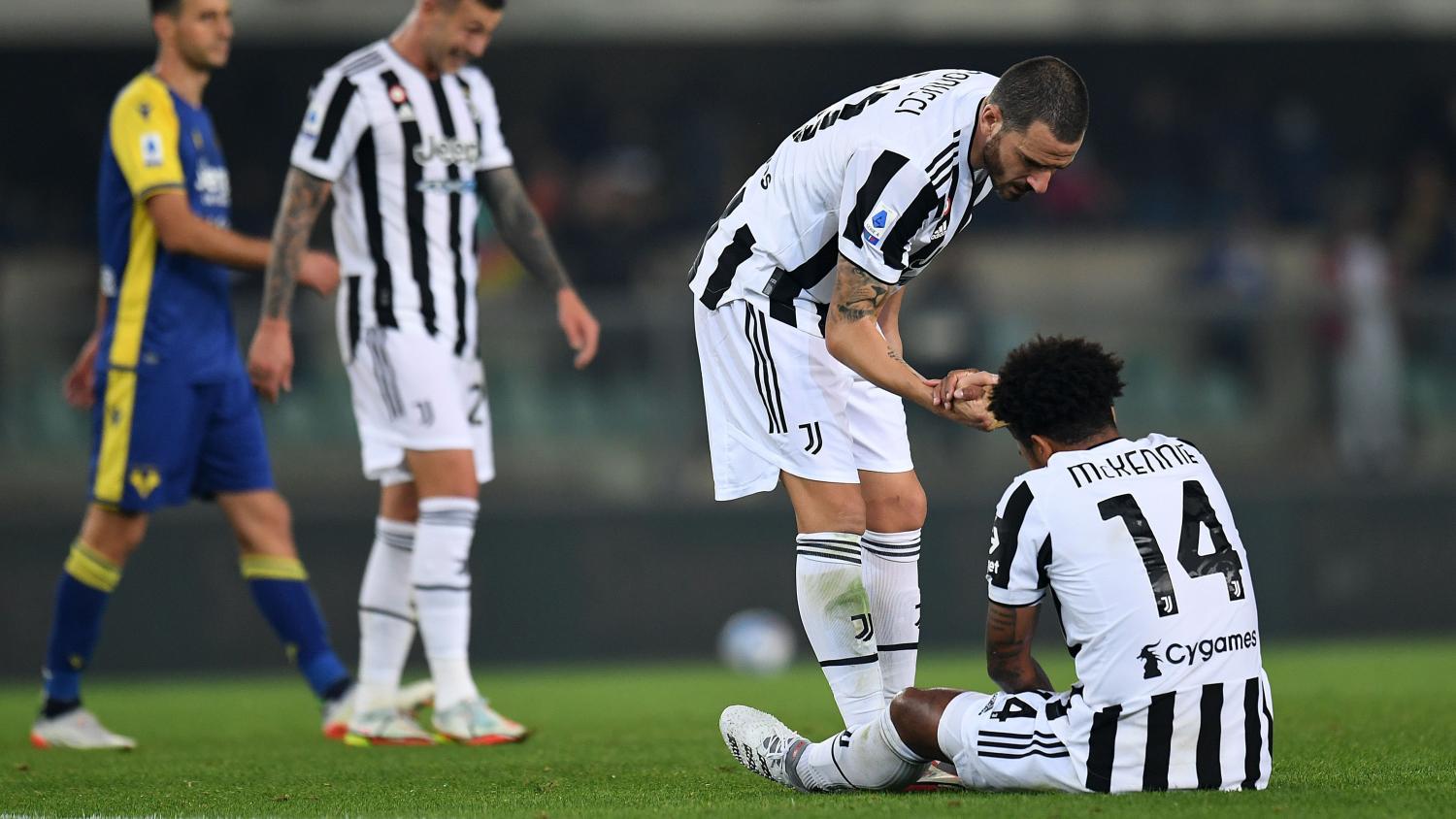 McKennie scored for a second straight game, but he was upstaged by Giovanni Simeone.
Getty Images

Weston McKennie scored for a second straight match, but a man who is in even finer goal scoring form struck twice as Juventus lost yet again, this time 2-1 to Hellas Verona on Saturday.

Giovanni Simeone — son of Atlético Madrid manager Diego — followed up his four-goal performance against Lazio on Sunday by scoring twice against Juve in the first 15 minutes on Saturday. The first was a simple tap-in; his second was an absolute worldie that proved to be the match winner.

With eight goals from 10 matches (including six this week alone), Simeone is now second in the Capocannoniere race behind Ciro Immobile’s nine, one ahead of Edin Džeko’s seven. The 26-year-old is already more than halfway to his career high of the 14 Serie A goals he scored for Fiorentina in 2017-18. Fun fact: Simeone’s only international goal in five caps was scored in Los Angeles when Argentina beat Guatemala 3-0 during a friendly in Sept. 2018.

Simeone might be the only man in better goal scoring form in Italy than McKennie. The American scored during a midweek defeat to Sassuolo and found the back of the net again on Saturday. While Wednesday’s goal was a soaring header, his strike on Saturday was reminiscent of a clinical striker like Karim Benzema.

McKennie started the match on the bench but came on in the 58th minute as part of Massimiliano Allegri’s attempts to kickstart a comeback. Moments after coming on, McKennie had a shot on target with his first touch.

The 23-year-old Texan did find the breakthrough Juve was looking for in the 80th minute. McKennie found space near the top of the box and made two tidy touches before rocketing a shot past Lorenzo Montipò.

Unfortunately for McKennie, for the second straight game his goal was in vain in a 2-1 defeat.

With the win, Hellas Verona leapfrogged Juventus into eighth place. With 15 points, the ninth-place Bianconeri are 13 points behind league-leading Napoli and AC Milan, which both have a match in hand.

McKennie has been excellent of late for Juventus, but if Allegri is going to rely on the American midfielder to make up for the goals lost from Cristiano Ronaldo’s departure, it’s going to be a long season in Turin.