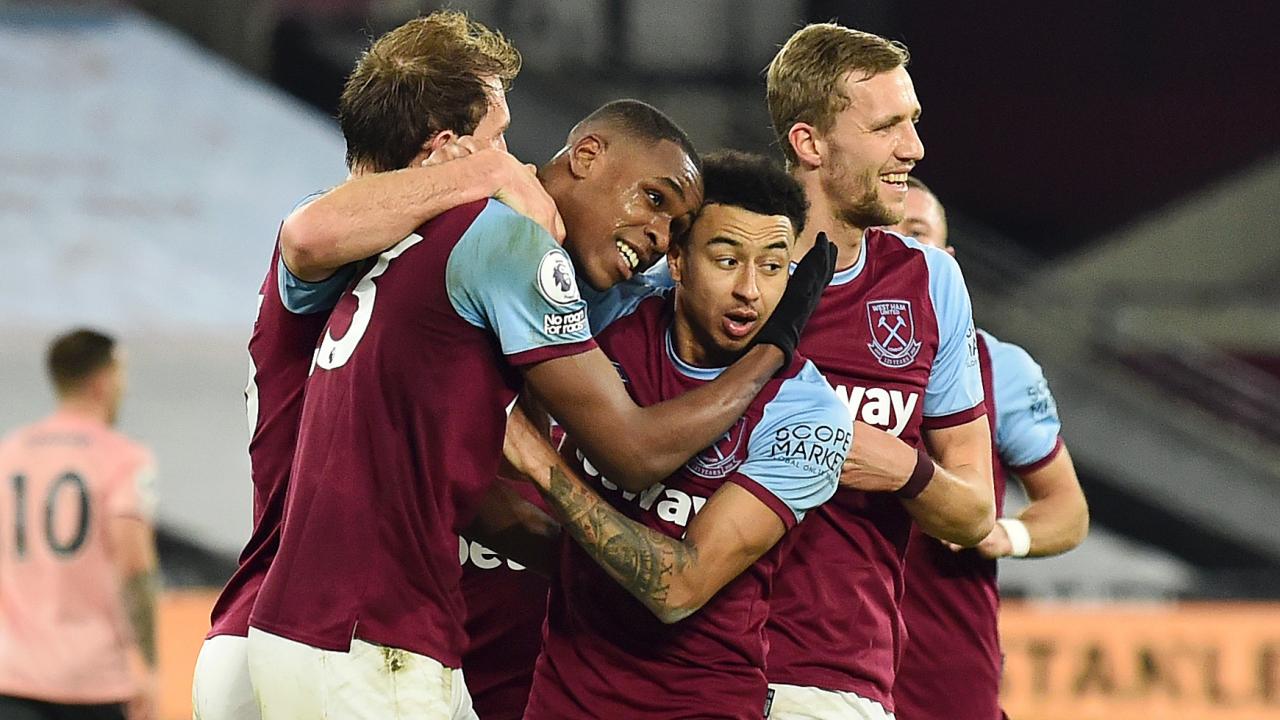 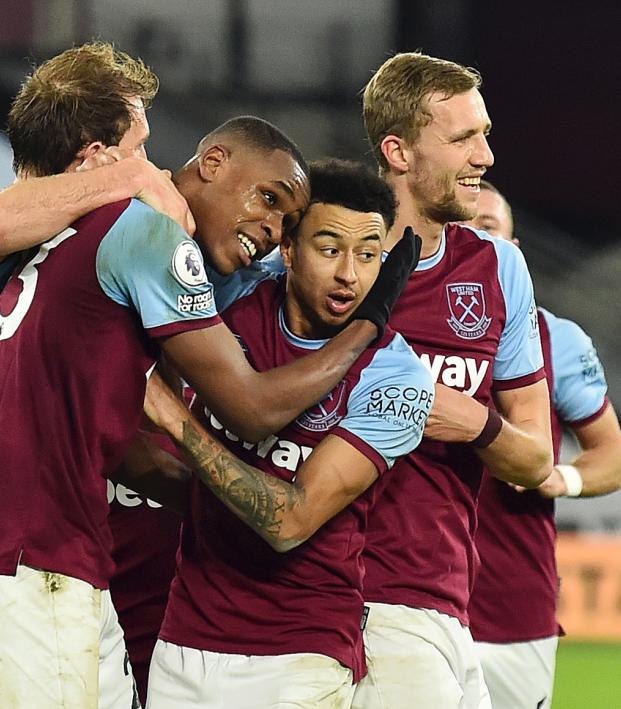 Reuters February 15, 2021
The Hammers have two more points than Liverpool.

LONDON - West Ham United moved into the top four of the Premier League standings after an efficient 3-0 home win over bottom side Sheffield United at the London Stadium on Monday.

Declan Rice's 41st-minute penalty had the hosts in front at halftime. Issa Diop added a second in the 58th minute with a header and Ryan Fredericks scored with the last kick of the game.

David Moyes's team controlled the majority of proceedings against a spirited Sheffield United, who again paid a price for individual errors. The result meant West Ham moved on to 42 points, jumping from sixth to fourth above champions Liverpool on 40 and Chelsea, who have 39 points but were hosting Newcastle United later on Monday.

A fourth win in their last six league games boosted West Ham's hopes of a place in European club competition next season while keeping the Blades at the foot of the table with 11 points from 24 matches.

"If you look at last season when we were fighting relegation to where we are now, there's been a massive improvement," said captain Rice. "It's massive to be in the top four and we need now to be pushing ourselves week in and week out."

The visitors received an early let off from VAR after Enda Stevens gave away a needless spot kick for a shove on West Ham defender Craig Dawson, as both were chasing the ball after goalkeeper Aaron Ramsdale had parried away a Rice free kick. A VAR check found Dawson was offside when Rice struck the free kick, so the penalty was ruled out.

But six minutes from halftime, Blades defender Chris Basham tripped Jesse Lingard in another clumsy challenge to hand West Ham a first penalty of the league season, which Rice tucked into the corner. Lingard again injected pace and energy into the West Ham attack as he continued to impress early into his loan spell from Manchester United.

West Ham doubled their lead when Diop headed home from Aaron Cresswell's corner. It followed shortly after the best chance for the visitors when David McGoldrick’s headed effort was tipped over the crossbar by Łukasz Fabiański.

Fredericks tucked away a shot deep in stoppage time after being set up by fellow substitute Saïd Benrahma to round off a satisfying evening for the hosts.