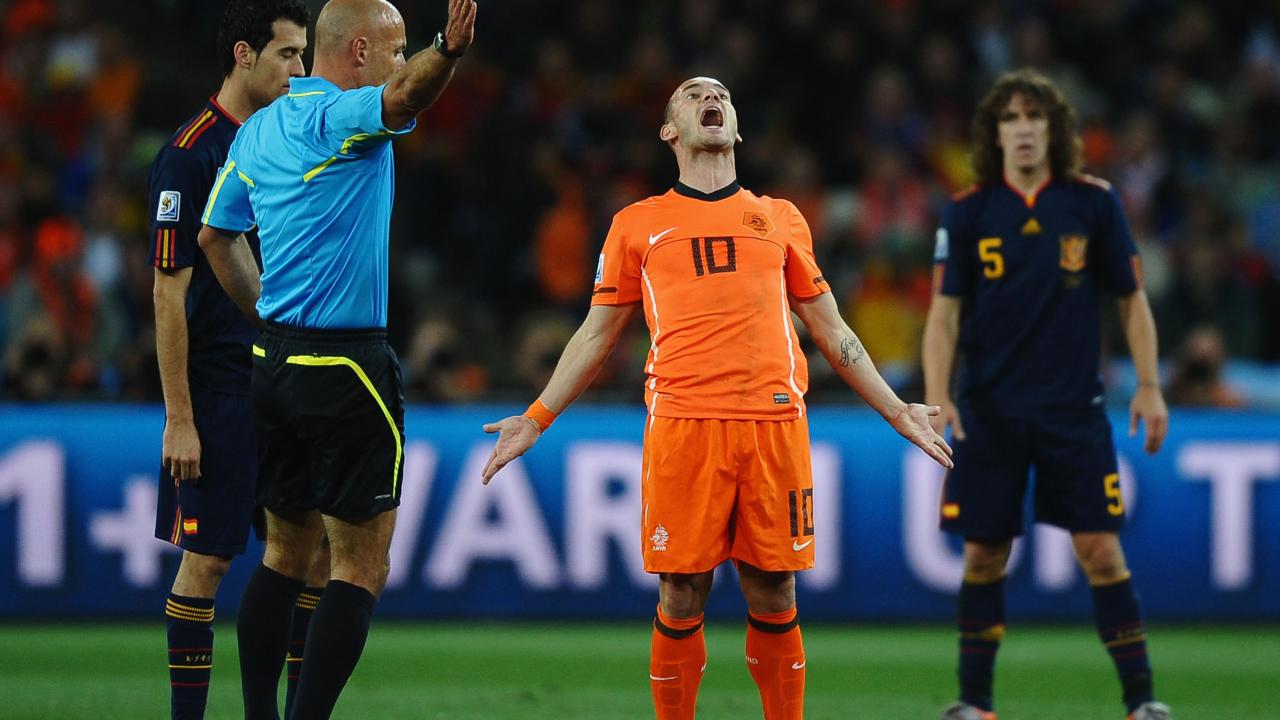 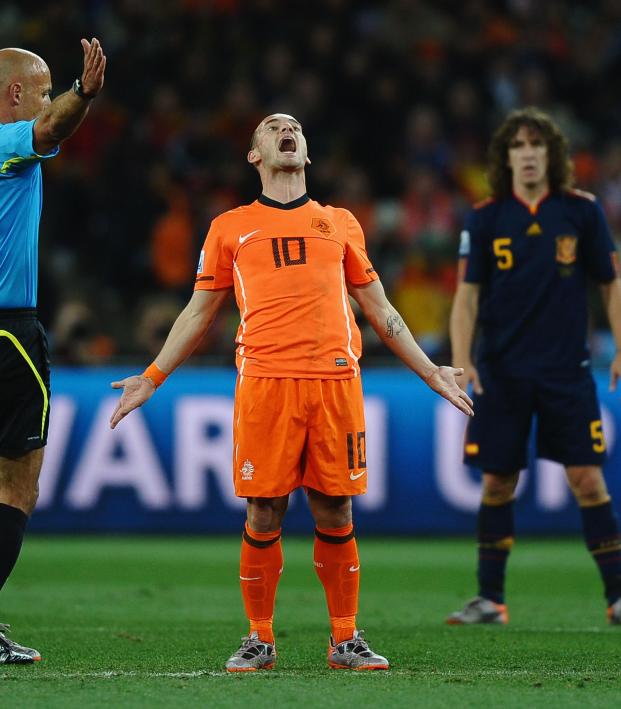 Of the 14 players to appear for the Netherlands during the 2010 FIFA World Cup Final against Spain, only goalkeeper Maarten Stekelenburg (Everton), midfielders Nigel de Jong (Al-Shahania) and Eljero Elia (İstanbul Başakşehir) and defender Edson Braafheid (Austin Bold FC) remain in the game.

Today, at the age of 35, Wesley Sneijder officially announced his retirement, joining the likes of Arjen Robben, Robin van Persie, Rafael van der Vaart, Dirk Kuyt, Mark van Bommel and Giovanni van Bronckhorst in calling it a day. This golden generation led the Netherlands to a second-place finish at the 2010 World Cup and third place at the 2014 competition, but they're all gone now.

Sneijder’s international career ended last year with 134 caps to his name — the most in the history of the Dutch national team — and 31 goals. He last played club football in Europe during the start of the 2017-18 season with France’s Nice, but after failing to score in eight appearances for the club he was released and signed with Qatar’s Al-Gharafa.

Sneijder also captured the Champions League in 2009-10 with Inter while scoring three goals in 11 matches and finishing as the competition’s leading assist provider. The Dutchman finished fourth in 2010 FIFA Ballon d’Or voting.

Sneijder has recently signed a deal with Dutch side FC Utrecht to be part of the team’s Business Club. I think that’s just a fancy way of saying that he’s now a brand ambassador for his hometown team.