USWNT Needs To Find Its Shooting Boots After Mediocre 3-0 Victory Vs. Costa Rica 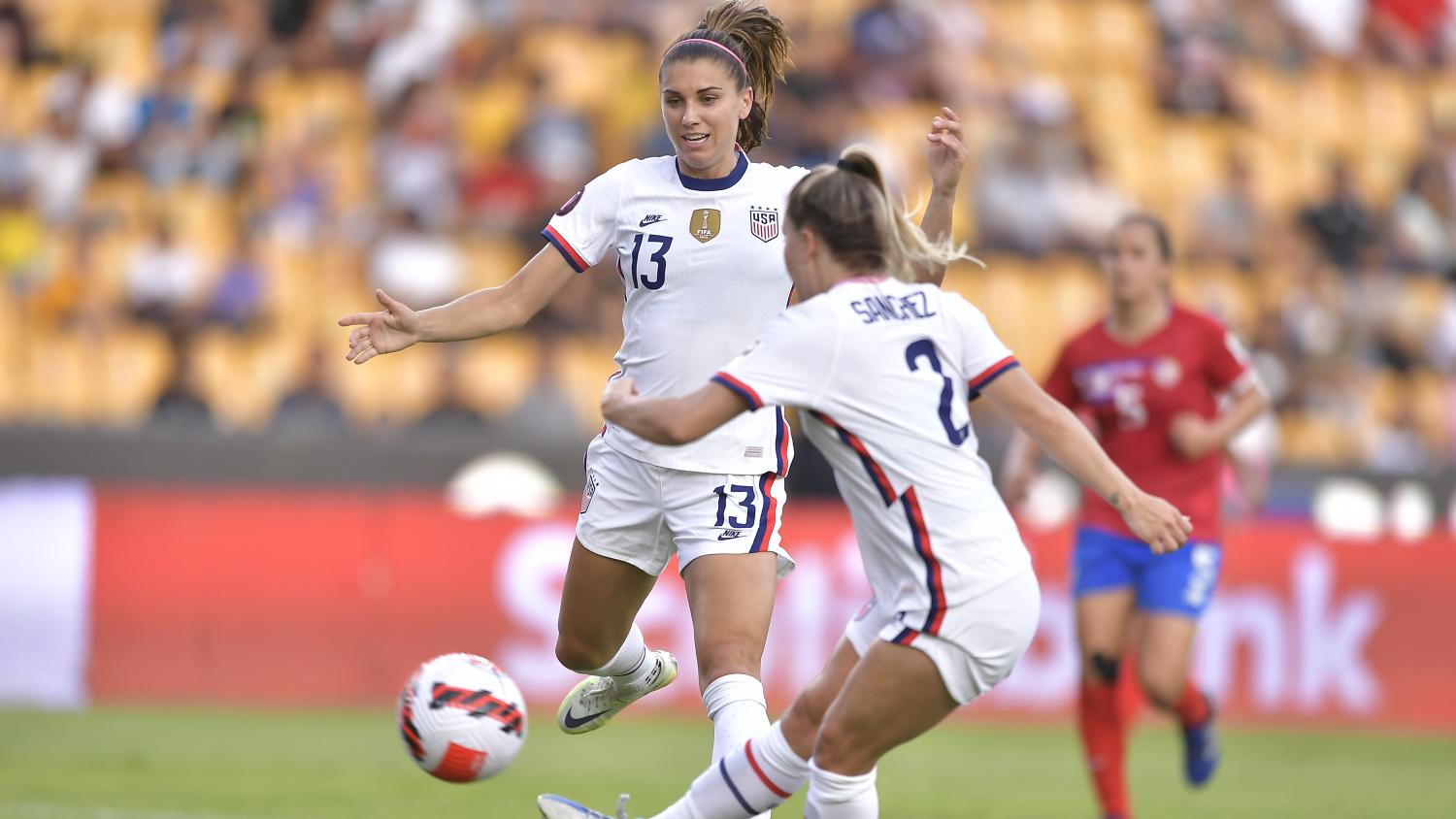 That Rose Lavelle backheel was great though.
Getty Images

Thursday’s semifinal was frustrating at times for the USWNT as the team couldn’t put away golden opportunities. Alex Morgan failed to score two big chances in the opening 20 minutes.

In the third minute Sofia Huerta put it on a plate for Morgan but the San Diego Wave star saw her shot whack the post. Then 14 minutes later it was Mal Pugh finding a wide-open Morgan eight yards from goal but she put her effort wide.

The USWNT found the opener in the 34th minute with Emily Sonnett bundling the ball over the line after a corner kick. The ball was practically doing a pinball impersonation in Costa Rica’s box before Sonnett poked in her first international goal.

USWNT head coach Vlatko Andonovski should be worried about his team’s finishing abilities. A disappointing 1-0 victory vs. Mexico was bad enough and those struggles carried into the Costa Rica game. Sophia Smith was in on goal just before halftime and shot it right at the goalkeeper. She also missed a sitter in the 58th minute.

One bright moment for Andonovski’s side came on the stroke of halftime when the U.S. doubled the lead through Pugh. A filthy backheel assist from Rose Lavelle helped set up Pugh’s first goal in the tournament.

.@roselavelle with the backheel to set up the @MalPugh goal for the @USWNT

The second half saw little production in the final third from the USWNT. The sole goal of the half came when Ashley Sanchez netted the third in the final seconds of the game.

Andonovski said earlier in the week that his team isn’t ready for the World Cup.

USWNT head coach Vlatko Andonovski says his side are 'probably not ready' if the World Cup was tomorrow. pic.twitter.com/kLSf6GGXdW

The USWNT demonstrated that during Thursday’s game.

Many times, there was an overall lack of creativity in Costa Rica’s final third. If the lack of lethal offense continues it will hurt the U.S. against the better teams *cough* Canada.

No team from the Concacaf W Championship has truly tested, or scored on, the USWNT. Opponents have only managed 18 shots against the Americans so far and Costa Rica only had two.

Barring a major upset, Canada should be the team that will take on the U.S. in the final. That game will be the first real look at if this USWNT has made any progress a year after its third-place finish at the Tokyo Olympics.