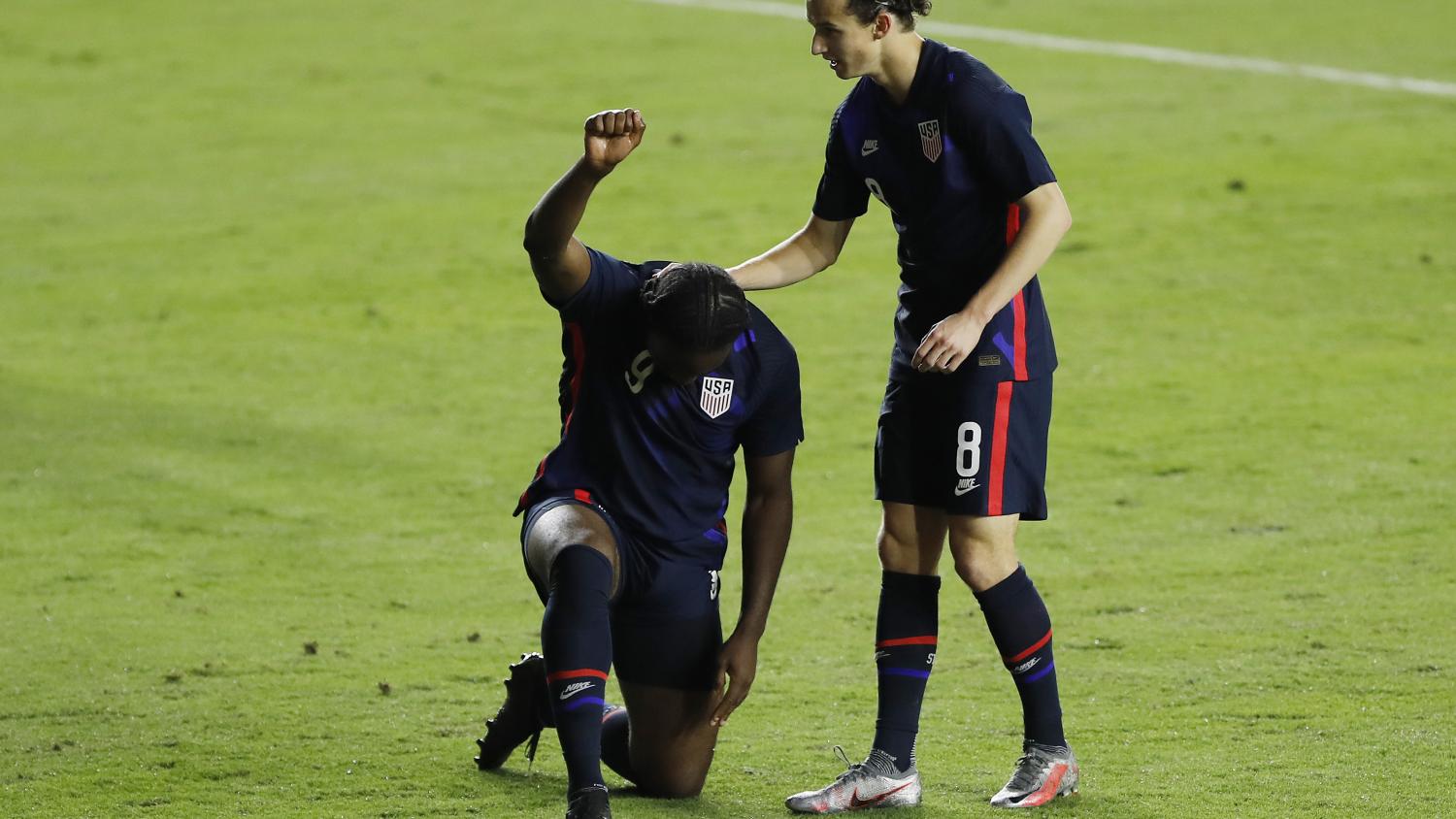 USMNT concluded a near-perfect year for U.S. Soccer with a pasting of El Salvador.
Getty Images

I think we can all agree 2020 has been a really great year, right?

Sure, there was a global shutdown because of a horrible pandemic that has killed more than 1.5 million worldwide. And yes, there was a nasty U.S. presidential election in which a record number of people voted for the candidate you didn’t like. Oh and let’s not forget about climate change creating increasingly deadly and costly weather-related destruction.

But you know what? The USMNT and USWNT finished undefeated in 2020. So, overall, pretty good year.

Gregg Berhalter’s USMNT closed out the 2020 campaign with a 6-0 demolition of a meek El Salvador on Wednesday night in Fort Lauderdale, Florida. The U.S. men finished the year with three wins and a draw, unbeaten for the first time in recent memory.

Meanwhile the USWNT won all nine of its international matches, including qualifying for the Olympics and winning the SheBelieves Cup.

But Wednesday was about the USMNT’s young MLS players getting a chance on center stage. And by center stage we mean ESPNews because ESPN didn’t want to interrupt its college basketball coverage on its other channels. The starting lineup with an average age of 24 (about two years older than the team that routed Panama 6-2 last month) provided some fireworks to end the year. With 15 on the USMNT roster eligible for next summer’s Olympics, there was still a little something for these MLS-based players to fight for.

The USMNT blitzed El Salvador with five goals in 11 minutes in the first half. Paul Arriola scored in his first game back from ACL surgery, debutant Chris Mueller netted a couple, Sebastian Lletget reminded you he’s played in every USMNT game this year with a goal and Ayo Akinola got on the scoresheet in just over 10 minutes.

Man on a MISSION!
In his first start since returning from ACL surgery, @PaulArriola gives the an early lead!#USAvSLV pic.twitter.com/hmOBhDTeyL

Da Boy fires home his second goal in as many #USMNT matches!

Anyone else having as much fun as we are?#USAvSLV pic.twitter.com/inh2oT7YA0

Mark McKenzie should’ve made it six before halftime but an incorrect offside flag waved the goal off.

Nonetheless, the American continued to push for goals. Brenden Aaronson scored his first international goal five minutes into the second half.

But things slowed down after that and the match ended 6-0. Bill Hamid even had to make a few saves to get his clean sheet and cap off 2020.

Now if the U.S. can just get people to stop spreading Covid-19 so we can have an even better 2021 after a record 3,000+ Americans died of Covid on Wednesday. Oh and stop contributing to climate change if you can — looking at you, giant corporations who I know read this website all the time.