Making Someone Watch A U.S. Friendly Vs. 10-Man Bosnia Is Now Considered Cruel And Unusual Punishment 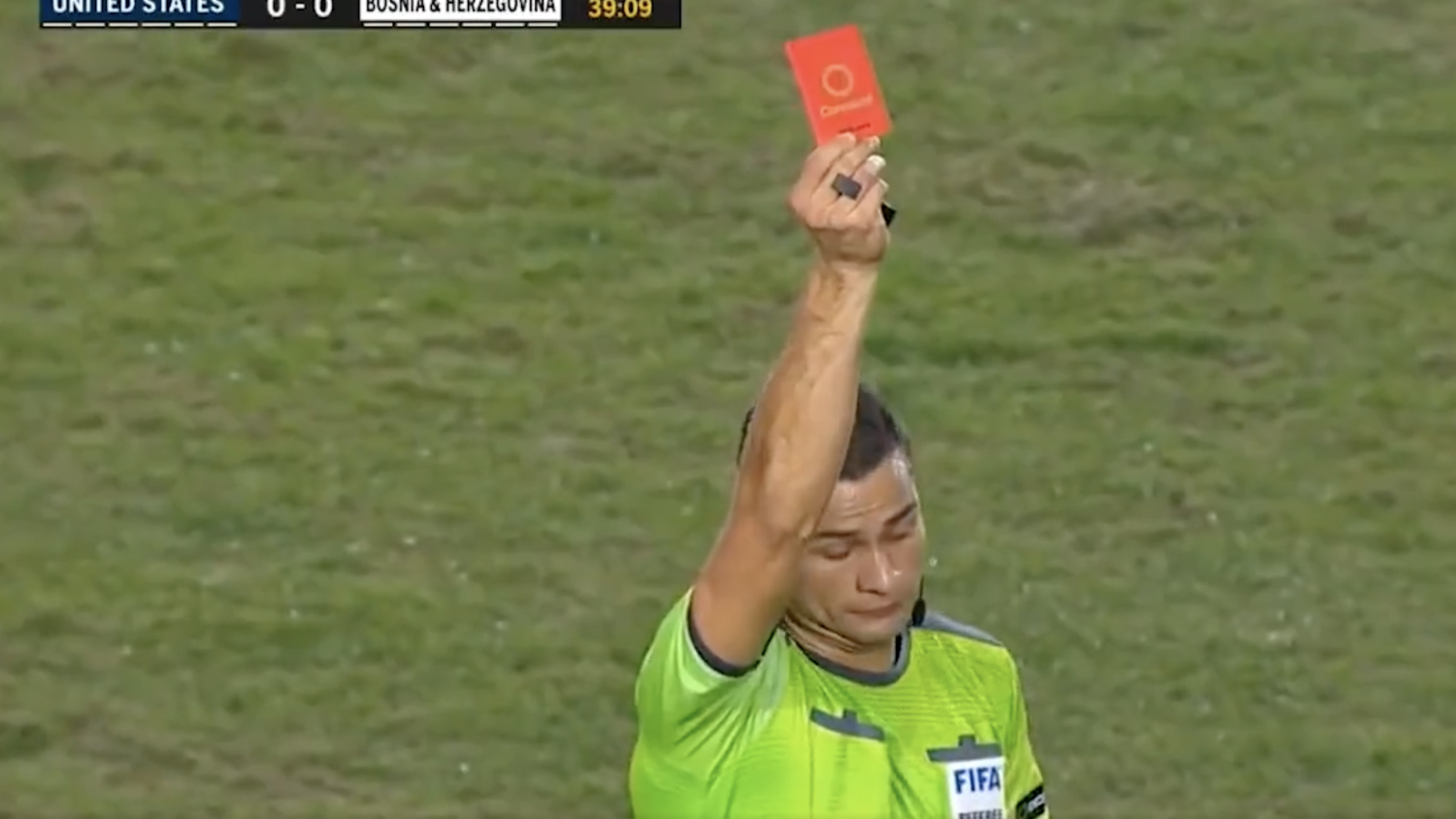 Breaking: Guantanamo Bay is being replaced with an endless livestream of Saturday’s game.
@FOXSoccer | Twitter

My apologies and condolences go out to any poor unfortunate souls who canceled their Saturday night plans to watch the USMNT play Bosnia and Herzegovina. The U.S. defeated Bosnia 1-0 in what was perhaps one of most mundane soccer games ever played.

With it not being an official international break, there was no Christian Pulisic or Weston McKennie caliber of starpower. The purpose of this friendly was a tune-up game ahead of World Cup qualifying in January. This was a chance for some youngsters and fringe players to prove themselves to head coach Gregg Berhalter.

No one really proved anything.

This was a monotonous game of Bosnia dropping its whole team back. The bus parking was only exacerbated in the 40th minute when Kellyn Acosta nearly got his leg snapped by a wild Bosnian blitzkrieg tackle that resulted in a red card.

Bosnia's Amar Begic was shown a straight red for this foul on @USMNT's Kellyn Acosta pic.twitter.com/ZvvOJPQ4oF

Bosnia didn’t bring any experience to the half empty LA Galaxy stadium either. The Balkan country brought a squad that had a grand total of eight combined caps. Most if not all of Bosnia’s players play in the domestic league.

Colorado Rapids youngster Cole Bassett scored the game’s only goal in the 89th minute after being substituted on 12 minutes prior. This was his first goal for the USMNT.

Jonathan Gómez had the initial shot that Bosnia’s 19-year-old goalkeeper fumbled. “JoGo” did have a positive five minutes on the field. I wish we could’ve seen more of him.

Let’s go back to those few fans that did attend. Good God almighty did Fox Sports have no other stadium microphones to choose from? If I hear “dalli dalli dalli U-S-A” or “score a goal and we’ll go f*cking mental” one more time I’m going to put an axe through my TV.

I love the @USMNT but absolutely hate the “We love ya!” chant so I’m watching the match with the sound muted and Christmas music on the stereo. Does this make me a bad fan? #USMNT pic.twitter.com/36gUsxoieI

One positive comment I have is that Bosnia had an away section which was an unexpected but welcome surprise.

I know I'm supposed to root for #TeamUSA @USMNT but mad respect for the Bosnia/Herzegovina fan section bringing the noise for their national team tonight! #USMNT #USAvBIH pic.twitter.com/TJkMMhv9ir

Everything about this game had an off feeling to it whether it was the American youngsters trying to forge any sort of chemistry, the beat-up field that probably hosted a high school football game earlier in the week or a Bosnian player just tackling Walker Zimmerman for the hell of it.

The highlight of the night for the USMNT in my opinion happened before kickoff when Christian Pulisic was announced as the Player of the Year.

He’s the youngest 3x winner of the award » https://t.co/1CBYla1E9G pic.twitter.com/EQXHLcy8r8

Ricardo Pepi was the Young Player of the Year but didn’t play like it against Bosnia with a forgettable performance.

Perhaps my glass is half empty and I’m being an unnecessary grinch of Saturday night’s game, but I can’t wait for Jan. 27 when World Cup qualifying resumes.

The 2021 calendar year for the USMNT ends with 17 victories, a record for the team.