Connor Fleming September 7, 2021
The failure of the last cycle still lingers without a WCQ win.

The USMNT is only two matches into its 14-game CONCACAF World Cup qualifying odyssey, but one look at the early table shows you why Wednesday’s meeting between the U.S. and Honduras in San Pedro Sula is feeling like a must-win.

While qualification obviously doesn’t hinge on the result, there’s a sense that if the tournament successes of the past summer are to have any real meaning, then the U.S. needs to end this September window with its first win of the Octagonal. 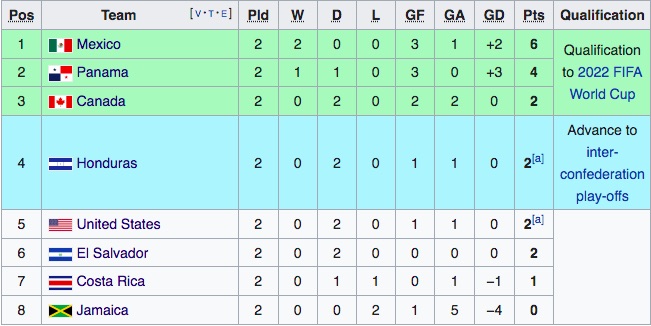 A victory would also end a dreadful run of away results for the USMNT in World Cup qualifying. The U.S. infamously failed to win any of its five away matches during the final round of 2018 WCQ, including a 1-1 draw in Panama.

The shift from optimism to pessimism has coincided with two opening draws that’ve found the Americans bereft of attacking quality. It was only a week ago that we were dreaming of a U.S. midfield three consisting of Tyler Adams, Weston McKennie and Gio Reyna.

All three started in the 0-0 draw with El Salvador on Sep. 2, but Reyna was subsequently ruled out of the Canada and Honduras matches after suffering a hamstring strain in training. McKennie, on the other hand, was a surprise scratch from the Canada lineup after breaking team COVID-19 protocols.

On Monday, it was then confirmed that McKennie’s punishment would extend to the Honduras game. The 23-year-old Texan was sent back to Juventus with Gregg Berhalter confirming the decision in a statement: “Weston will return to Italy and will be unavailable for the match against Honduras due to a violation of team policy. There are high expectations for those who are part of the U.S. men’s national team, and in order to be successful it’s important that everyone in the group is accountable.”

We don’t know what McKennie did, but Landon Donovan does, and the Young American had a measured but extremely disappointed take on McKennie's actions when speaking with Grant Wahl.

Landon Donovan knows the details of what Weston Mckennie did and he’s really really disappointed at him #USMNT pic.twitter.com/OCyHK7Fnaz

This isn’t exactly Raymond Domenech sending Nicolas Anelka home from the 2010 World Cup and triggering a full-scale player mutiny, but it’s a hardline approach from Berhalter that certainly impacts the team’s chances on Wednesday night.

Heading into the incredibly hostile confines of the Olímpico Metropolitano in Honduras, the U.S. now has the following midfield options: Adams, Kellyn Acosta, Sebastian Lletget, Cristian Roldan and Jackson Yueill.

Lletget is a creator from midfield, but the other three MLS-based players aren’t known for that: Roldan has two assists this season, Acosta has one and Yueill has zero.

“We need new ideas at times,” Christian Pulisic said after the Canada draw. “Today we didn’t test them enough. Whether it was not being direct enough or not I’m not too sure, but it just felt like we couldn’t break them down. Obviously they defended well, but we just needed some new solutions and obviously it wasn’t good enough.”

The U.S. controlled nearly 72% possession and out-passed Canada 586 to 231, but the vast majority of it was painfully slow and did nothing to unsettle Canada’s 5-4-1 block.

“We needed much faster ball movement,” Berhalter said. “Everyone could see it, it was just way too long on the ball. It allows Canada to shift. We’re not skipping passes, not playing behind them enough. We have to work on that.”

There was a lot of shuffling of the ball between Miles Robinson, John Brooks and Tyler Adams, but further forward there wasn’t much interplay between Lletget and Brenden Aaronson or Acosta and Pulisic.

Jordan Pefok couldn’t get anywhere near the ball, and we’ll probably see Josh Sargent lead the line again on Wednesday. 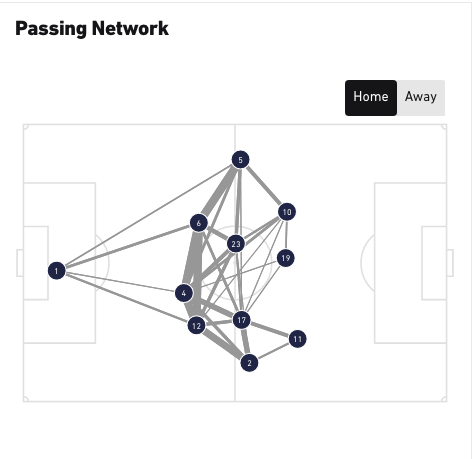 This group looked like it was not only going to win matches but also entertain. We haven’t gotten either of those things yet, and people are getting scared out there — including Jesse Marsch’s Twitter account.

To be honest, it looks like Marsch’s account has been hacked — this is his first “like” since Feb. 26. Also, he’s lost two of his first three Bundesliga games with Leipzig and is probably pretty focused on the small matter of hosting Bayern Munich on Saturday.

How To Watch USMNT Vs. Honduras