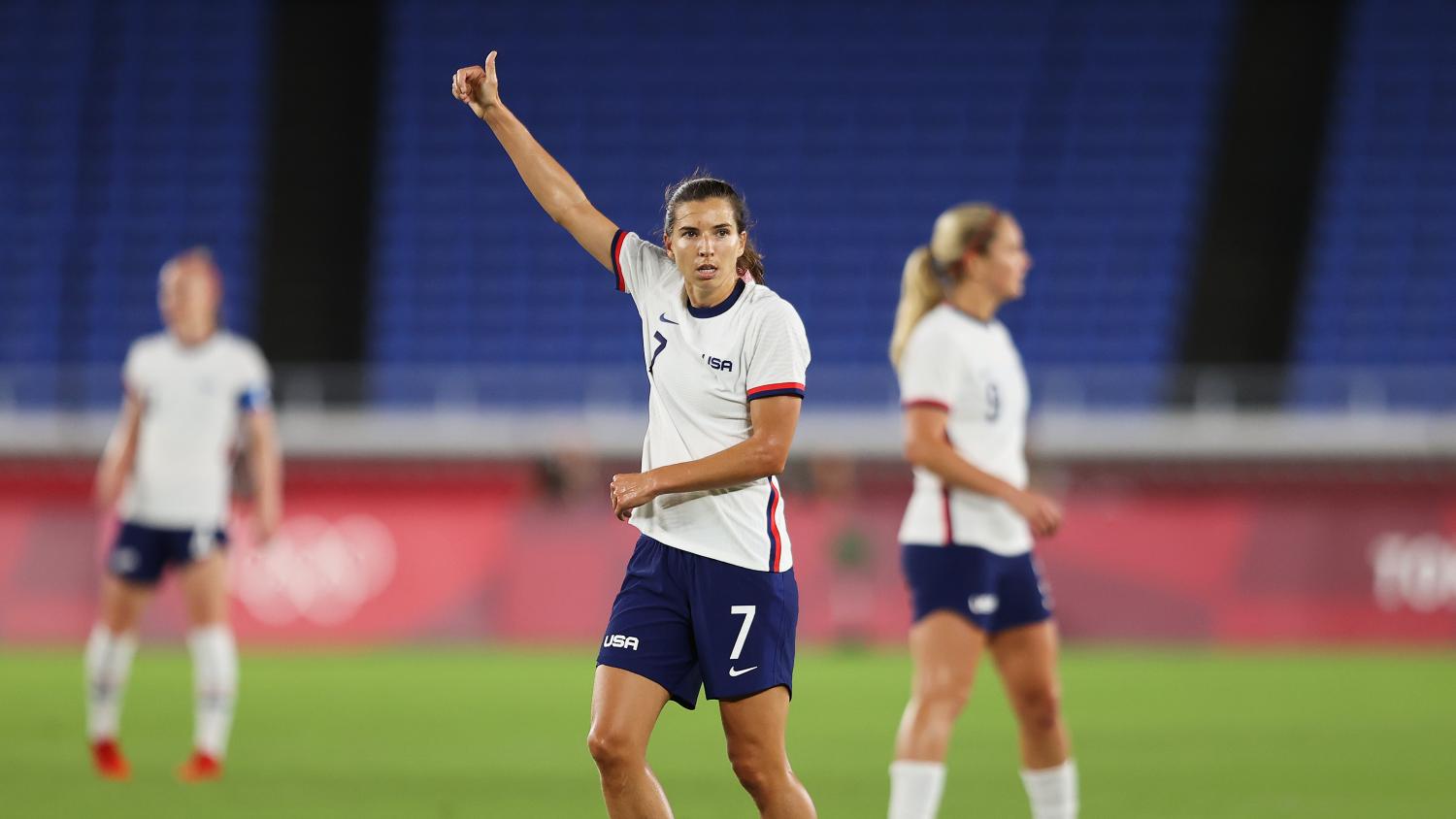 Tobin Heath is returning to the NWSL after a near three-year hiatus and will team up with USWNT teammates Megan Rapinoe and Rose Lavelle at OL Reign, according to The Equalizer.

Heath has spent the past two years playing in the FA Women’s Super League, spending one year with Manchester United and one with Arsenal.

She’s back!@TobinHeath is returning to the @NWSL and signing with @OLReign after her rights were traded from Racing Louisville, per @EqualizerSoccer's @JeffKassouf and @munson_bella. pic.twitter.com/dFhFN2E2CK

Tobin Heath will be returning to the NWSL this season, signing with @OLReign according to The Equalizer's @JeffKassouf & @munson_bella. pic.twitter.com/ZyKFPwHAxz

Heath is quite familiar with playing in the northwest as she was part of the Portland Thorns from 2013 through 2020 and helped the team win the 2013 and 2017 NWSL Championships.

Injuries have been an issue for Heath in recent years as she will look to get back to form with OL Reign. Last season with Arsenal, several injuries including a hamstring issue saw her only make three starts in nine FA WSL appearances along with four appearances in the Champions League.

If Heath can return to full health, OL Reign will be in need of the fire power. Through eight NWSL games the club has scored six goals, tied for second-lowest in the league.

OL Reign will be short several key players for some games in July as five were called up for the Concacaf W Championship.

Called UP! Join us in cheering on @USWNT for June friendlies!

Heath is still returning to full form and wasn’t included in the latest USWNT roster.