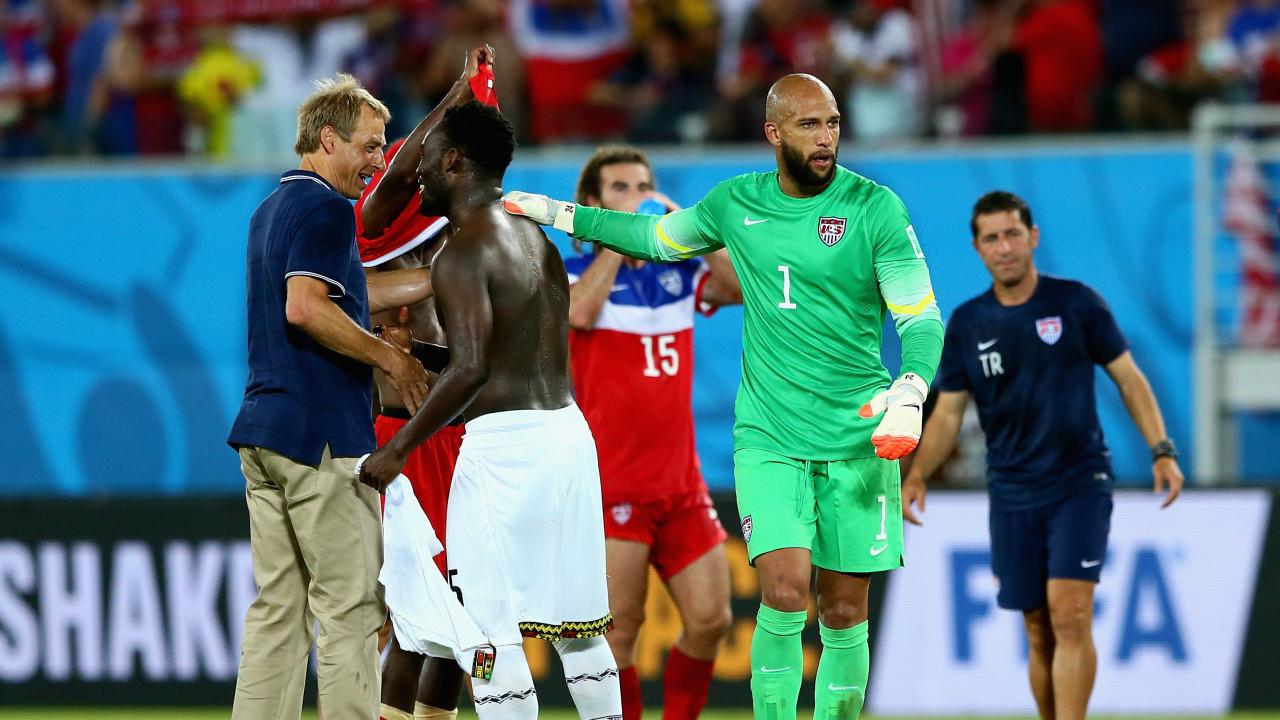 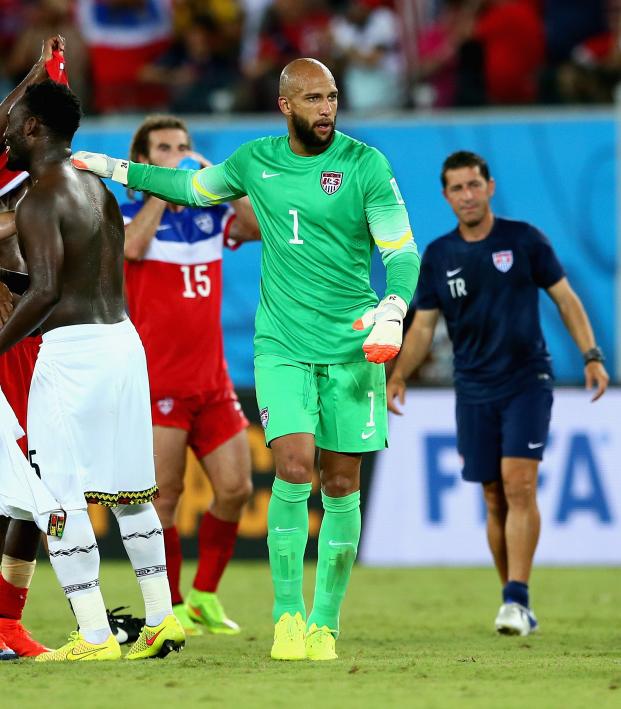 Jürgen Klinsmann Did Not Want To Start Tim Howard Vs. Belgium At 2014 World Cup

We’re 68 minutes into last night’s MLS meeting between the New York Red Bulls and Real Salt Lake at Red Bull Arena with the home side leading 3-0. It’s a fairly innocuous time in the grand scheme of things, but MSG Network broadcaster Shep Messing — who covered the ’86, ’02 and ’06 World Cups for ESPN — is about to drop an absolute bombshell on viewers with regards to the USMNT at the 2014 World Cup.

New York's play-by-play announcer, Steve Cangialosi, is riffing on RSL’s Kyle Beckerman and how, after starting all three group matches and helping the U.S. navigate the “Group of Death,” the defensive midfielder was controversially dropped by Jürgen Klinsmann for the Round of 16 match against Belgium.

Without Beckerman, the U.S. yielded 39 shots, including 17 on target. Tim Howard famously saved 15 of those — a World Cup record that’ll probably never be broken — but this is where Messing comes in.

Perhaps this is known in certain soccer circles, but this is an absolute bombshell to everyone else: According to Messing, Klinsmann did not want to start Howard against Belgium.

This is one hell of a story from Shep Messing (volume up).

And it’s since been somewhat confirmed by MLS' Matthew Doyle, although Messing was being a bit hyperbolic with regards to the timeline of it all.

FWIW I've had a couple of folks reach out to me and tell me this story is true, though the timing is off a little bit. Was more like 2-3 hours before the game, not 30 mins.

I imagine we'll get official confirmation when Howard releases an autobiography in a couple years.

Klinsmann will still rest easy knowing that he got to bring on Chris Wondolowski for the ineffective Graham Zusi in the 72nd minute.