One Game, One Goal — USWNT Newcomer Taylor Kornieck Scores On Her International Debut

San Diego Wave midfielder Taylor Kornieck had an unforgettable night on Saturday when made her USWNT debut and netted her first goal. The 23-year-old got on the end of a Megan Rapinoe free kick in the 90th minute and flicked it off her head to the far post to make it 3-0.

Double check our math, but @taylorkornieck has scored in 100% of the #USWNT matches she's appeared in pic.twitter.com/wb22ii7rKc 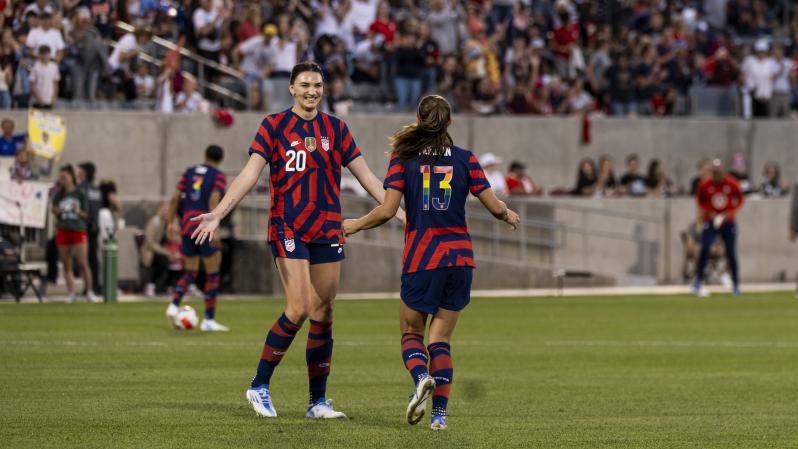 Kornieck is the first USWNT player in six years to score on her debut and the 21st to do it. Kealia Ohai was the last to do so.

For those curious on how tall she is, Kornieck is tied for the tallest player in USWNT history at six feet one inch and felt on top of the world after the game.

“It just means everything to me. It’s been my dream since I was a little girl and scoring obviously wasn’t part of the plan but it’s a good perq,” Kornieck said.

Kornieck plays for San Diego Wave FC and played for the University of Colorado before that. In her first CAP and return to Colorado she was substituted on in the 73rd minute. Rapinoe was brought on several minutes later and said that she and Kornieck had talked about her scoring Saturday night.

“We talked about it right before we both went in,” Rapinoe said. “Obviously having a target like that is ridiculous so it was kind of fun I was like, ‘no fucking way this is going to happen on her first CAP.’” 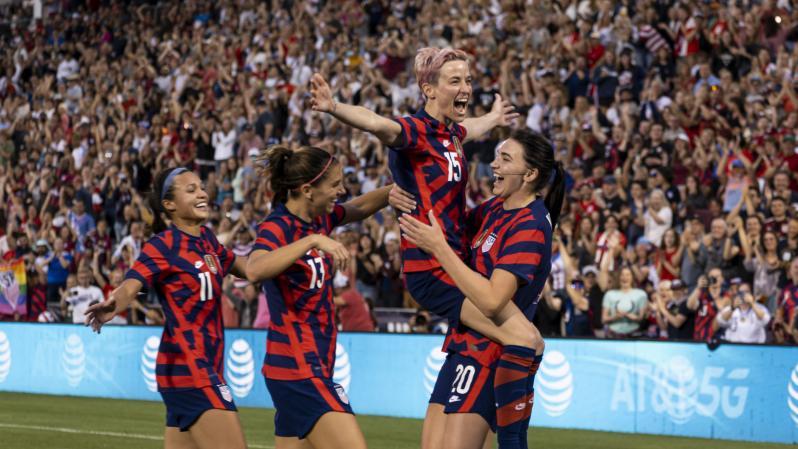 Rapinoe wasn’t the only one giving Kornieck high praise as USWNT head coach Vlatko Andonovski said he was pleased with her debut.

“Taylor has been very good in training, and we wanted to give her minutes to get her through some stress, nerves and anxiety of her first CAP,” Andonovski said. “We believe that we will need her when we’re in the tournament (Concacaf W Championship).”