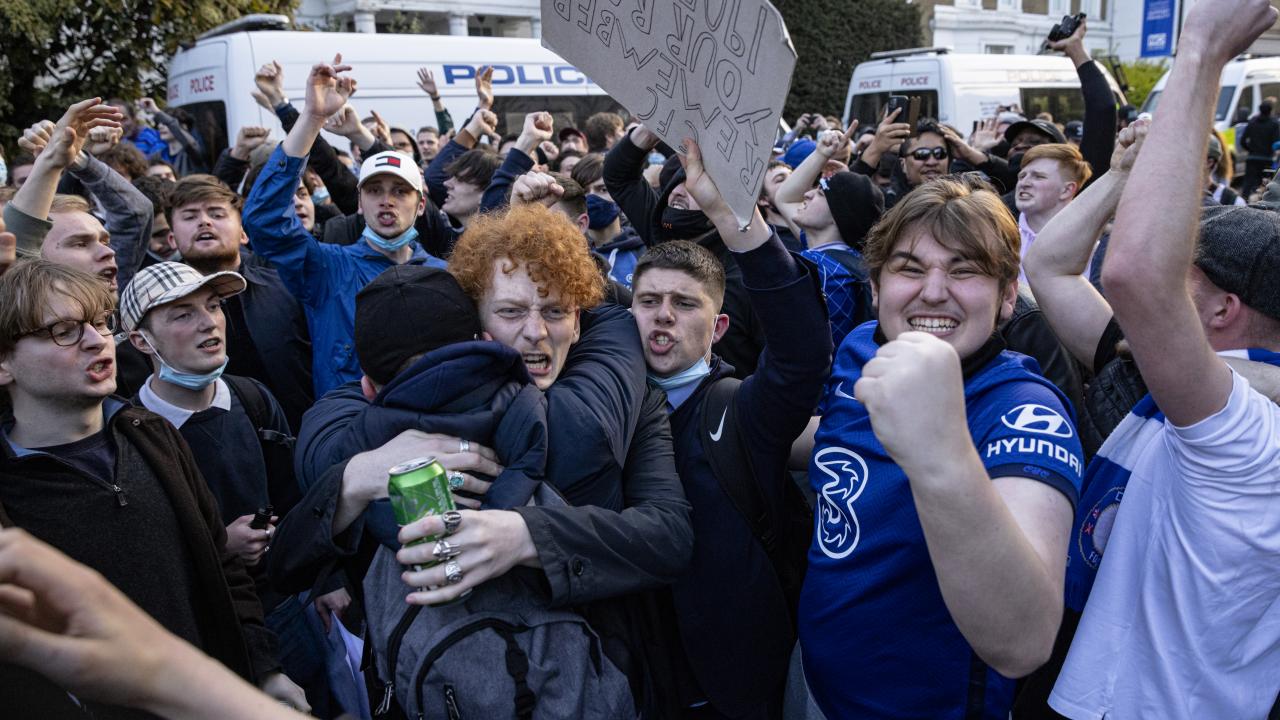 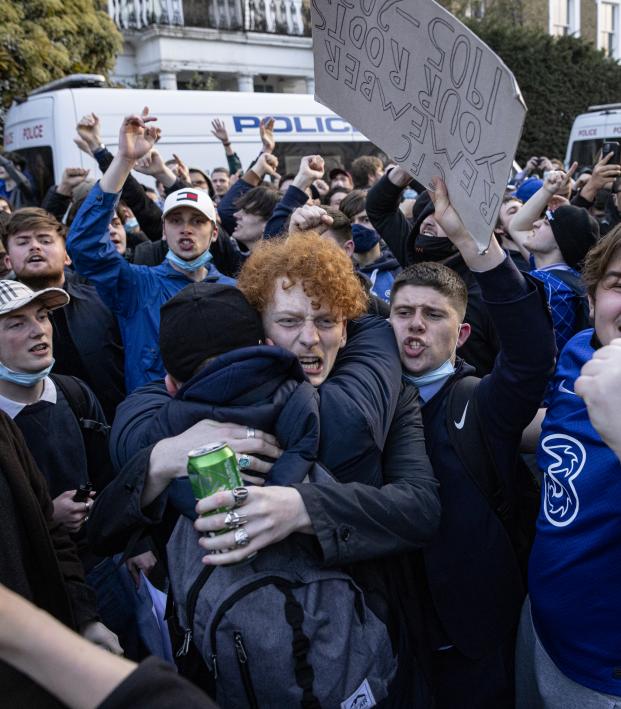 Reuters April 20, 2021
Manchester City became the first to officially withdraw, and others appear to be following suit.

MANCHESTER, England — Manchester City started the process of withdrawing from the breakaway European Super League on Tuesday less than 72 hours after agreeing to join, with Chelsea also reported to be quitting in a major blow for the proposed new competition.

City confirmed they wanted to pull out while fellow English club Chelsea were reported by local media to be preparing the paperwork to leave a project backed by U.S. investment bank JP Morgan and headed by Real Madrid president Florentino Perez.

Twelve of Europe's top football clubs had announced on Sunday they were launching a breakaway Super League in the face of widespread opposition from within the game and beyond.

However, the sport’s governing bodies, other teams and fan organisations said it would increase the power and wealth of the elite clubs and the partially closed structure of the league goes against European football's long-standing model.

"Manchester City Football Club can confirm that it has formally enacted the procedures to withdraw from the group developing plans for a European Super League," the Premier League club said in a statement.

The BBC reported that London club Chelsea were also set to pull out of the Super League following protests outside their stadium by fans on Tuesday before a Premier League match.

Adding to the sense of disarray, Manchester United executive vice-chairman Ed Woodward, one of the key players in the breakaway move, tendered his resignation to the club.

"I am delighted to welcome City back to the European football family," he said.

“They have shown great intelligence in listening to the many voices - most notably their fans - that have spelled out the vital benefits that the current system has for the whole of European football.

"It takes courage to admit a mistake but I have never doubted that they had the ability and common sense to make that decision," he added.

The Super League organisation did not immediately respond to a request for comment.

The breakaway move has prompted a wave of protest from within the game, political world and public opinion, particularly in England.

The opposition has focused on the fact that the founder members of the league will be given automatic places in the competition -- in contrast to UEFA's elite Champions League where qualification must be earned.

Real Madrid's Perez has argued that the new competition will generate increased revenue and benefit the entire game.

The news that Chelsea, owned by Russian Roman Abramovich, were taking steps to pull out, was celebrated wildly by Chelsea supporters who had held banners saying "Fans not customers”.

"The decision by Chelsea and Manchester City is – if confirmed – absolutely the right one and I commend them for it," he wrote on twitter.

"I hope the other clubs involved in the European Super League will follow their lead."

Woodward's announcement that he will leave at the end of the year raises questions over United's continued involvement while Liverpool have been under pressure from their fans.

Their German manager Juergen Klopp said: "I don't like this either, but I don't talk about the other clubs". Liverpool's players have been open in their opposition to the breakaway.

Manchester City's decision came a few hours after their Spanish manager Pep Guardiola criticised the idea of a league without qualification.

City acted just hours after the Super League won a preliminary ruling from a Madrid court to stop UEFA and the sport's global governing body FIFA from imposing sanctions designed to stop the new formation.

The company set up to run the new league is headquartered in Madrid.

The court said in a ruling seen by Reuters that FIFA, UEFA and all its associated federations must not adopt "any measure that prohibits, restricts, limits or conditions in any way" the Super League's creation.

The Super League has been hoping that a mixture of defensive court actions and momentum would lead soccer's authorities to accept their new competition within the game.

But FIFA president Gianni Infantino said that the clubs cannot be "half in, half out" of the established framework.

UEFA has threatened to ban the Super League's 12 founding clubs from domestic and international competition, with Infantino adding his voice to the backlash.

"We strongly disapprove ... if some go their own way then they must live with the consequences of their choice, either you are in, or you are out. You cannot be half in and half out," Infantino told UEFA's congress in Montreux, Switzerland.

The magnitude of the upheaval has led political leaders across Europe to speak out, and, in some cases, to threaten intervention.

British Prime Minister Johnson said his government would consider passing legislation to stop the breakaway, likening the plans to creating a cartel.

But amid continued condemnation and threats, UEFA's Ceferin offered an olive branch to the breakaway dozen, asking them to "think again".

The Premier League said it "unanimously and vigorously" rejected the plans. After a meeting with the 14 clubs not involved, it said it was considering "all actions available" to stop the new competition.

Ceferin accused the breakaway dozen of contempt for smaller clubs, but insisted there was still time for reconciliation.

"What matters is that there is still time to change your mind, everyone makes mistakes, English fans deserve to have you correct your mistake, they deserve respect," he said.