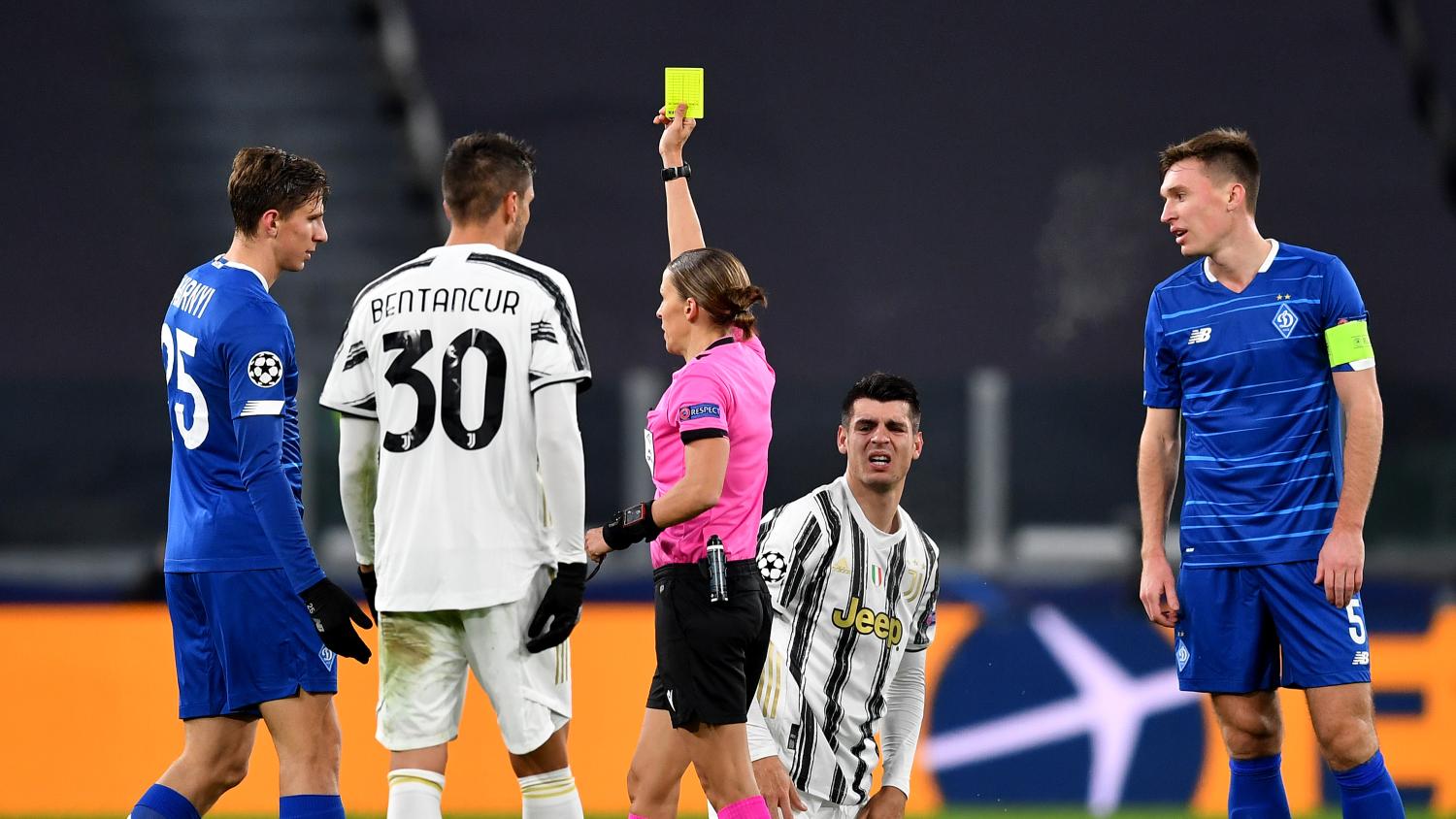 Stephanie Frappart has made history in Ligue 1, the UEFA Super Cup and now the UEFA Champions League.
Getty Images

You just love to see it

Frappart is a well-known name in the officiating world. She ref’d the 2019 Women’s World Cup final in which the USWNT beat the Netherlands 2-0. Later that year, she called the UEFA Super Cup match between Liverpool and Chelsea. Additionally, Frappart became the first woman to officiate a Ligue 1 match last April in a game between Amiens and Strasbourg. In October, Frappart officiated a Europa League match between Leicester City and Zorya Luhansk.

Frappart oversaw a match Wednesday that Juventus, which had already qualified for the knockout rounds, took a 3-0 lead over Dynamo in the first 75 minutes. American Weston McKennie started for the Italian giants.