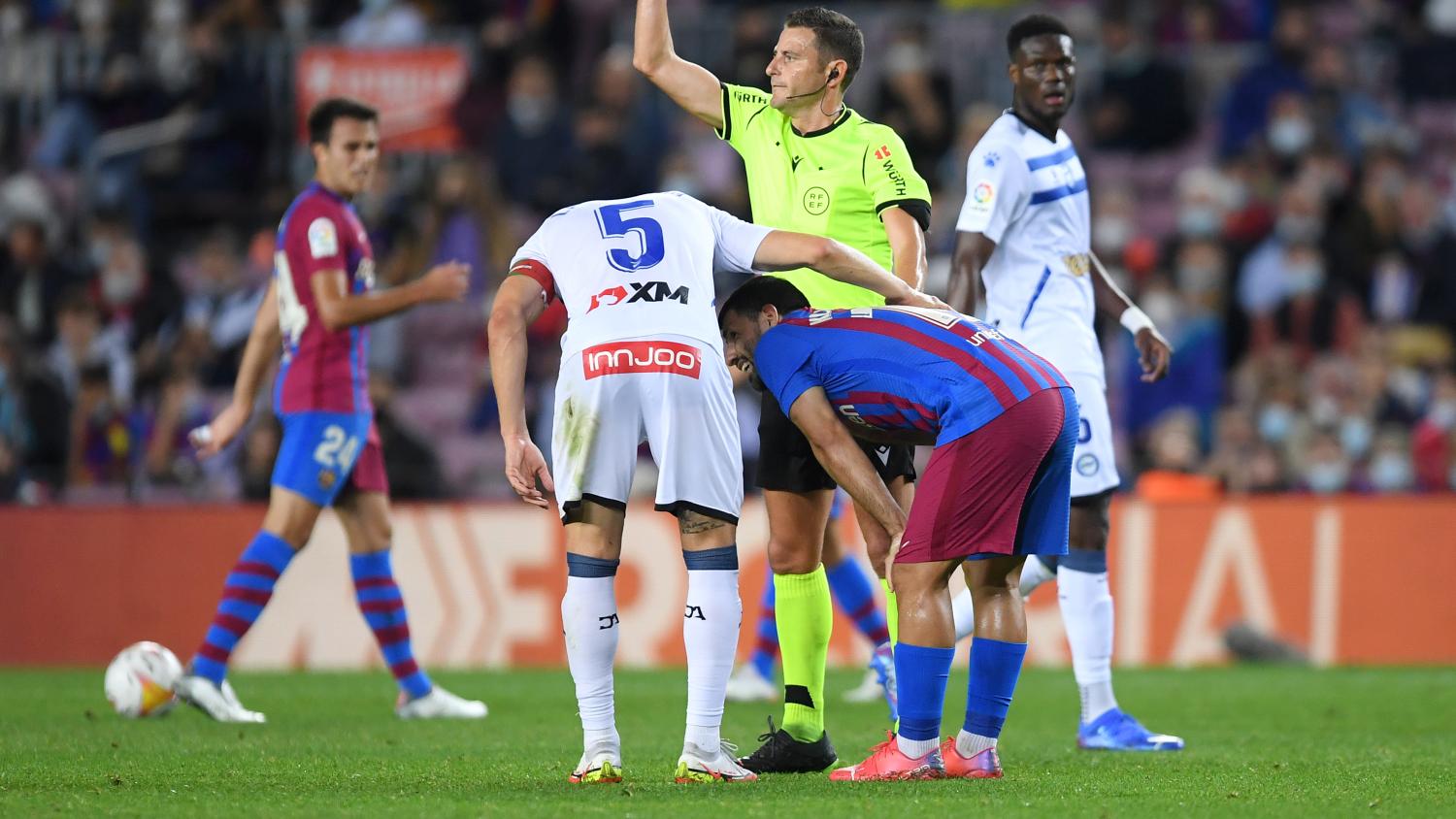 Agüero retired in December after being diagnosed with cardiac arrhythmia.
Getty Images

Sergio Agüero's abrupt retirement from the game deprived us of some magical seasons with Barcelona and of providing the Argentine with a farewell befitting one of the greatest striker's of his generation, but Agüero lived it all on the pitch and made the decision to ensure he could do the same off it.

On Tuesday night, Agüero made an appearance on the popular Spanish TV show "El Hormiguero" and discussed the life-altering events that transpired after his arrival at the Camp Nou on July 1.

"I started to feel bad in preseason, with strange symptoms, but I thought that it was because of the training sessions, the heat," Agüero said. "Then I got injured and I was out for a month, but I still felt uncomfortable. I then started to train with the team, and in the training sessions I felt quite short of breath, until one day I told the doctor that I was feeling bad, and then I started feeling quite dizzy and the arrhythmia started."

Agüero went for a checkup but everything seemed fine, and on the pitch, he'd scored Barça's lone goal off the bench against Real Madrid before getting his first start for the club and going the full 90 against Rayo Vallecano, so it seemed like things were about to take off.

Barcelona then had a midweek game against Alavés on Oct. 30, and Agüero was handed his second straight start. In the 41st minute, something obviously wasn't right.

"I started to feel bad and I wanted to shout at the referee to stop the game, but I couldn't get the words out," Agüero said. "Then I started to feel dizzy, so I grabbed a defender's hand and asked him to stop the game. I then felt very dizzy and the arrhythmia started. When it stopped, they took me to the hospital and kept me there for three days."

Barcelona confirm that Sergio Aguero has been admitted to hospital for a cardiac exam after he experienced chest discomfort during their game against Alaves.

It was initially reported that Agüero would be out for three months, but after that on-field experience and consulting with medical professionals, there was only one course of action to take.

"The doctors told me that I could play, but that it could happen again and it could be worse," Agüero said. "And after thinking about it a lot, I said: 'That's it, I'm 33 years old, I have a son and my life in front of me. ... The only thing that I was unable to do was play for Barcelona and I wanted to give everything for the club, which was in a bad situation. That was what I had left to do, but I ended my career scoring my last goal against Real Madrid."