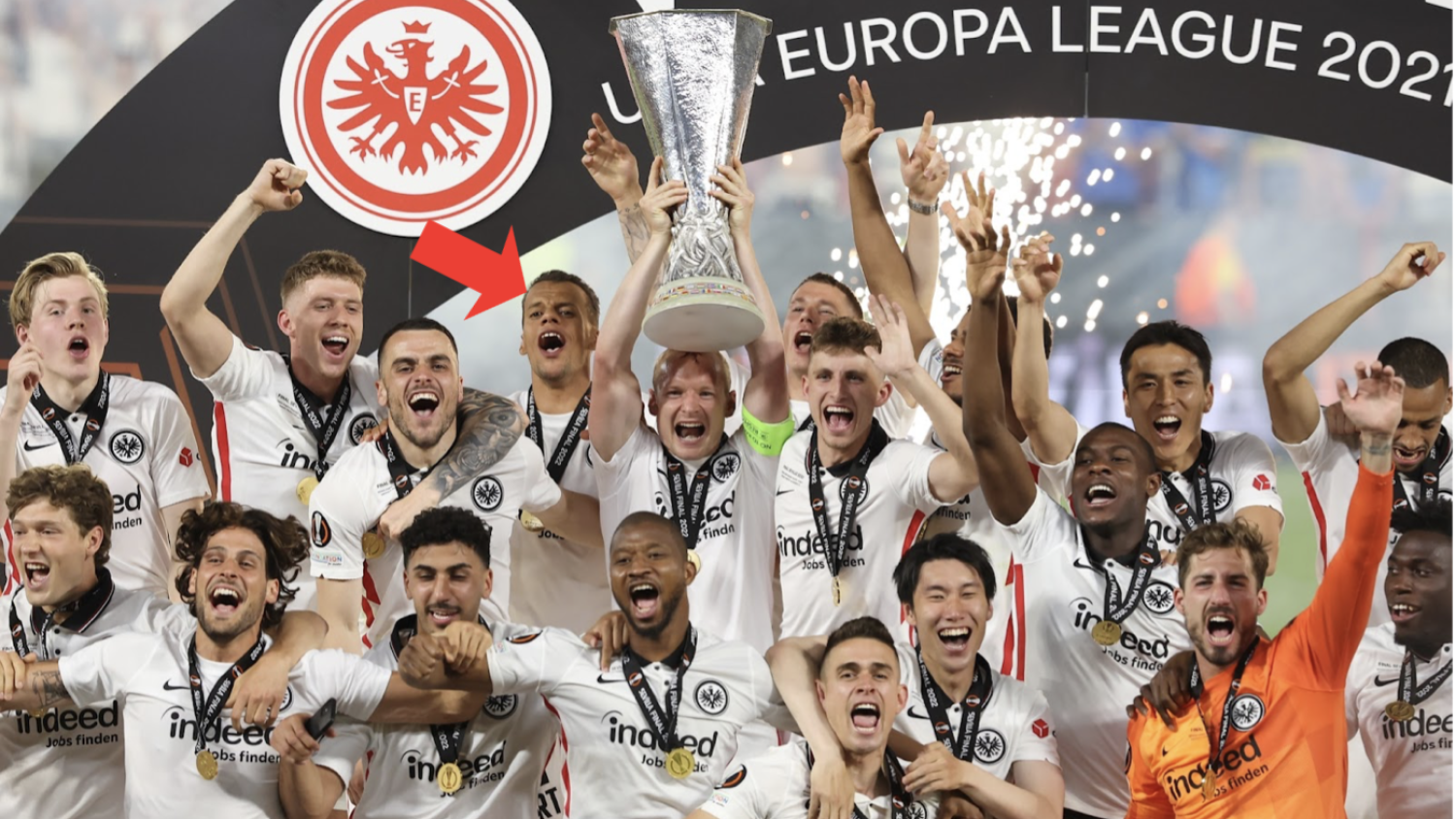 He didn’t play in the final, but he has still made history.
Getty Images

Chandler didn’t make an appearance in the final but was ready at any moment on the bench. The American made 22 appearances for Frankfurt this season including five in the Europa League (four in the group stage and a single minute against Barcelona in the quarterfinals).

Chandler is an overlooked American player as the 32-year-old hasn’t made an appearance for the U.S. national team since 2016. While he may be overlooked, if anyone ever asks the question “has an American won the Europa League?” the answer is yes.

Americans To Win The Europa League

Chandler wasn’t the only American in Seville, Spain, for the final. Current USMNT bubble player James Sands came on the field for Rangers during extra time. Sands featured in defense and only had a handful of touches on the ball.

No American has started in a European final yet.

Frankfurt’s victory on Wednesday can largely be credited to goalkeeper Kevin Trapp, who made key saves to keep his side in the game.

Not including penalties, Rangers only could find a way past Trapp once in the 57th minute. An unfortunate slip for Frankfurt defender Tuta gave Rangers the look needed to take the lead.

Frankfurt would only trail for 12 minutes before finding the equalizer through Rafael Borré.

Borré scored the equalizer for Frankfurt, but his most memorable moment will be when he stepped up to take the fifth kick in the penalty shootout for his side and seal Frankfurt’s first continental silverware in 42 years.

Congratulations to Frankfurt and Chandler on the Europa League victory.