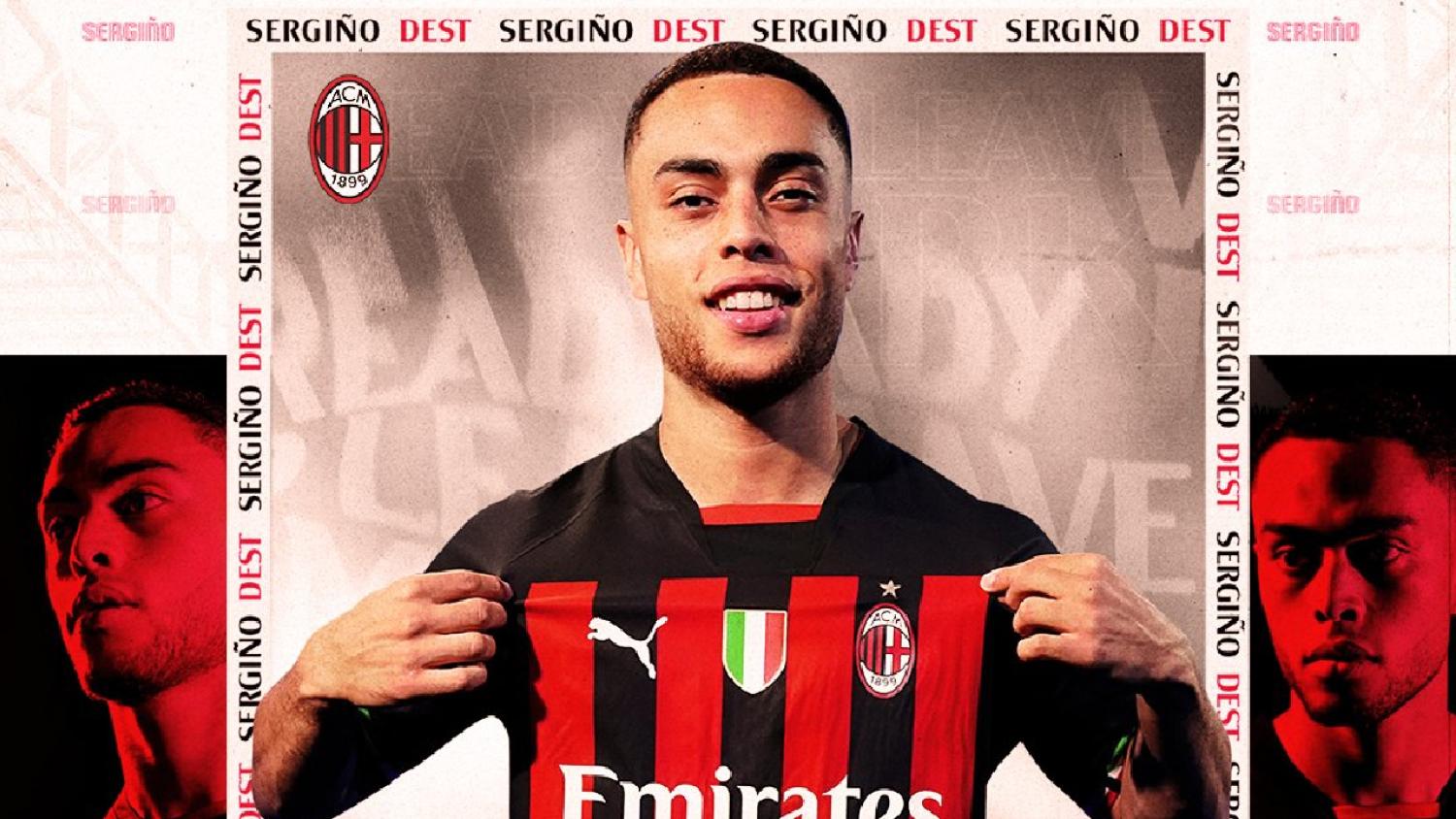 We can trust Stefano Pioli to treat our boy well.
@sergino_dest | Twitter

After being told he wouldn't play a minute at Barcelona this season, Sergiño Dest has successfully engineered a move away from the Camp Nou by joining AC Milan on a one-year loan with an option to make it permanent for $20 million.

Dest joined Barça, realizing a childhood dream, in October 2020 for $23 million and played a total of 72 matches over two seasons, scoring three goals, providing four assists and claiming the 2021 Copa del Rey. However, it was Ronald Koeman who signed Dest from Ajax, and the Dutchman's dismissal was the beginning of the end for the American in Catalonia.

Dest never won the trust of Xavi and the 21-year-old fell behind Ronald Araújo, Jules Koundé and Sergi Roberto as the preferred options at right back. But the USMNT starter has landed on his feet at one of Europe's glamor clubs — he joins a Milan team that's looking to defend its Serie A title, win the Coppa Italia and make a deep run in the Champions League.

I’m so proud and excited to join the Champions of Italy and such a historic club! Forza Milan ⚫️ @acmilan pic.twitter.com/E8r6Jri9kU

The unfortunate news is that competition for time is just as stern at the San Siro. Club captain Davide Calabria is the starting right back, has been capped seven times by Italy and is regarded as one of the world's finest defensive fullbacks. He's backed up by the more attack-minded Alessandro Florenzi, who'll be turning 32 in March.

Dest has also been brought in to provide cover on the left, where Theo Hernández is the locked in starter but without a quality backup.

Could we see Dest utilized further up the pitch on the right? In Stefano Pioli's 4-2-3-1, Alexis Saelemaekers and Junior Messias have been occupying that flank this season without much of a return, so it's definitely something the manager will consider.

Dest isn't without competition on the USMNT. Gregg Berhalter himself will be in Portugal on Monday to watch Reggie Cannon play. Cannon started the U.S. June matches when Dest was out with a hamstring injury.

Shaq Moore is back in MLS with Nashville and starting every game, while 19-year-old Joe Scally is an integral part of a Gladbach side that remains undefeated in the Bundesliga after four games.