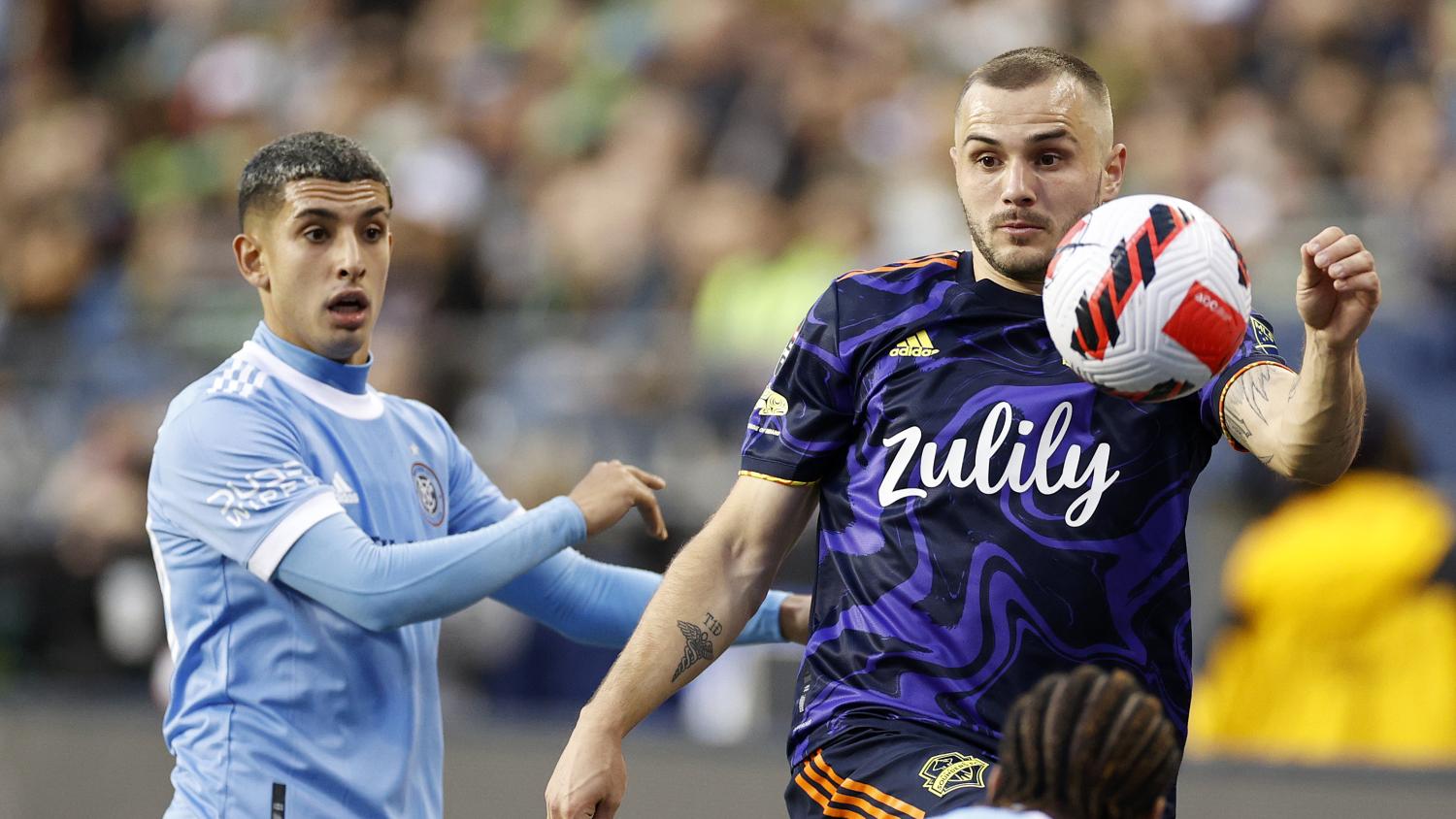 Morris struck a golazo and provided a beautiful assist in the Sounders' 3-1 win.
Getty Images

Jordan Morris set up one first-half goal and scored another, helping the Seattle Sounders beat visiting New York City FC 3-1 on Friday in the first leg of a CONCACAF Champions League semifinal series.

The second leg of the total-goal series is scheduled for April 13 in Harrison, N.J.

Morris' assist produced the opening goal by Albert Rusnák in the 16th minute.

After NYCFC drew level on a Thiago Andrade short-range volley in the 27th minute, Morris blasted a right-footed shot into the top right corner from near the penalty spot to put the Sounders back on top.

The Seattle-NYCFC winner will meet a Mexican team in the final. Pumas beat Cruz Azul 2-1 after the first leg of their semifinal series.

Mexican teams have won the CONCACAF Champions League each of the past 16 seasons. No U.S. team has captured the championship since the Los Angeles Galaxy prevailed in 2000.