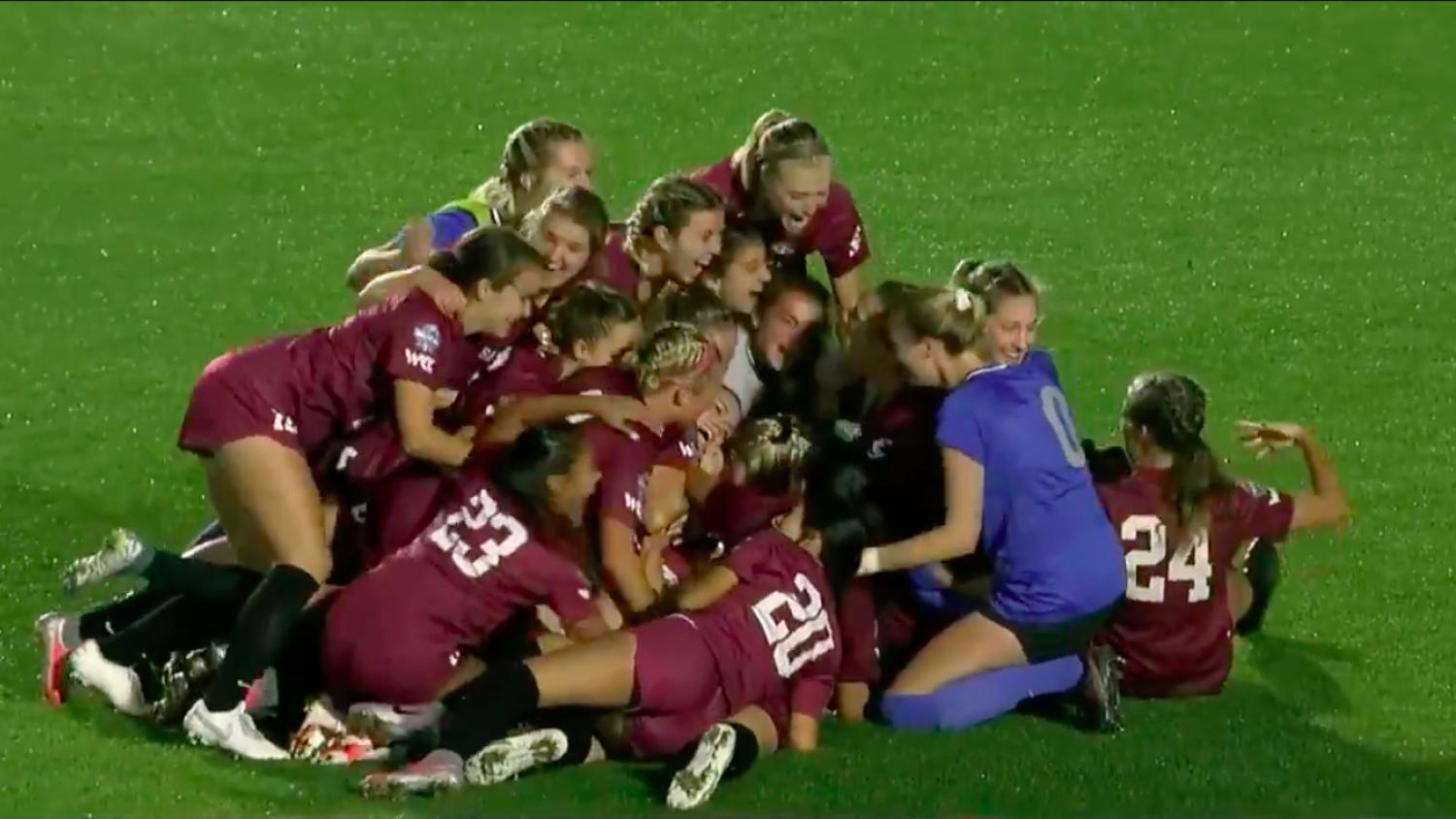 The Broncos won 4-1 on penalties after the match finished 1-1 in overtime.
Twitter

In a tournament that’s been largely decided via penalty shootouts, it was only fitting that the NCAA Women’s College Cup Final was decided on penalties Monday night in Cary, North Carolina.

The only surprise was that No. 1 Florida State — after triumphing by this method in both the quarterfinals and semis — was ultimately upset by No. 11 Santa Clara after sending its first two attempts off the post.

By holding its nerve and converting all four attempts, Santa Clara captured its second national title but first since 2001. It looked so improbable after Jenna Nighswonger’s unstoppable strike in the 63rd minute put FSU up 1-0, but a defensive error just minutes from full-time allowed the Broncos back in it.

There wasn’t any shame in Santa Clara’s lack of clear threat as the Noles shutout Virginia in the semifinals, Duke in the quarterfinals and Milwaukee in the Second Round, but the way Florida State accomplished it in the final was a rarity in modern times.

Florida State played with a sweeper — A SWEEPER — in Emily Madril, who’s been one of the country’s best defenders despite suffering back-to-back ACL tears. She was back there eating up everything that came her way, but then she also pushed forward in possession like a modern libero.

The first half was edged by the Seminoles with 71% possession and a very legitimate penalty appeal that was waved away because why ruin a perfectly poised College Cup final, but Santa Clara crafted the best attempt from the run of play, which was a Kelsey Turnbow attempt from a tight angle that was tipped over the crossbar.

Other than that, it was fun when the ESPN2 camera turned to Aly Wagner and Brandi Chastain in the stands — two Santa Clara alumni. They featured as prominently as any players out on the pitch by the end of it all.

The FSU breakthrough arrived just after the hour mark. Some great hold-up play from Yujie Zhao created the platform for Nighswonger’s curled finish off the post and in.

A beautiful game of inches

Jenna Nighswonger shoots a rocket that bends just inside the post!#CollegeCup pic.twitter.com/yT0OMJAxp8

However, with less than seven minutes remaining, a comedy of Florida State errors allowed Santa Clara to equalize. FSU put Madril at sweeper to negate the threat of Turnbow, but that doesn’t work if Kirsten Pavlisko passes it straight to her.

WE GOT OURSELVES A TIED GAME ‼️

We finished regular time 1-1 with the boisterous Santa Clara fans making all the noise. As we advanced into overtime, the stands became packed as supporters of Indiana and Marshall — up next in the men’s final — made their way into the ground and quickly chose a momentary allegiance.

FSU crafted the majority of the opportunities in extra time, but we went to penalties. Santa Clara rolled its first shot straight down the middle, but then Clara Robbins struck the post for FSU. After the Broncos converted their second, Madril again struck the post for the Noles.

After exchanging conversions in the third round, sophomore Izzy D’Aquila made sure that Florida State had no way back.