Canada 2, Mexico 1: The Snowbank Celly Heard Round The World 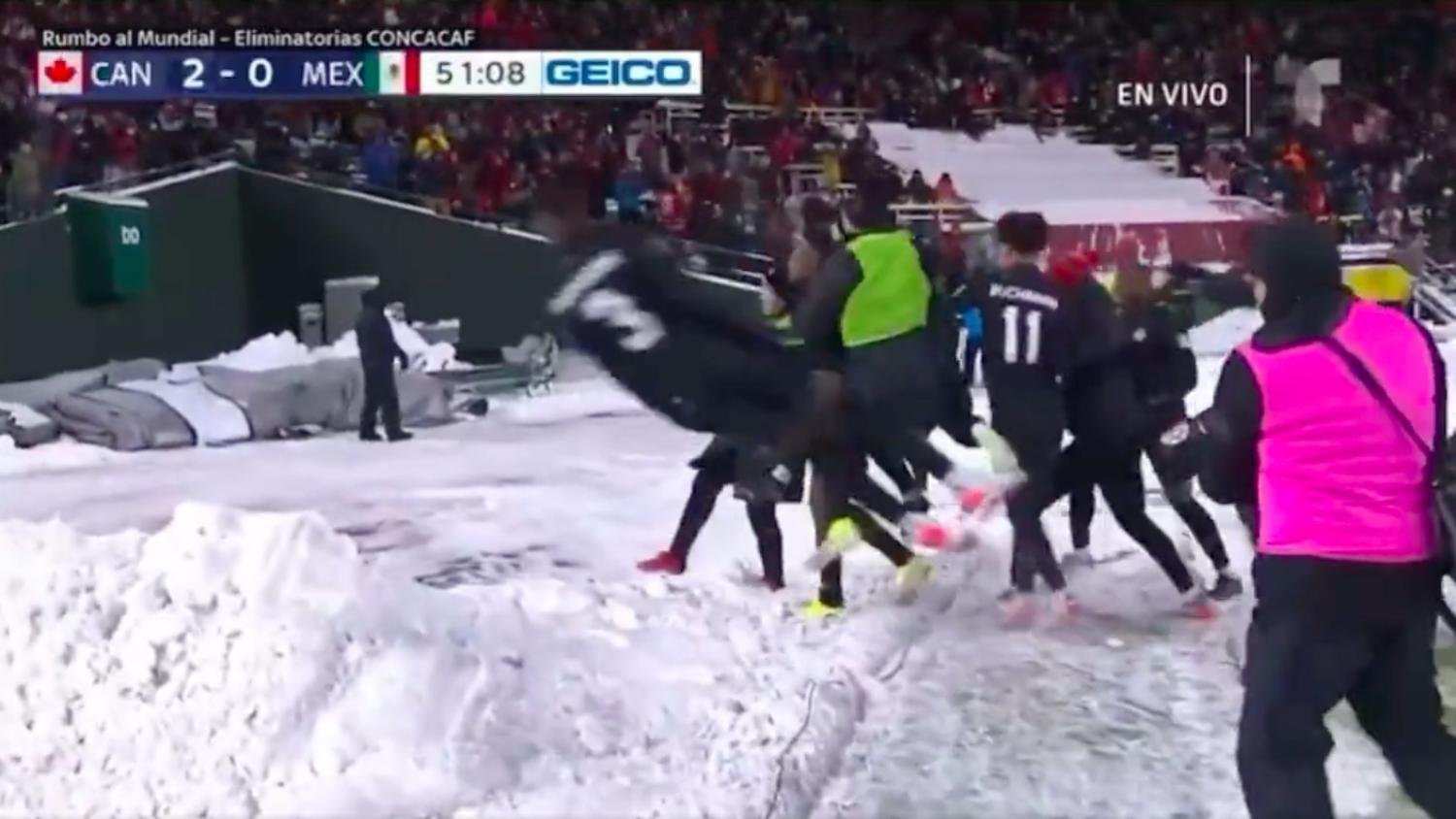 You usually follow this up by sprinting to a sauna or hot tub, but Sam Adekugbe had a match to finish.
Twitter

Over halfway through Concacaf World Cup qualifying and only one nation remains unbeaten: table-topping Canada, which began this entire cycle ranked 73rd in the world and needing to navigate beyond Suriname in the first round and Haiti in the second to even be present in the Octagonal.

On Tuesday night at a frigid Commonwealth Stadium in Edmonton, Canada captured arguably its greatest result in the men’s program’s history, a 2-1 victory over Mexico thanks to a brace from one of the nation’s new contingent of stars, 26-year-old Beşiktaş striker Cyle Larin.

The timing of the first goal was massive, as Memo Ochoa could only parry the hugely underrated Stephen Eustáquio’s blast straight into the path of Larin in first-half stoppage time.

The house was on Mexico coming out swinging in the second half and Tata Martino made a double change at the break, but it was again Canada that scored next just seven minutes after the restart.

Eustáquio provided the service, Larin the finish and left wingback Sam Adekugbe the most iconic celebration this calendar year when entering our television pictures by way of swan dive into a pitch-side snowbank.

CYLE LARIN GETS HIS BRACE

That celebration though ❄️ pic.twitter.com/tHELnRsC2a

Mexico made things interesting with a 90th-minute goal from Héctor Herrera, and the match transformed into the sort of net-crashing, bodies-on-the-line, fustercluck that all Canadians are born to understand through hockey.

The scenes at the full-time whistle are what make you shake your head in disbelief at anyone who doesn’t value international football. 38-year-old midfielder Atiba Hutchinson went the full 90 for his nation; poetically, he was receiving his record-breaking 90th cap for the Canucks.

After playing through cycle after cycle of defeat and suffering, watching him savor every second was a misty moment.

REACTION from from your new all-time #CANMNT caps leader @AtibaHutchinson:

We are CANADA. We are TOP OF THE GROUP.

When international play resumes next year, Canada will be looking to secure three points away to last-place Honduras (Jan. 27) before hosting the USMNT (Jan. 30) and traveling to seventh-place El Salvador (Feb. 2).