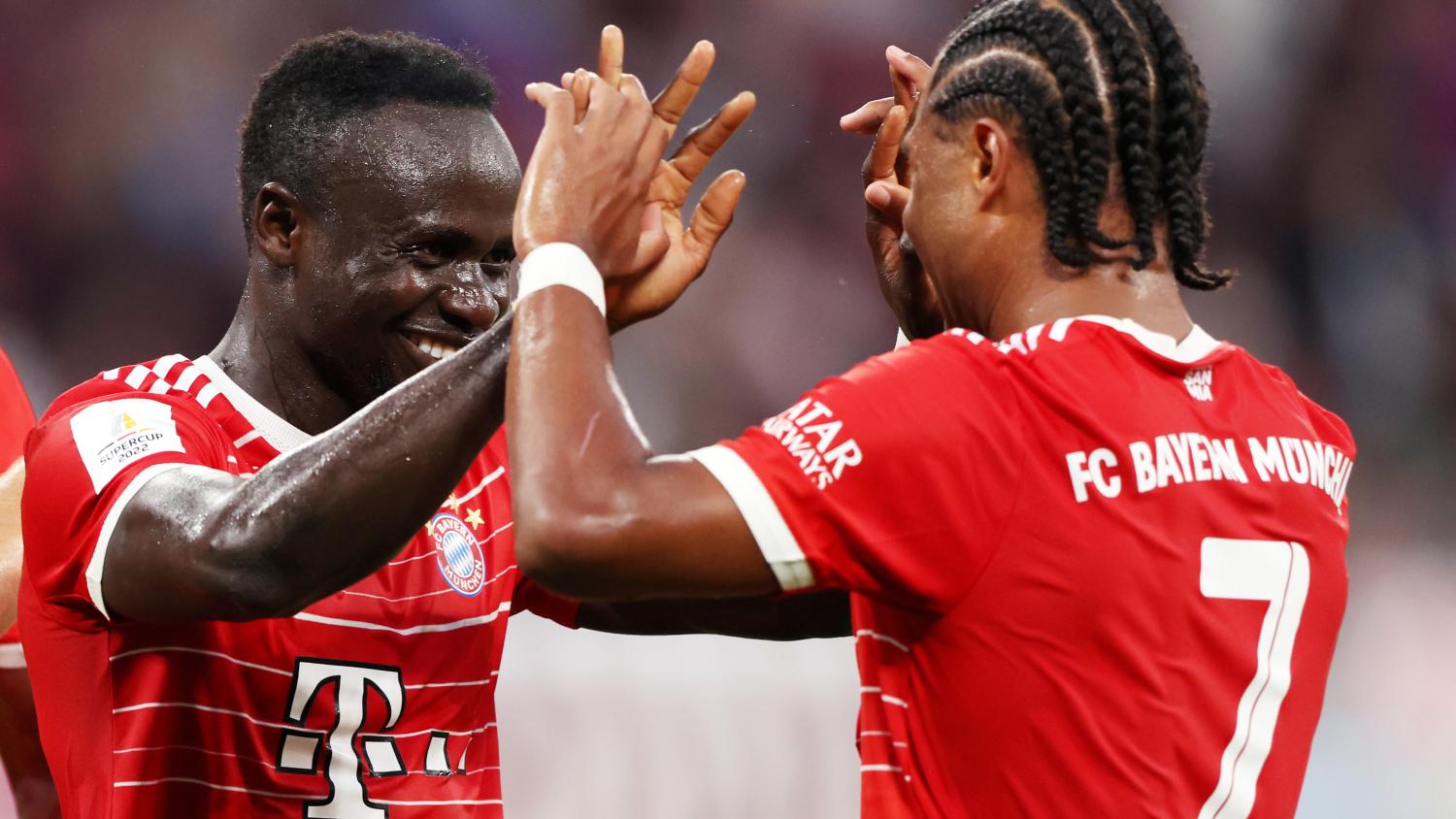 LEIPZIG, Germany — German champion Bayern Munich survived a late comeback from RB Leipzig to claim a 5-3 victory in the German Super Cup on Saturday with an impressive first-half attacking display and new signing Sadio Mané scoring on his debut.

Bayern, aiming for an 11th consecutive Bundesliga title this season, were eager to prove they remained a serious attacking threat despite the departure of top striker Robert Lewandowski to Barcelona, and they did not have to wait long.

They scored three times before the break through Jamal Musiala, Mané and Benjamin Pavard to take control of the game.

"We did it really well in the first half. Leipzig defended deep and we had a lot of time to build things up," Bayern coach Julian Nagelsmann said. "We allowed only one shot. But in the second half after about an hour the compactness was not there.

"At the end we had to factor in that we would be running a bit out of steam as Leipzig are in preparation a bit longer. We are happy to have defended the title."

Musiala rifled in the opener in the 14th minute before Serge Gnabry cut through the Leipzig defence and delivered a perfect assist for Senegal international Mané, who has joined from Liverpool, to tap in the second goal in the 31st.

Leipzig's collapse looked complete in first half stoppage time when Musiala weaved his way into the box and set up Pavard to drill the ball home.

Bayern's backline was equally as effective in the first half with Leipzig having just the one shot on goal in 45 minutes.

That all changed after the break with the hosts hitting the woodwork in the 56th with substitute Andre Silva's powerful header before Marcel Halstenberg went one better with his own header three minutes later to cut the deficit.

Serge Gnabry briefly restored Bayern's three-goal cushion when he fired into the top of the net on the rebound after Thomas Mueller's shot was palmed away by keeper Peter Gulacsi.

A 77th minute penalty by Christopher Nkunku made it 4-2 before Leipzig team mate Dani Olmo scored with a powerful shot to set up a nervous finale to an entertaining encounter.

However, late substitute Leroy Sané made sure of the first title of the season for Bayern, scoring on the break with the last kick of the game.

The Bundesliga season kicks off on Aug. 5.