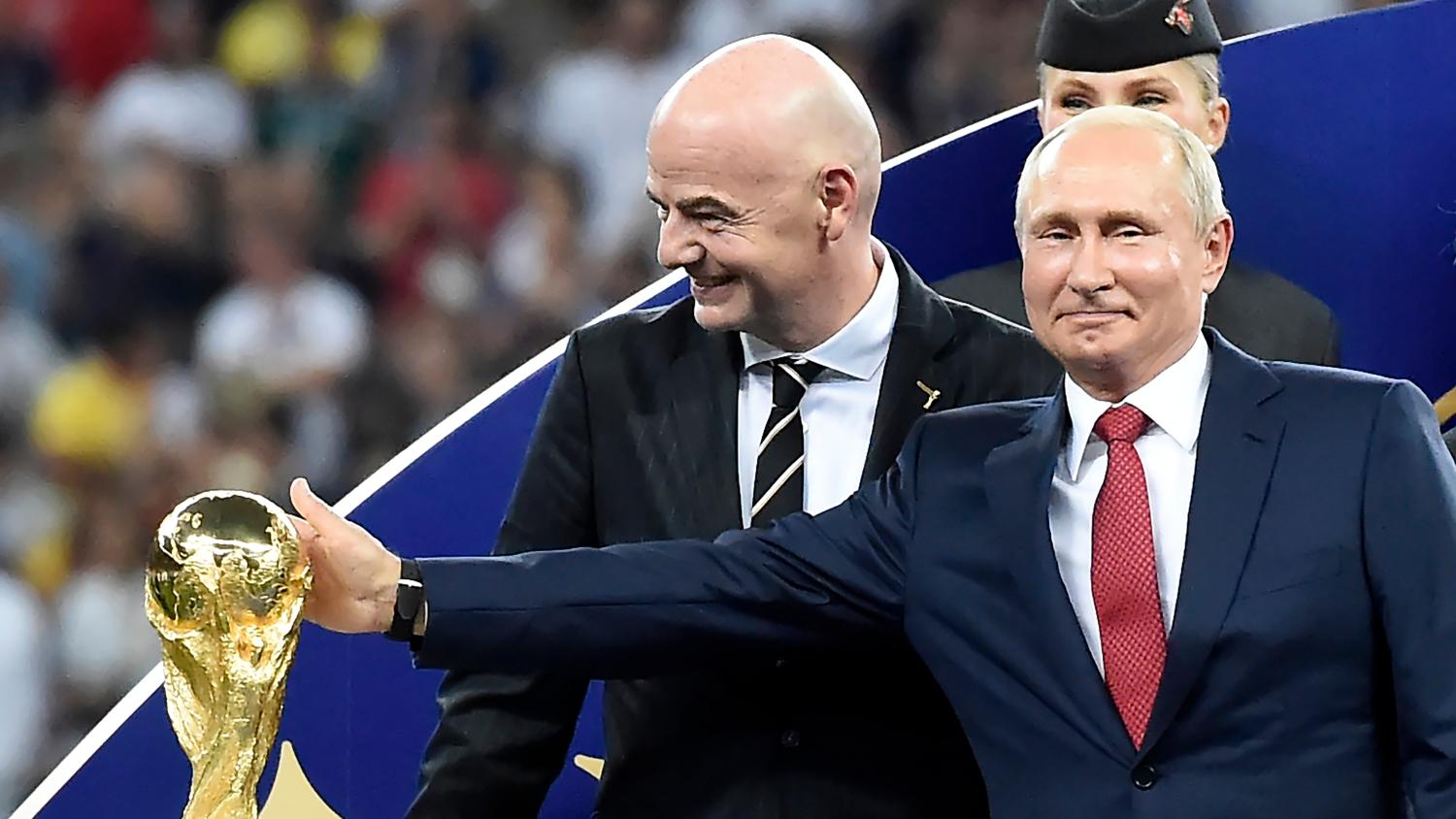 Russia’s national teams and clubs will not be able to compete in international matches until further notice, FIFA announced.
Shutterstock.com

FIFA and UEFA have suspended Russia's national teamsand clubs from international football until further notice due to the country's invasion of Ukraine.

The move makes it likely that Russia will be excluded from this year's World Cup and the women's Euro 2020 tournament.

FIFA/UEFA suspend Russian clubs and national teams from all competitions

"FIFA and UEFA have today decided together that all Russian teams, whether national representative teams or club teams, shall be suspended from participation in both FIFA and UEFA competitions until further notice," UEFA said in a statement.

"These decisions were adopted today by the Bureau of the FIFA Council and the Executive Committee of UEFA, respectively the highest decision-making bodies of both institutions on such urgent matters," they added.

FIFA and UEFA suspend Russian clubs and national teams from all competitions.

Russia were scheduled to host Poland in a World Cup qualifying playoff on March 24 and if they remain suspended at that time, they would be out of the World Cup and unable to progress to the finals in Qatar in November.

The Polish FA had said that they will refuse to play against the Russian team and the Czech Republic and Sweden, who are in the same playoff 'path,' had also ruled out facing Russia.

The only way Russia could still feature in the playoffs would be a sudden improvement in the situation in Ukraine leading to a lifting of the suspension.

"Both Presidents (of the soccer bodies) hope that the situation in Ukraine will improve significantly and rapidly so that football can again be a vector for unity and peace amongst people," UEFA said.

The organisation said a further decision would be made at a later date about the impact on the women's Euro 2022 tournament in England in July which Russia have qualified for.

The decision means that Spartak Moscow will not play their Europa League match against club RB Leipzig and so the German club will advance to the quarterfinals.

Earlier on Monday, the International Olympic Committee's executive board recommended sports federations to ban Russian and Belarusian athletes and officials from competing in events.

FIFA had been criticised on Sunday after a statement that Russia could continue to play matches albeit in neutral venues and only under the name 'Football Union of Russia.'

Although FIFA had warned the country could be excluded from competitions if the situation in Ukraine did not improve, the statement was widely criticised with the Polish FA saying the stance was "totally unacceptable."

England's Football Association then said that they would not play against Russia, a view that was backed up by a number of European federations.

Russia hosted the last World Cup in 2018 with the final held in Moscow and attended by President Vladimir Putin.

Russia calls its actions in Ukraine a "special operation" that it says is not designed to occupy territory but to destroy its southern neighbour's military capabilities and capture what it regards as dangerous nationalists.

Also on Monday, UEFA announced it was ending its partnership with Russian energy giant Gazprom, a prominent sponsor of the Champions League and Euros.

UEFA has today decided to end its partnership with Gazprom across all competitions.

The decision is effective immediately and covers all existing agreements including the UEFA Champions League, UEFA national team competitions and UEFA EURO 2024.