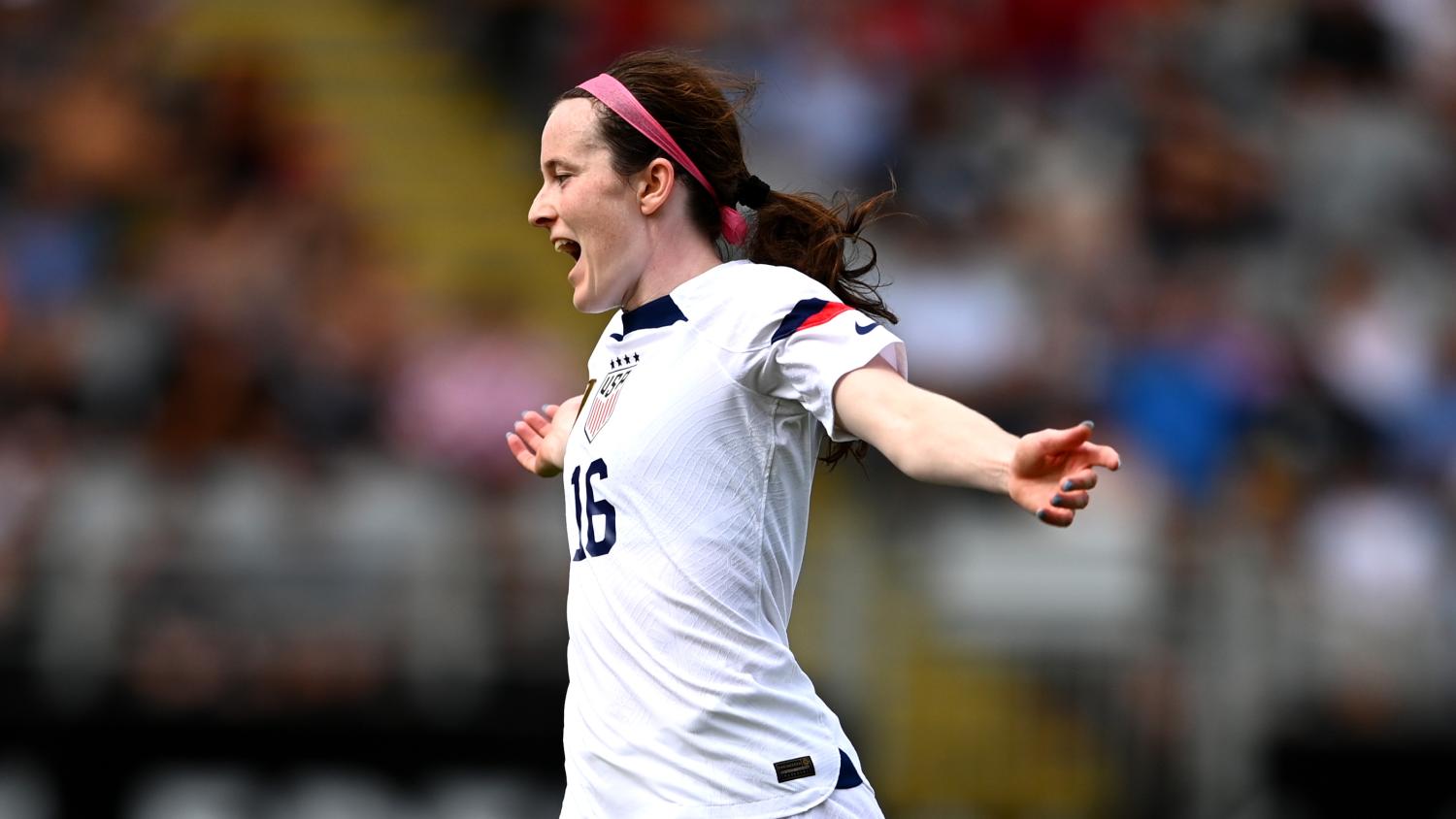 How good has Lavelle been in these last two friendlies?
Getty Images

Alex Morgan was pulled from the starting XI prior to the USWNT’s friendly vs. New Zealand on Friday after experiencing tightness in her lower leg. Her injury meant that the captain’s armband was transferred to Rose Lavelle.

The 27-year-old put in quite the captain’s performance during the USWNT’s 5-0 victory vs. New Zealand scoring two goals, providing one assist and bossing the midfield.

Let’s skip straight to the good part and look at the sensational volley Lavelle scored in the 39th minute.

It was the OL Reign connection that got the job done as Sofia Huerta put in a great ball into New Zealand’s box that Lavelle finished on the volley.

The goal marked Lavelle’s 23rd in her international career. She netted No. 24 in the 74th minute with another volley with Lynn Williams get the assist.

In case you missed the USWNT’s 4-0 victory vs. New Zealand on Tuesday, take a look at the filth Lavelle was cooking up in that game.

She’s on fire for the USWNT and that is exactly the kind of spark the team will need to be successful in the 2023 World Cup. In the 2022 NWSL season she put in consistent performances and is in fine form.

Ashley Hatch, Mallory Swanson and Taylor Kornieck got the other goals in what was a comfortable victory for the USWNT. New Zealand failed to record a single shot and played the majority of the game in their own half.

Hatch, who replaced Morgan in the starting XI, opened the scoring in the 22nd minute. Hatch finished off a sensational sequence between Ashley Sanchez, Trinity Rodman and herself. It doesn’t get much better than this.

Swanson added the third eight minutes into the second half after pouncing on a loose ball in the penalty area.

Swanson is another player for the USWNT who is heating up. She scored twice in the game vs. the Football Ferns on Tuesday.

Kornieck scored the fifth goal with a headed effort on a corner kick swung in by Lavelle.

Up next for the USWNT is the SheBelieves cup in February which is loaded with talent. Canada, Japan and Brazil are top quality teams that will truly test the USWNT. Head coach Vlatko Andonovski will want to put as much distance as possible between his team and the 2022 slump when they lost three-straight games for the first time since 1993.

A successful SheBelieves Cup will reinject the confidence and mojo the USWNT needs heading into the World Cup.

The USA’s opening SheBelieves Cup game vs. Canada is on Feb. 16 in Orlando, Florida.