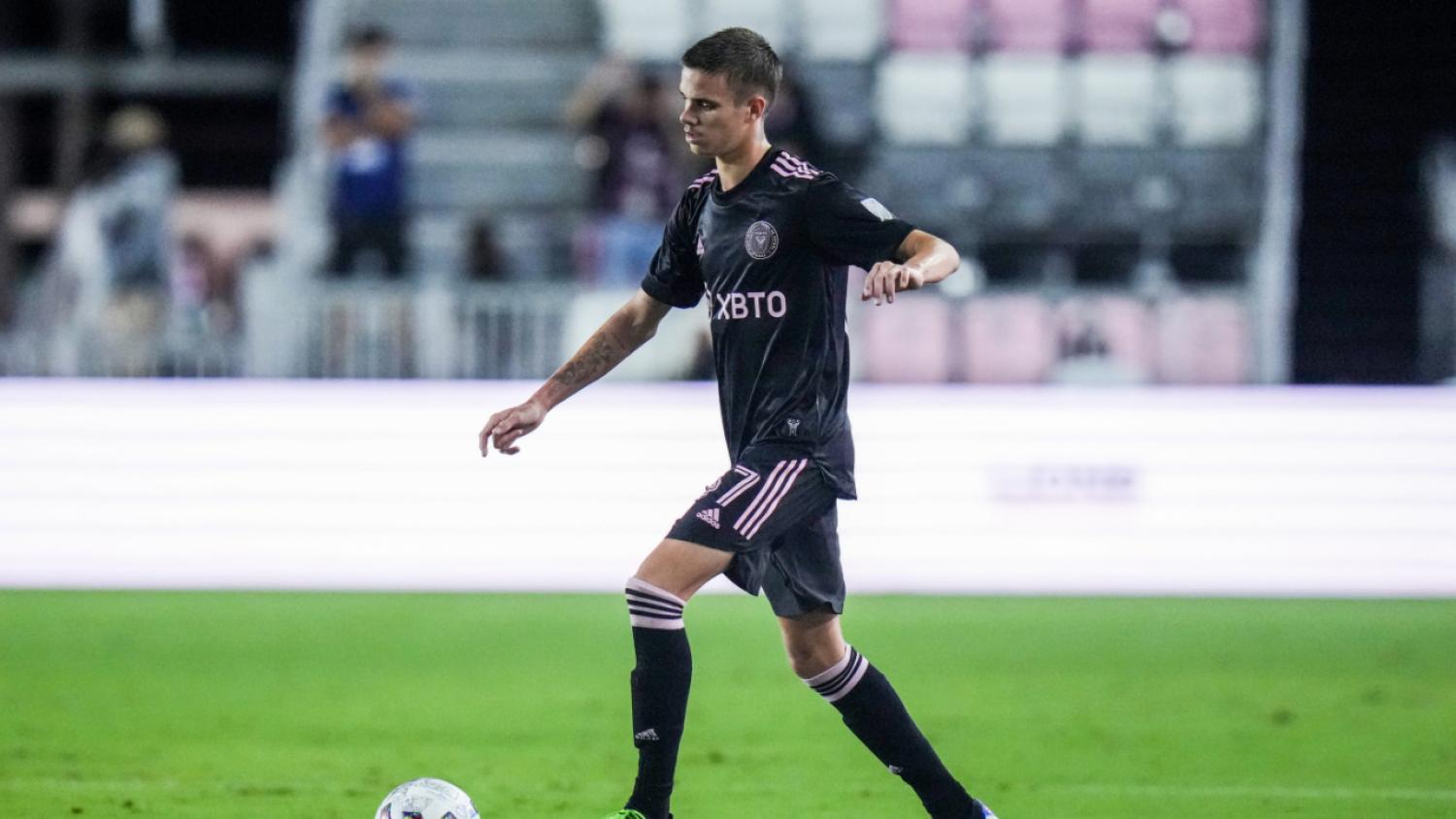 Papa, did you see me strike a set piece last night?
Getty Images

Brace yourself for the sequel, Bend It Like Beckham 2: Going Bottom Bins On Orlando City B, because 19-year-old Romeo Beckham, son of Old Golden Balls himself, has curled home his first set-piece goal for Inter Miami CF II in MLS Next Pro.

Romeo's first foray into football was back in 2014 with Arsenal's Academy, but he was released and briefly pursued a fledgling tennis career while training alongside Andy Murray. However, he returned to the sport last year by joining Miami's reserve team and it looks like the correct decision.

He's learned from the mistakes of past Romeos and is now heeding Friar Laurence's advice — "Wisely and slow, they stumble that run fast" — and developing that right foot at his leisure. Against Orlando on Sunday night, young Becks recreated Greece at Wembley.

19-year-old Romeo Beckham scored his first goal of the season for Inter Miami II on a beautiful free kick pic.twitter.com/KIWsy2JBUv

Papa Beckham wrote "well done mate so proud. First goal in a Miami shirt," on social media, and Romeo responded with "Love you Dad, that was for you."

This was Romeo's first strike in 14 MLS Next Pro appearances this season. He also has seven assists from the right wing, including three in one match against Philadelphia Union II, and one red card.

Could Romeo Beckham Play For Inter Miami In MLS?

The numbers aren't impressive. Zero goals from open play in 14 appearances, he doesn't get fouled much so probably doesn't take defenders on one-on-one and a pass accuracy of just 46 percent in the opponent's half.

But he can strike a dead ball, has size, is the owner's son and the owner's best friend is the coach, so he could definitely grab a late roster spot as the third-string emergency right back, make three appearances off the bench, quit, get hired as an Inter Miami scout for the Mediterranean region and do the "work" from aboard the family yacht.