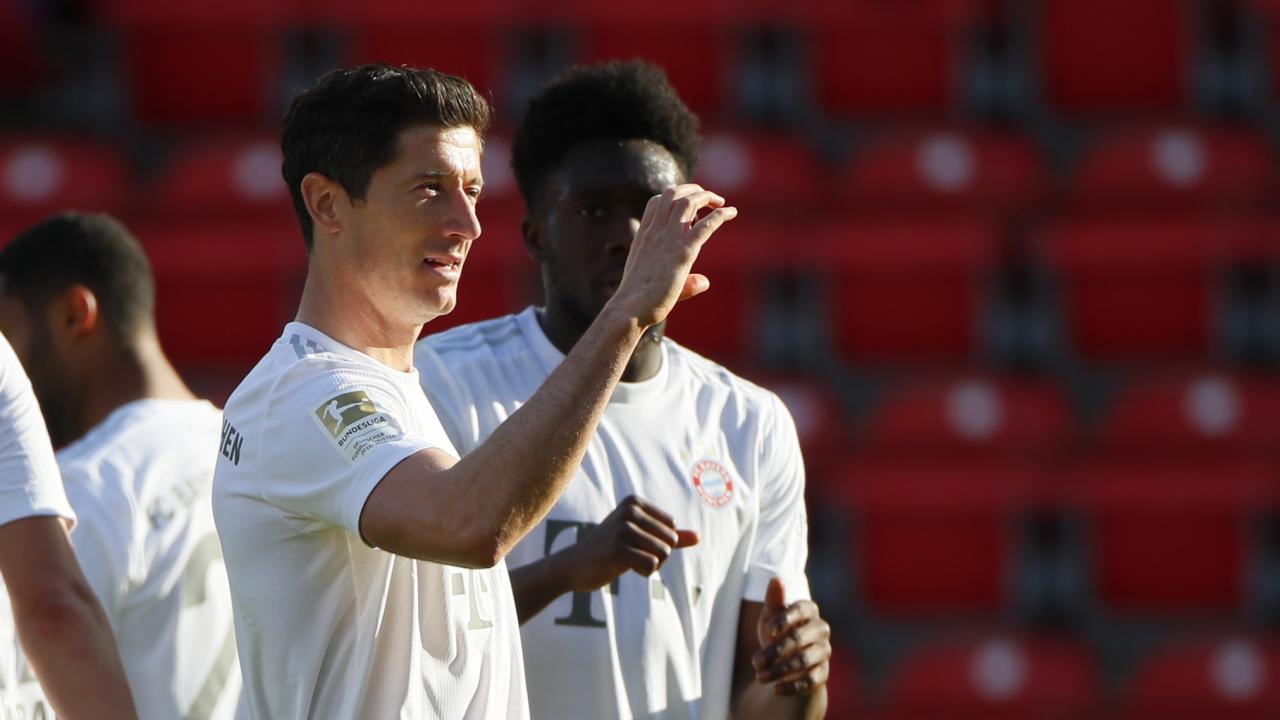 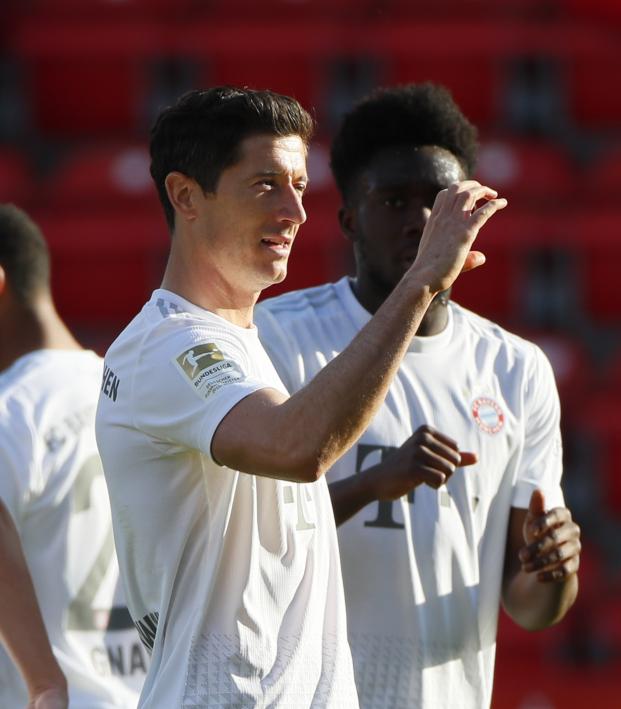 Given it’s the only major league in action, there’s no ignoring the season Robert Lewandowski’s having anymore. On Sunday, the Bayern Munich striker scored his landmark 40th goal across all competitions this season, a staggering total that begs comparison: Cristiano Ronaldo has 25 and Lionel Messi has 24.

He opened the scoring for Bayern away to Union Berlin from the spot in the 40th minute. His stuttering approach was too much for Rafał Gikiewicz to even begin to understand.

Who else?! Robert Lewandowski keeps his cool from the spot and puts @FCBayernUS ahead. pic.twitter.com/E4tIzNpvvp

Lewandowski had missed Bayern’s last three matches with a shinbone injury before the Bundesliga was postponed, but Poland’s captain went the full 90 in his side’s 2-0 victory over Union — Benjamin Pavard added the second in the 80th minute off a Joshua Kimmich corner.

Make that for @FCBayernUS! Benjamin Pavard with a beauty of a header, and that should be that. pic.twitter.com/5QM3VDkKRy

With eight matches remaining, Bayern tops the Bundesliga on 58 points while Borussia Dortmund sits second with 54 and Gladbach moves up to third on 52. Leipzig, after drawing with Freiburg, has slipped to fourth.

Bayern returns to action next Saturday against 13th-place Frankfurt at 12:30 p.m. ET.