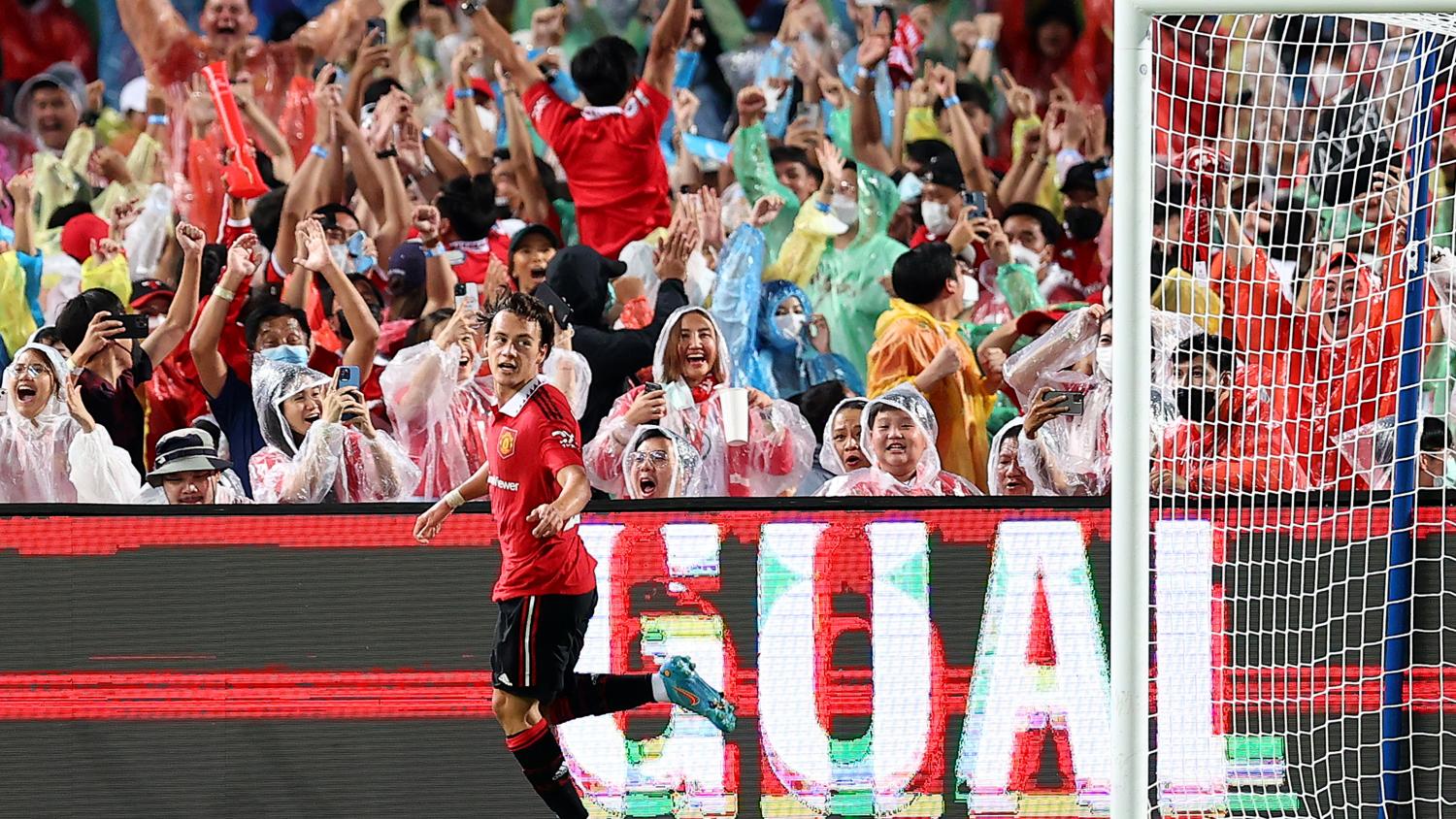 Preseason friendlies are well and truly underway, and certainly, at face value, the contest between Manchester United and Liverpool stuck out among the best of the summer.

The two Premier League sides traveled to the Rajamangala National Stadium in Bangkok, Thailand, where United and Liverpool debuted their new home and away jerseys, respectively. While it may seem like just another pointless preseason game, the importance of getting off to a strong start and establishing a clear style of play cannot be understated, especially for Manchester United.

Three first-half goals gave the Red Devils a clear advantage which they were able to add to after Liverpool’s first team made its introduction with 30 minutes to go.

The sides used their best lineups at different points in the match with United electing to start them and Liverpool letting them finish. United used its advantage as it jumped to an early lead after 13 minutes, through Jadon Sancho, and would not take its foot off the gas in the first half.

The calmest man in the house.

The press
The finish ⚡️

After an hour, Klopp subbed on Liverpool’s starters making United’s fourth goal by Facundo Pellistri just 15 minutes later all the more surprising. A late curler off the post from Mohamed Salah was as close as Liverpool came to scoring while Man United ran riot, winning 4-0.

For his first match as manager of United, Erik ten Hag opted for a less experimental lineup than their Merseyside opponents. Rashford, Fernandes, Varane, and De Gea started alongside a host of other traditional starters with the notable absence of Cristiano Ronaldo, who did not travel with the team due to personal reasons. The starters were given the first half to make an impact before being substituted for a much less experienced set of replacements. They will be hoping to right the wrongs from their time under Ralf Rangnick and give their fans hope in this new era of management.

Liverpool began the match with more unfamiliar names alongside a spine of experience, namely Firmino, Henderson, Gomez, and Allison in goal. Full rotation changes every half hour allowed Klopp to use more of his squad before finally sending his best eleven out to finish the match. The Reds won the EFL Cup and FA Cup but narrowly missed out on the Premier League title and the Champions League. Klopp demands excellence from his players and will be hoping for an even more successful campaign this year.

Ten Hag's first game as United manager, if we win, we hype him up and laugh at Liverpool, if we lose, it's just a Preseason friendly. You know the drill

While not perfectly indicative of future performance, this match will certainly be a welcome sight to United supporters everywhere as their side was clinical, composed and held what was a very strong Liverpool side scoreless in Bangkok. Erik ten Hag will hope to continue this form for the rest of preseason, not just in official matches but on the training ground as well. If the team is able to continue at this pace and keep performing into its Premier League and Europa League campaigns, it may be a genuine force to be reckoned with come April and May of 2023.