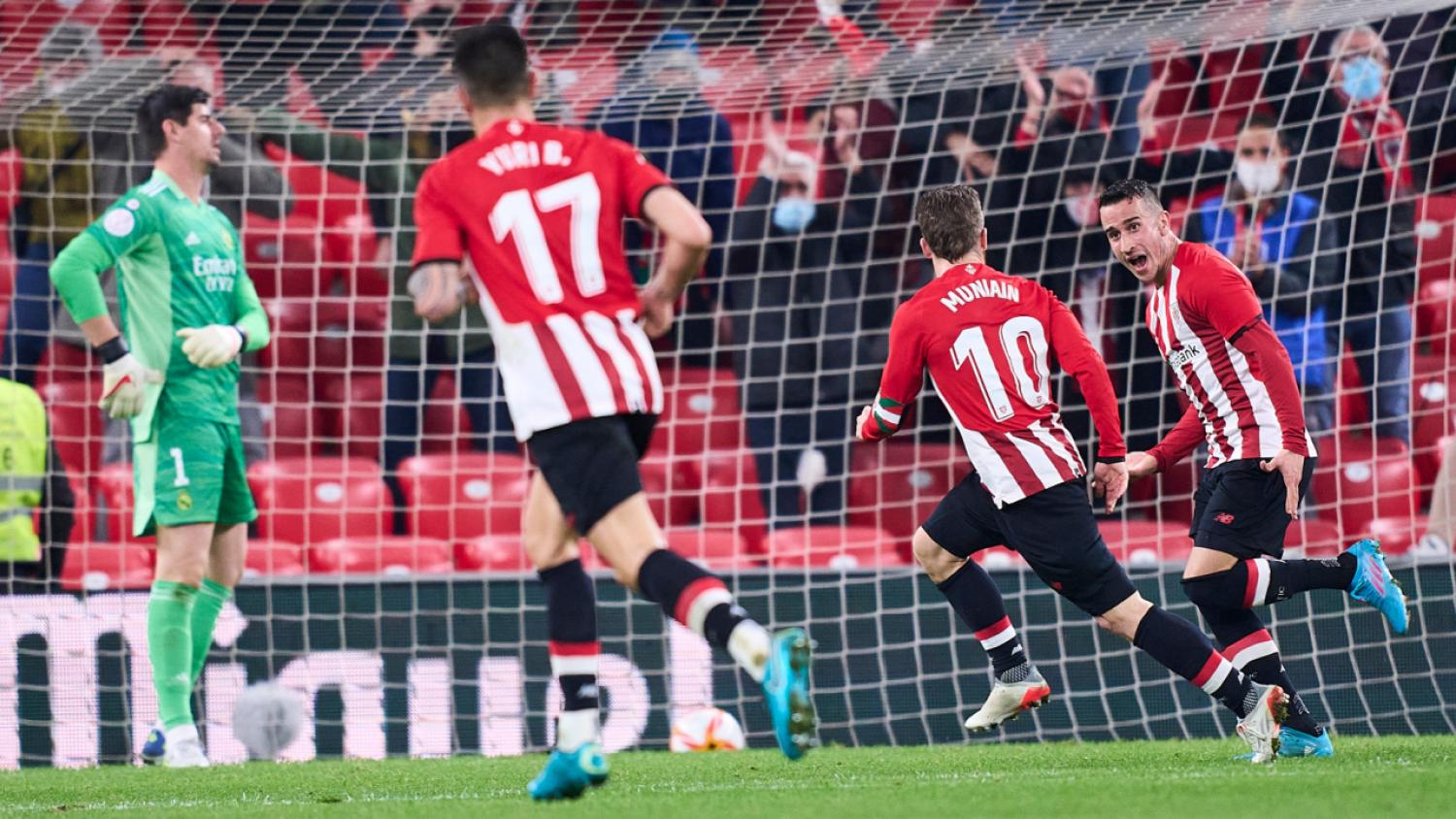 Athletic is one game away from playing in its third-straight Copa del Rey final.
Getty Images

Athletic Club has lost in the previous two Copa del Rey finals but the Basque club is absolutely determined to win the trophy for the first time since 1984. That determination has come in the form of knocking out Barcelona and Real Madrid in back-to-back rounds.

The hosts knocked Real Madrid out of the Copa del Rey Thursday with a dramatic last-minute goal.

A Benzema-less Real side was unable to provide a real threat to the hosts and paid for it in the final minutes of the game. Athletic — which had looked the better side throughout the game — scored the game’s only goal in the 89th minute.

The goal came from a truly unexpected source as Álex Berenguer scored his first goal of the season after 24 appearances. The forward has been having a forgettable season but came in clutch at just the right moment.

Real Madrid might be eliminated from the Copa del Rey pic.twitter.com/Iy70zLXPRY

Athletic Bilbao have knocked Real Madrid AND Barcelona out of the Copa del Rey this season pic.twitter.com/yJOh9QNqqe

Berenguer was put into the game at halftime after Athletic sensation Nico Williams was forced out of the game with a hamstring injury. The incident was every British commentator’s nightmare come true.

On a quick counterattack Williams was offside, however, the linesman didn’t raise his flag. Williams then tried a fancy square ball to his brother Iñaki, but his hamstring gave out as he passed the ball. If the linesman had raised his flag and play had been stopped, then Nico could have avoided injury.

Berenguer made the most of his chance and sent Athletic Club to the semifinals of the Copa del Rey. He and his club will discover their semifinal opponent (Rayo Vallecano, Valencia or Real Betis) on Friday.

For Real Madrid any chance of a domestic sweep is now impossible.