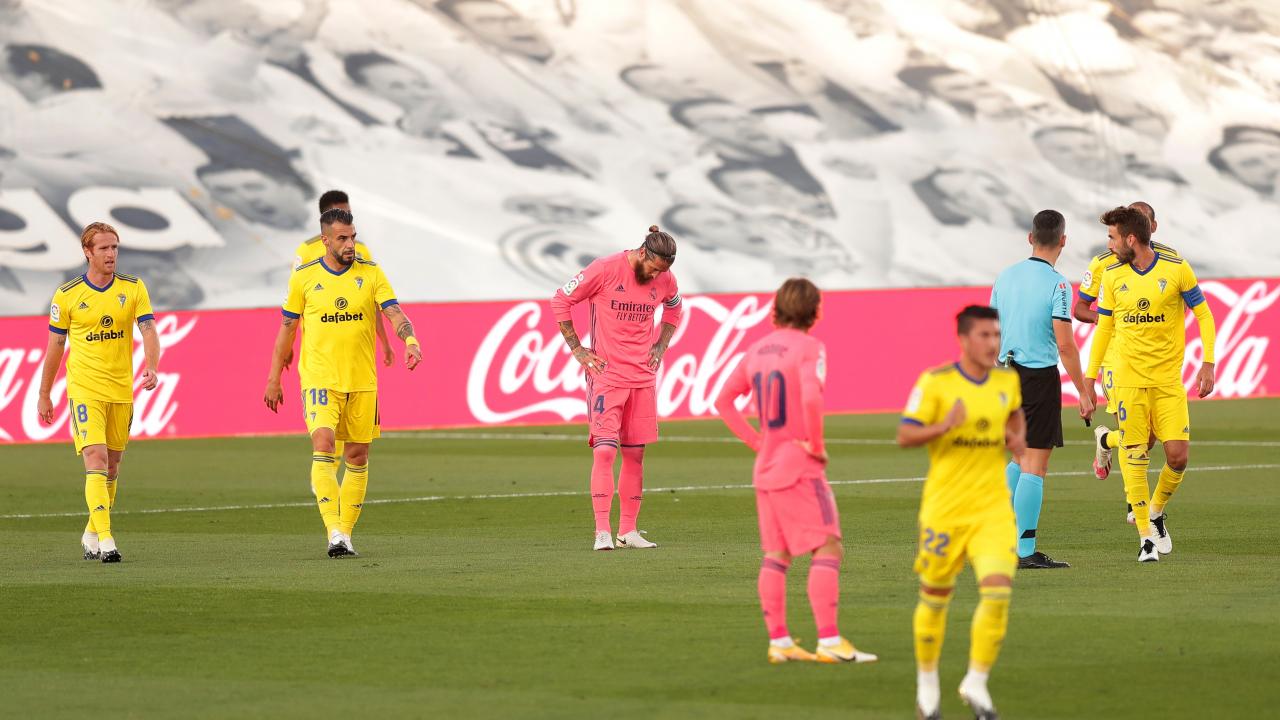 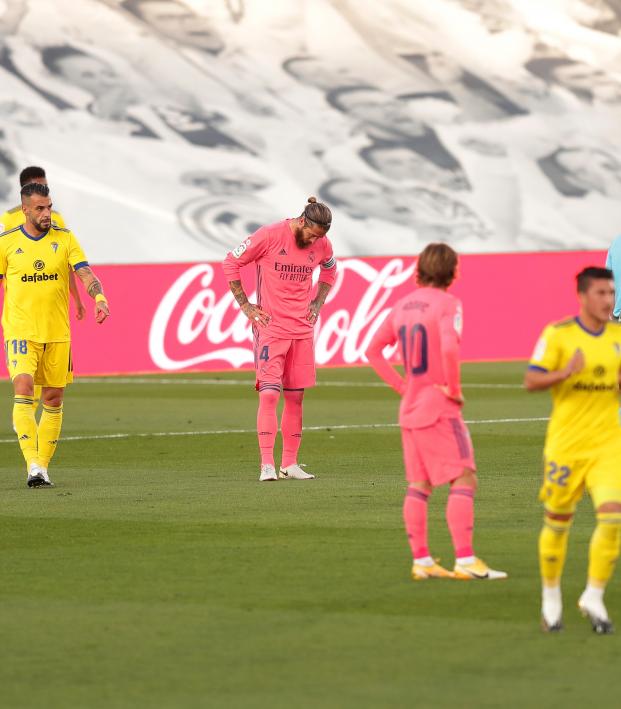 Reuters October 17, 2020
Cadiz got a goal from Honduran forward Anthony Lozano to see off the defending champion.

Honduran forward Anthony Lozano put Cadiz ahead in the 16th minute, darting between Madrid defenders Sergio Ramos and Raphael Varane to meet a cushioned header from Alvaro Negredo and lifting the ball over keeper Thibaut Courtois into the net.

Madrid coach Zinedine Zidane made four substitutions at halftime in a bid to turn the game around and brought on Luka Jovic later on, the Serbian striker soon putting the ball in the net but seeing his effort ruled out for a clear offside.

Vinicius Jr missed the target with a free header, while Karim Benzema struck the bar from the edge of the area and Cadiz clung on to claim their first league win over Madrid since 1991 and their first ever away win against them.

The shock victory took Cadiz up to second in the league, level on 10 points with Madrid, who visit Barcelona next week in the Clasico.

"If you concede an early goal against a team like this you really struggle," Madrid keeper Courtois said after his team suffered their first league defeat at home in more than a year.

"The first half was very bad, we conceded two or three chances, we had a serious discussion at halftime and made a few changes but couldn't find the goal because they were very organised and defended very well.

"We weren't at our best today and if you aren't at your best you can't expect to win games."

Zidane had hinted at rotating his squad for the match but fielded a strong team, not withstanding injuries to defenders Dani Carvajal, Alvaro Odriozola and forward Eden Hazard.

He took off captain Sergio Ramos at halftime and the defender was seen icing his knee as he watched on from the stands as Madrid, wearing an unfamiliar pink jersey despite playing at home, tried in vain to break down Cadiz, who are back in the top flight for the first time in 14 years.

"This is a historic win and we want to celebrate it," said match-winner Lozano.

Early in the match, Ramos made this goal-line clearance to keep the match scoreless.