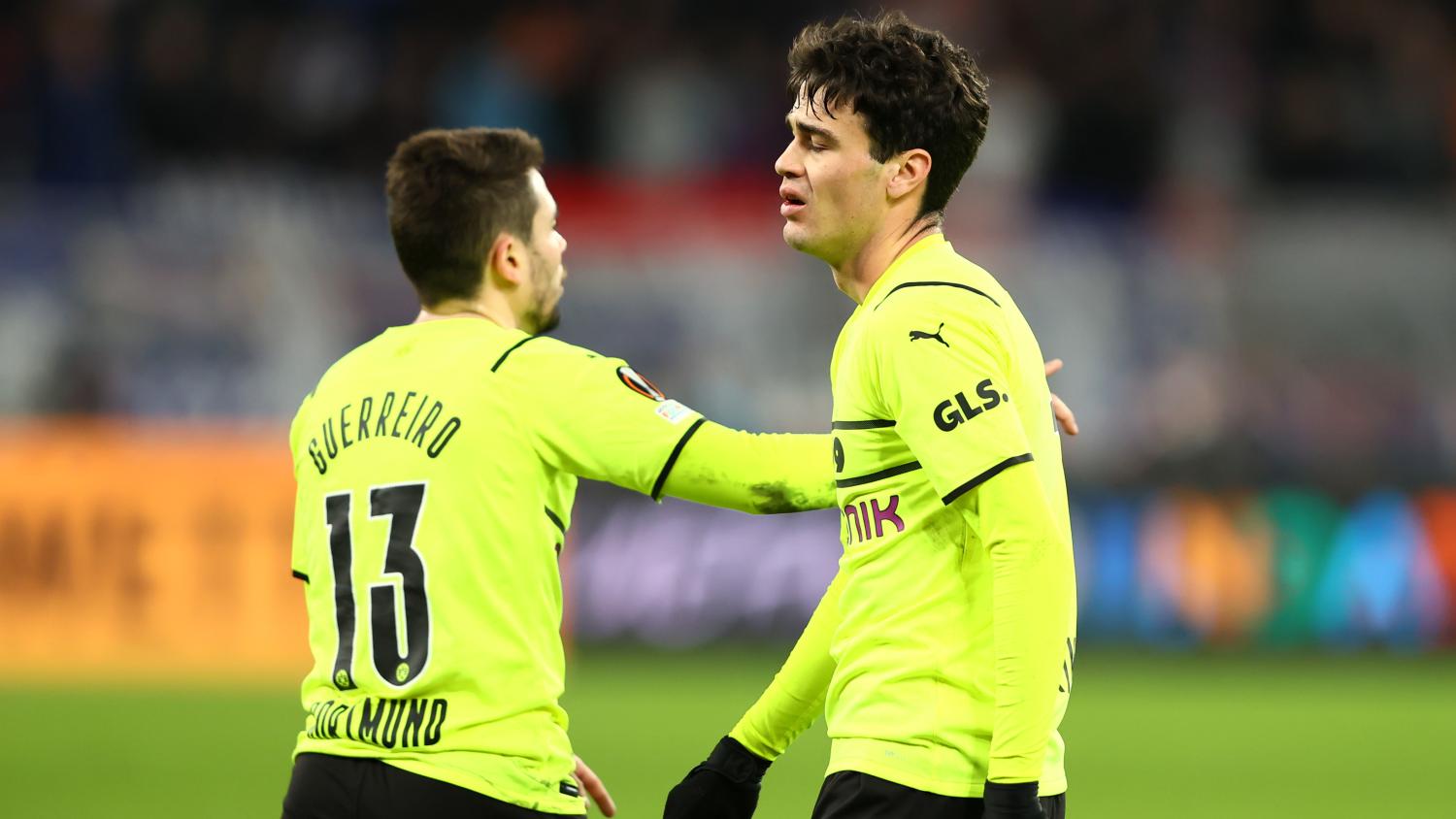 It's a famous 4-2 Europa League win at Signal Iduna Park for the Scottish champions.
Getty Images

DORTMUND - Rangers pulled off a stunning 4-2 win away to Borussia Dortmund on Thursday to take command of their Europa League knockout stage playoff tie.

A penalty from James Tavernier put the Glasgow side ahead in the 38th minute before Colombian forward Alfredo Morelos doubled their advantage in the 41st, tapping in from close range following a well-worked corner routine made easier by slack marking from Dortmund.

2 GOALS IN 3 MINUTES. A DREAM START FOR RANGERS. pic.twitter.com/2HY3hT46Lj

A thumping first-time strike from John Lundstram from outside the box put Rangers in dreamland in the 49th minute although England midfielder Jude Bellingham quickly pulled a goal back in the 51st, smashing into the net from outside the box to give the hosts a foothold in the game.

TWO GOALS IN TWO MINUTES TO START THE SECOND HALF. THIS GAME. pic.twitter.com/MrKu5rDyWS

Rangers took no time to respond, restoring their three-goal advantage in the 54th with an own goal from Dortmund defender Dan-Axel Zagadou, who deflected a strike from the lively Morelos beyond the reach of goalkeeper Gregor Kobel.

RANGERS EXTEND THEIR LEAD TO 4-1. THIS MATCH

Catch all the action on @Paramountplus now. pic.twitter.com/0uDzU48r11

Dortmund salvaged some hope for next week's second leg at Ibrox with a piledriver from Raphaël Guerreiro in the 82nd minute while defender Mats Hummels tried to pull another goal back deep in stoppage time but could only produce a wayward shot which flew over the bar.

A reduced capacity due to coronavirus restrictions made for a subdued atmosphere at the Signal Iduna Park, with only 10,000 fans present in the stadium where one stand is nicknamed the Yellow Wall due to the noise emanating from it. Giovanni van Bronckhorst's side made the most of the reduced home crowd and were utterly dominant against Dortmund, who are second in the Bundesliga and usually very reliable at home, having won 12 of their 15 home games in the league and in Europe.

They were still missing injured top scorer Erling Haaland, who could return in time for the second leg, where 50,000 fans are set to pile into a full-capacity Ibrox hoping to see their side complete the job against one of Europe's powerhouses.