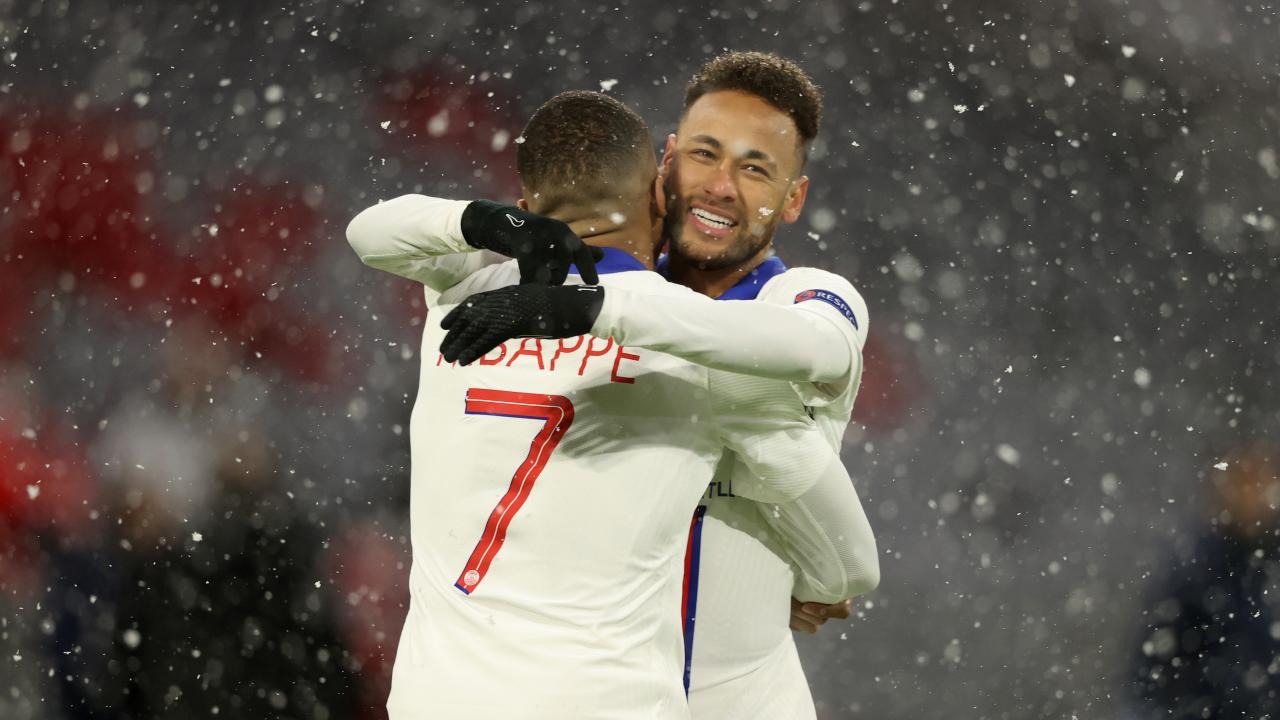 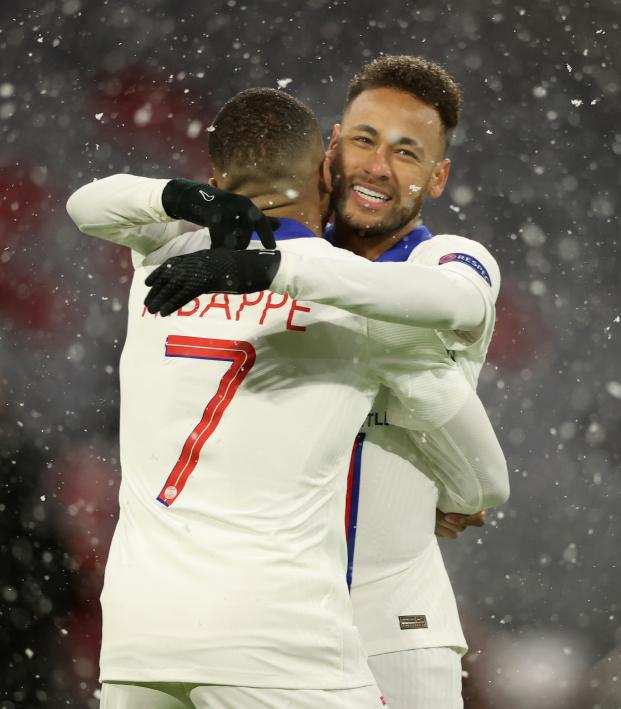 The Anarchy Of Neymar And Mbappé Disrupts The Bayern Munich Machine

Connor Fleming April 7, 2021
With Mbappé leading the line and Neymar playing behind, PSG is more decisive than any team on the planet.

Kylian Mbappé and Neymar put on a master-class in producing the unexpected on Wednesday, earning PSG three vital away goals at the Allianz Arena in a 3-2 win over world champion Bayern Munich in their Champions League quarterfinal first leg. With those two at their best and Robert Lewandowski out injured, PSG takes Bayern’s crown as the most decisive team on the planet in the final third.

PSG’s opening goal was scored by Mbappé in the third minute, but the 22-year-old’s only real contribution was a finish so poor that it deceived Manuel Neuer and squirmed through his legs in slow motion, giving the impression of a sweeper chicken laying an adidas egg.

All credit goes to Neymar, who won possession, disguised a forward-thinking pass to Ángel Di María, continued his run and received the ball back, sucked five defenders into his orbit and then slipped it onto Mbappé’s stronger foot.

After back-to-back eliminations in the Round of 16 without Neymar, the Brazilian’s unique ability to alter the course of marquee matchups has never been more evident.

That error from Manuel Neuer though pic.twitter.com/oxonpViGmd

In the 28th minute, Bayern again banked on Neymar playing the simple, cautious ball backwards, but that’s not what he’s about. The Brazilian’s first-time wedge back into the area caught Bayern’s defense ambling forward mindlessly, and Marquinhos beat the trap with ease before taking his sweet time against Neuer one-on-one.

Unfortunately for PSG, Marquinhos — who had been excellent in defense as well throughout the opening half-hour — was forced off shortly after with a groin injury.

With PSG suddenly struggling to find its shape, a period of extended pressure ended with Benjamin Pavard picking out the head of former PSG striker Eric Maxim Choupo-Moting with the defense focused on the movement of Thomas Müller.

From Stoke City to the #UCL Eric Maxim Choupo-Moting gets one back! pic.twitter.com/5edFVtlxOD

Neymar finished the half as PSG’s most accurate passer at 92% (12 of 13) and both of his key passes were assists. In the ultimate show of simply taking what Bayern was giving to him, the Brazilian didn’t attempt a shot or complete a dribble in the opening 45.

Averaging a goal or an assist every game pic.twitter.com/zrYcNOR5P6

The opening 15 minutes of the second half were beyond frantic. Neymar was denied by Neuer, Di María had his follow-up cleared off the line, David Alaba forced Keylor Navas into a stinging save and Pavard did the same.

The red wave then kept coming at PSG, and the equalizer was entirely predictable with the visitors allowing Müller space and time in the area to meet Kimmich’s free kick on the hour mark.

There was a question of when PSG would not just create another chance, but when they would generate enough possession to foray forward into Bayern’s half again. The answer was a resounding one with Di María playing Mbappé through with only Jérôme Boateng as resistance in the 68th minute.

The chance appeared gone when Mbappé came to a standstill in the area, but the Frenchman threw a couple feints at Boateng, working a half-yard of space and giving Neuer the eyes before finishing impudently at his near post.

It was a wild game in that the relentless Bayern pressure (64 percent possession, 31 shots and 12 on target) was really only ever broken up by the intermittent PSG goal. Mauricio Pochettino won’t be pleased with Bayern’s domination, but there’s no club on the planet that can deal with the combination of Mbappé and Neymar when they’re this decisive on the counter.