Manchester United isn’t playing around this summer and has had arguably the best transfer window out of all Premier League teams. Other than PSG, the potential Manchester United starting XI 2021 looks like the best in Europe.

The last time Manchester United was Premier League champion, 2013, I was finishing up middle school. Could this group of players be the ones to end its league-title drought? 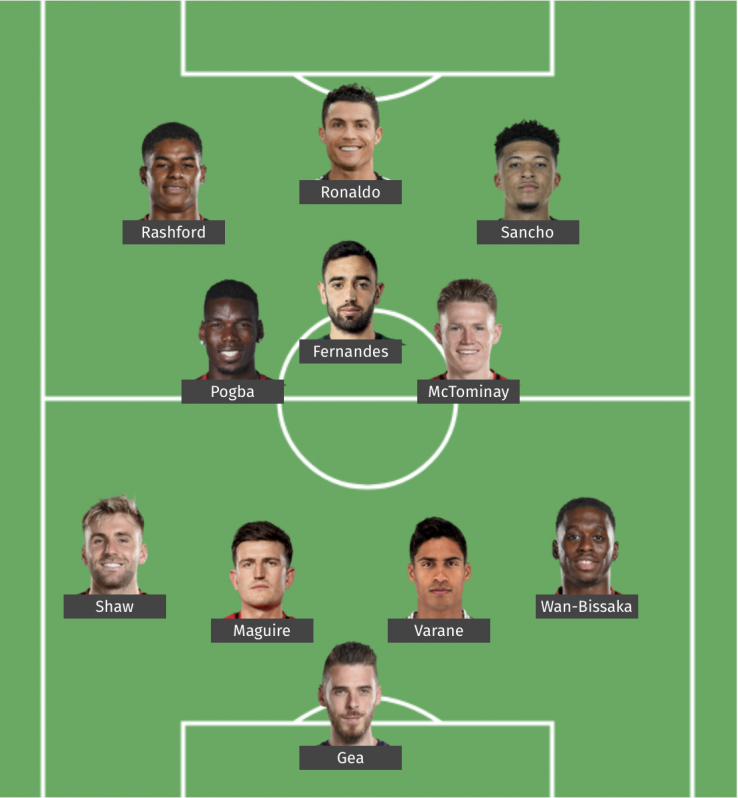 Manchester United shocked the soccer world when it swooped in to snag Cristiano Ronaldo. That front three is scary good.

The signing of former Real Madrid center back Raphaël Varane has given Manchester United's defense a much-needed boost.

Agreement almost done between Man Utd and Real Madrid, just final details to be completed and then paperworks time. It’s a “matter of hours or days”. Here-we-go.

Varane has a total agreement on personal terms too.

Raphaël Varane vs. Real Madrid defenders in LaLiga in 2020/21:

Is he the last piece of the puzzle for Man Utd? pic.twitter.com/tf1RNxaLPa

In the 2020-21 season, the Red Devils conceded 44 goals. That’s the second-highest number by the club over the past seven campaigns. A center back partnership of Varane and Harry Maguire should quell more of the opposition’s attacks next season.

On the attack, Manchester United landed one of the biggest transfers of the summer after shelling out $93.5 million for Borussia Dortmund ace Jadon Sancho.

THE WAIT IS FINALLY OVER. @ManUtd pic.twitter.com/k4rEbNYmdg

Pogba is finally starting to live up to expectations in the red of United. While his performances with the club in past seasons haven't been great, anyone who watched this summer’s Euros saw how capable Pogba is of providing brilliant passes and his ability to pull off the spectacular. He has been an assist master in United's first couple of games.