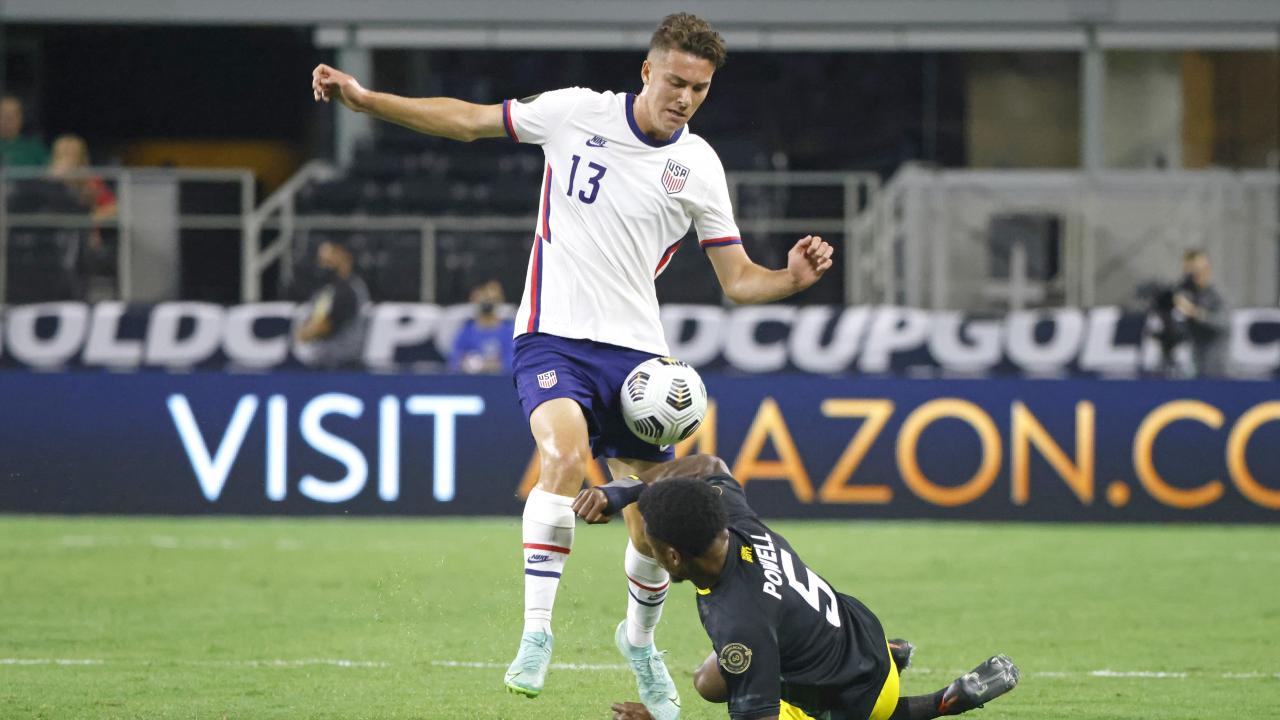 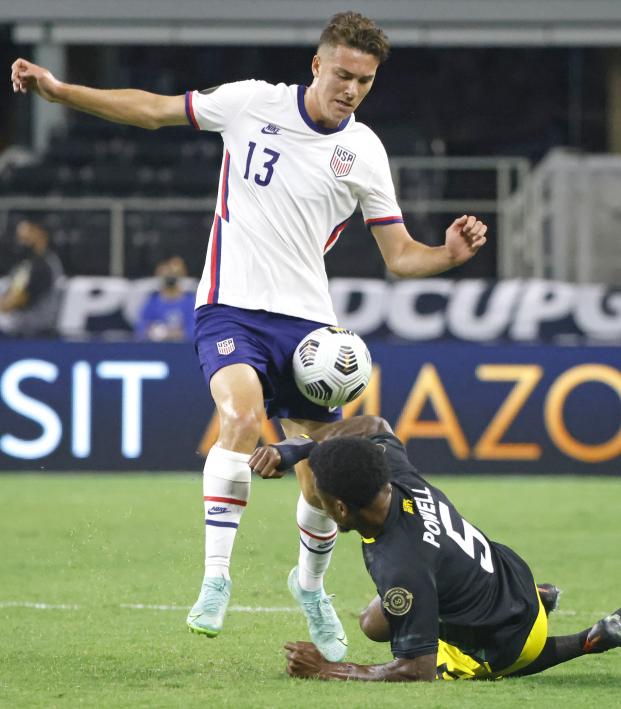 A beautifully chaotic Gold Cup quarterfinal between the USMNT and Jamaica produced a dramatic winner on Sunday night in Arlington after 20-year-old forward Matthew Hoppe earned the Americans’ passage to the semis with a header in the 83rd minute.

With an average age of 23 and average cap collection of just 12, there was a question of nerves — especially after a large crowd at AT&T Stadium had belted out "The Star-Spangled Banner" to animate the enormity of the occasion.

And the home of the braaaaaave...

The U.S. came close to shitting the bed in the first 15 seconds.

It was ruled offside, but Jamaica is already putting pressure on the USMNT just seconds into this game pic.twitter.com/pZ8Lc0Kt23

Jamaica’s high press in the opening 10 minutes was committed, and it put the U.S. in a couple awkward situations while attempting to play through. But the U.S. stayed true to Gregg Berhalter’s philosophy, and the U.S. was able to play some decent stuff with Kellyn Acosta at the heart of everything and Gianluca Busio complimenting him well.

Kellyn Acosta didn't miss this by much pic.twitter.com/LIx7Dl6viu

The youthful exuberance was best personified by Hoppe, who stung the palms of Andre Blake with a pile driver on the half-volley, but — as much as we appreciate an entertainer — the 20-year-old was guilty of overplaying a couple times and losing possession.

What a look for Hoppe!

The @USMNT is building the pressure in the first half pic.twitter.com/LNB8WI8NBm

Still, Hoppe was a constant spark, but the same couldn’t be said of his partners up top. Daryl Dike was quiet — it seemed like his shoulder was still ailing him — and Paul Arriola was nonexistent.

Although Jamaica had only 35% possession, they used it — attempting five shots and putting four on frame in the opening 45. U.S. goalkeeper Matt Turner had a strong half.

@headdturnerr comes up with a BIG TIME save for the @USMNT pic.twitter.com/TAT90HN5bA

Hoppe struck another volley that forced Blake into a save to start the second period, and at the other end, Miles Robinson continued his impressive tournament.

@_milesrobinson_ comes up with a HUGE defensive stop for the @USMNT pic.twitter.com/C5jQAWuP6q

It came as no surprise that Dike and Arriola were the first to be replaced shortly after the hour with Gyasi Zardes and Cristian Roldan coming on. The game grew ragged, and Berhalter prepared both Nicholas Gioacchini and Reggie Cannon to join them.

It was obvious that Gioacchini was going to replace Hoppe — the Schalke attacker could hardly move after all the work he’d put in — but his last contribution was the game-winner off Roldan’s feed.

HOPPE GIVES THE @USMNT THE LEAD IN THE 83RD MINUTE! pic.twitter.com/RTdinsbzGZ

Next up is Qatar, which beat El Salvador 3-2 on Saturday. Mexico plays Canada in the other semifinal.