Phoenix Rising Places Player Accused Of Slur, Coach Who Did Nothing On Leave 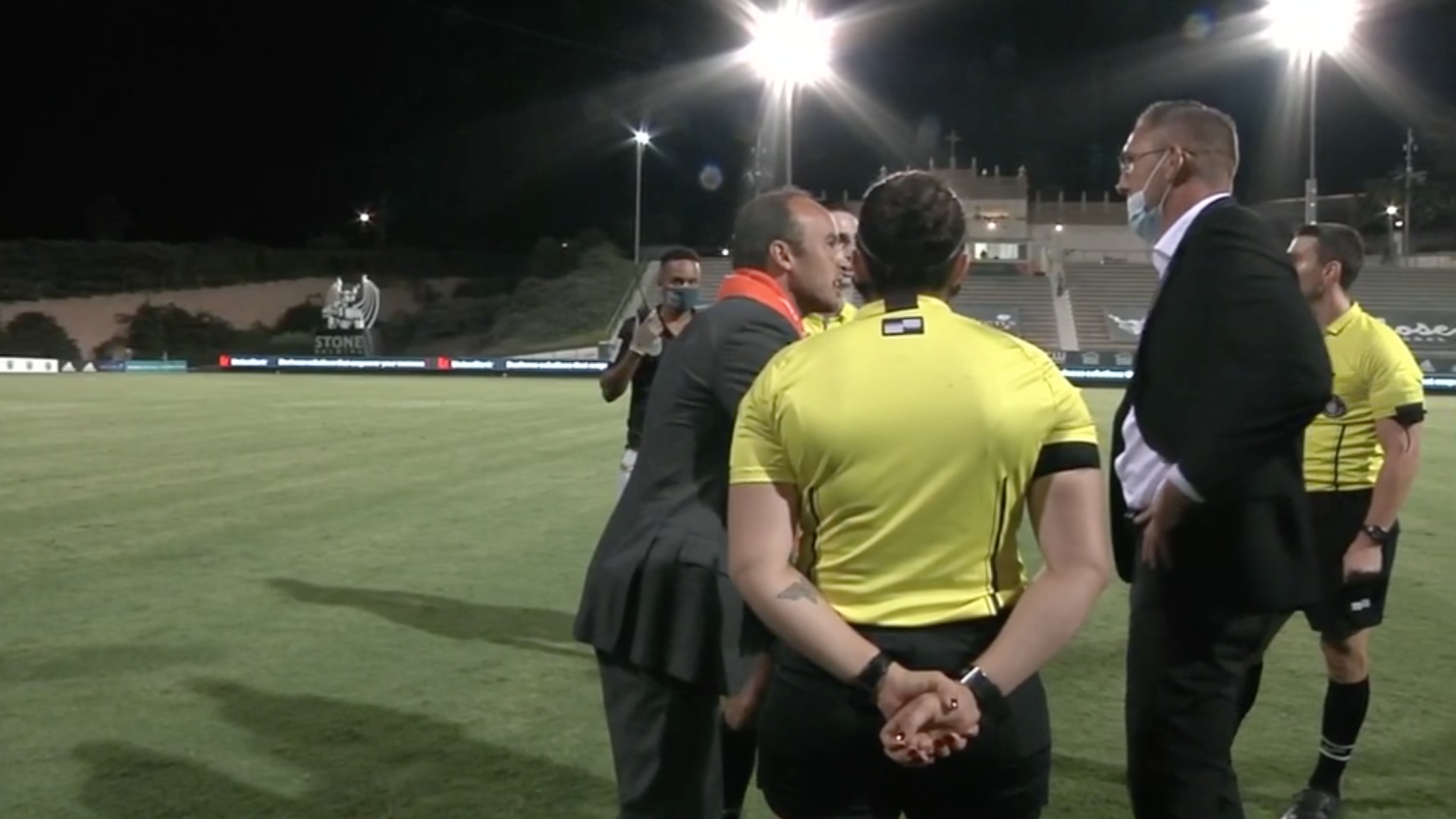 Player Junior Flemmings and coach Rick Schantz have been placed on leave while Phoenix Rising and USL conducts an investigation.
Screenshot: ESPN+

A day after an alleged homophobic slur by one player against another led to San Diego Loyal SC walking off the pitch in protest and forfeiting their USL Championship match against Phoenix Rising FC, the Rising on Thursday announced they placed midfielder Junior Flemmings — the player at the heart of the allegation — on administrative leave.

At the end of the first half Wednesday night, the Loyal's Collin Martin received a red card while talking with the referee. During the discussion, Martin maintained that an opposing player called him a homophobic slur late in the half. In June 2018, Martin came out as gay while with MLS' Minnesota United.

Martin's red card was subsequently rescinded by the referee.

The San Diego club is co-owned and coached by Landon Donovan, the joint all-time-leading goal-scorer in U.S. men's national team history. At the start of halftime, Donovan spoke with officials and with Schantz and said he asked for Flemmings to be removed from the game. After the Loyal came back out for the second half and saw Flemmings was still in the game, the San Diego players all took a knee when the whistle blew, then walked off the pitch a few seconds later.

Flemmings denied he made the slur in a statement late Wednesday. After additional investigation, the Rising released the following statement Thursday night:

Earlier Thursday, Martin tweeted his own statement, identifying the term that was used -- Flemmings is Jamaican and the alleged slur was Jamaican slang that translates to a homophobic slur in American English. Martin also said that he was given the red card because, as he explained to the referee what Flemmings allegedly called him, the referee became confused and thought Martin called the referee a homophobic slur.

In his statement, Martin then thanked his team for supporting him.

"Their collective decision to walk off in solidarity and forfeit the match speaks volumes of their support for me and what this organization is standing up to," the statement read, in part. "Ultimately, I hope this can be another example that we have a long way to go in educating ourselves and kicking hate out of the game."

Collin Martin opens up about the events from last night's match. #SDvPHX pic.twitter.com/WPO4dOpYRJ

On Sept. 23, LA Galaxy II defender Omar Ontiveros used a racial slur against the Loyal's Elijah Martin, a Black player. The Loyal earned a point for a draw in that game, but two days later the club announced it would forfeit that point. Ontiveros was released by the LA Galaxy II on Saturday.

"We went through a really hard incident last week in the L.A. match and we made a vow to ourselves, to our community, to our players, to the club, to USL, that we would not stand for bigotry, homophobic slurs, things that don't belong in our game," Donovan said Wednesday night in a video posted to social media after the match, adding that the team's biggest regret from the Galaxy II incident was not taking a stand at the moment the slur was used.

The Galaxy II's win on Wednesday, combined with the Loyal deciding to forfeit the match against the Rising, officially eliminated San Diego from postseason contention.