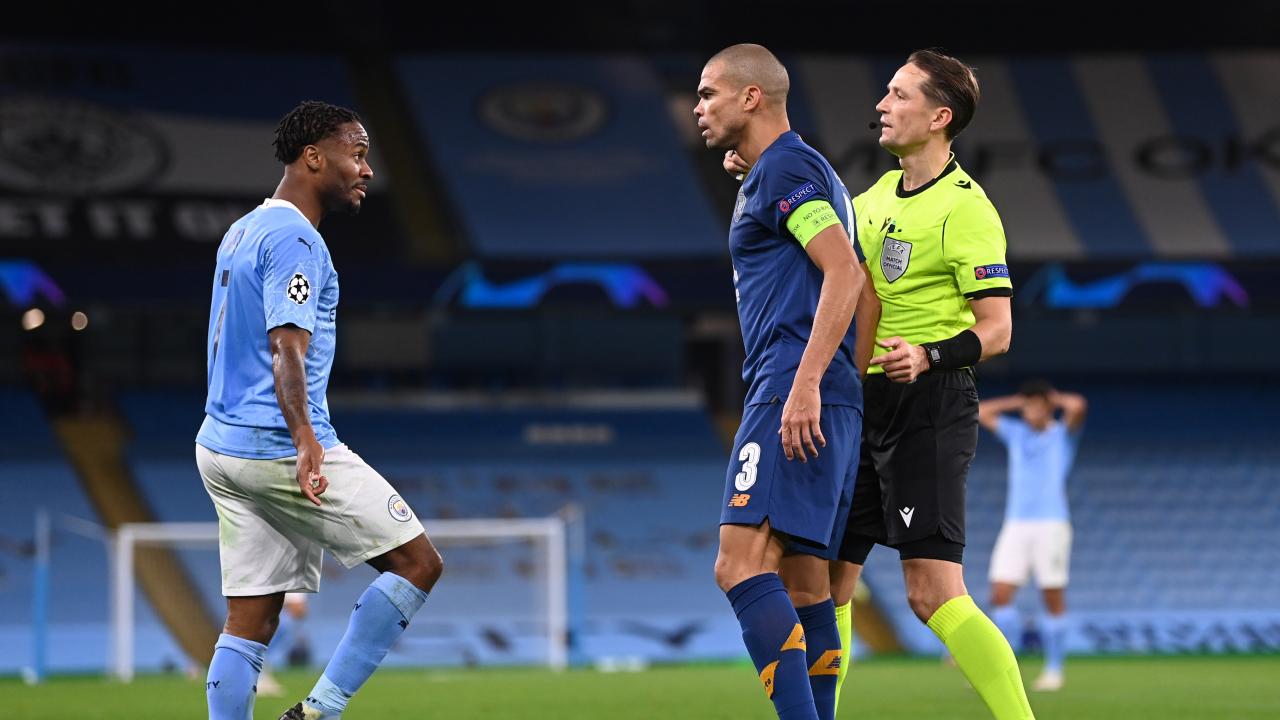 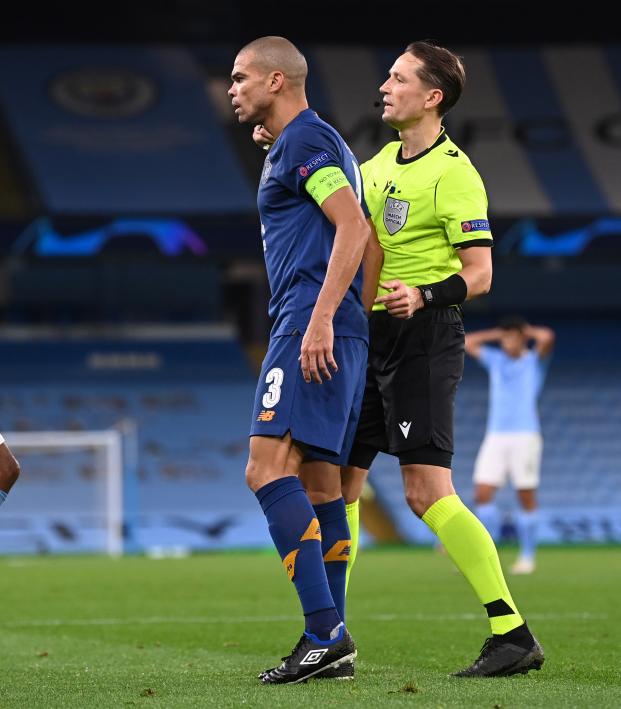 Connor Fleming October 21, 2020
Would I rather watch Pepe than Bayern vs. Atlético? Of course, so that’s what I did.

Eyes bulging, brows knitted and limbs a collection of angular bludgeoning tools, Pepe came rumbling and tumbling toward Raheem Sterling in the back of the area after nearly committing a series of fouls with only one thing on his mind: to successfully commit a foul this time.

If there was an ounce of embellishment on Sterling’s part it was only in that he immediately recognized Pepe’s cruel intentions and tried to save himself.

“I’m surely about to get my shit rocked,” Sterling probably thought while preparing to jump out of the defender’s wrath.

It was entirely unnecessary with Porto having taken a 1-0 lead just minutes before through Luis Díaz, but that’s the beauty of Pepe — none of it is ever necessary. None of it ever works — particularly in a VAR era — but that doesn’t stop Pepe from trying.

“Now I’m going to totally redeem myself,” Pepe must’ve thought minutes later while throwing himself into the air and screaming bloody murder while looking for a penalty of his own. He didn’t win it. No one even stopped to check on him.

Pepe is really something pic.twitter.com/Jh1ZZGCFJr

But he’d get his revenge near the death by putting his face near Sterling’s face — a Pepe special — and kneeing the Englishman in the guts. Yellow card for Pepe.

pepe is needed in the prem pic.twitter.com/rOQ6hC2Mu6

He’s a 37-year-old Wile E. Coyote, devising all manner of cunning and insidious schemes that only ever end with him writhing on the ground in agony before confronting the referee over the injustice of it all.

The thing about football’s great villains is that they’re largely polarizing; they’re loved and loathed in equal measure. That’s not the case with Pepe. He’s pure, uncut evil. He’s the shit upon which the house was built.

Who can forget when he caused Edin Džeko to collapse by primally screaming “FUCK YOU” in his face?

Pepe doing Pepe things with a good ol' "fuck you" towards Dzeko, who crumbles to the ground in fear pic.twitter.com/SGidbY2W4H

What about the time, in front of a World Cup audience, he was killed by the touch of Medhi Benatia?

Or his crowning night, the 2016 Champions League final win over Atlético in which he turned Mark Clattenburg into a lizard…

Was injured by the helping hand of Filipe Luís…

And celebrated his widely condemned win by parading around the field with a selfie stick? 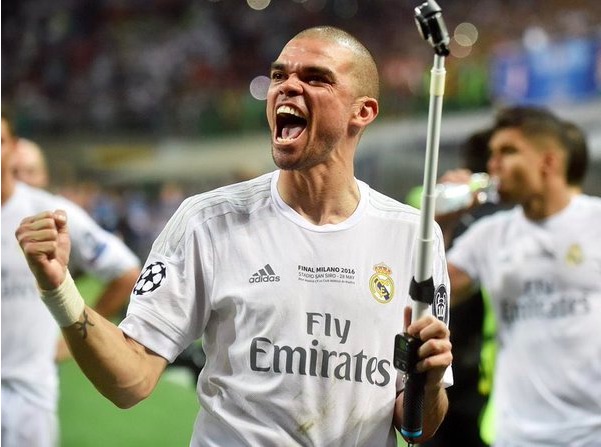 "I am the most insufferable human alive." *joyous fist pump*

The great news is that Pepe is going nowhere. He earned his 113th cap for Portugal on Oct. 14 and will probably outlast Cristiano Ronaldo at this point.