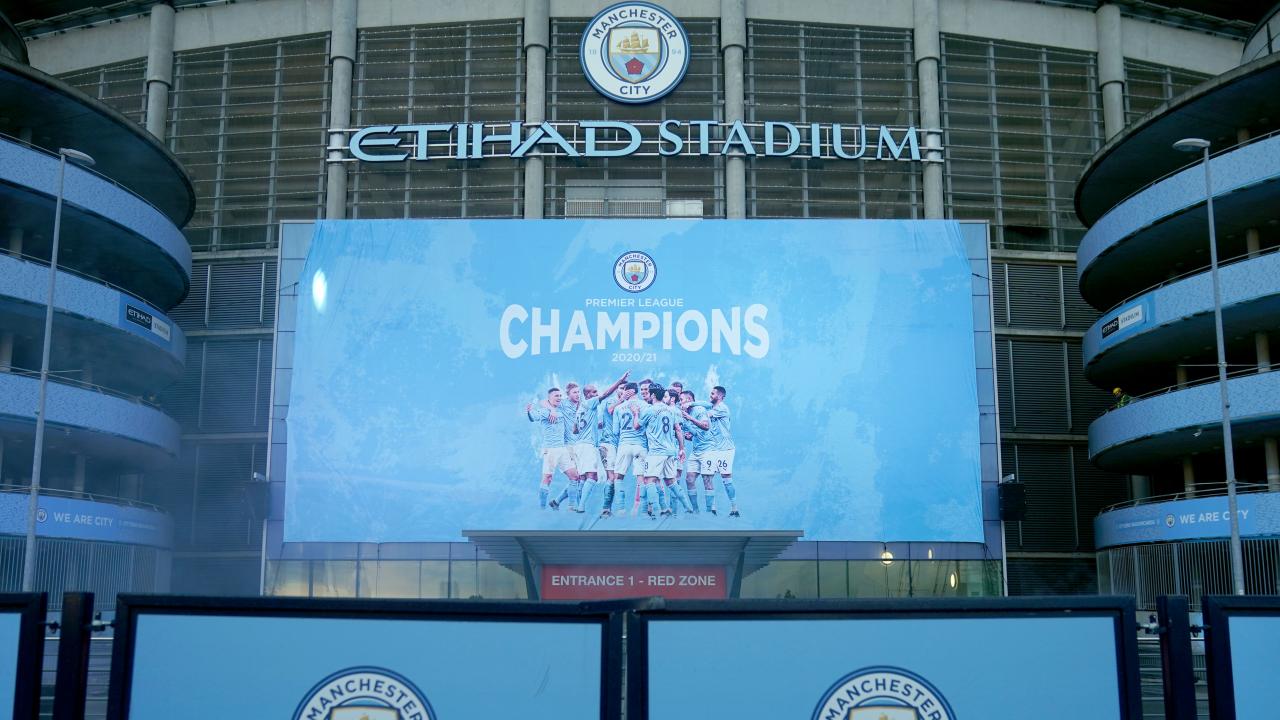 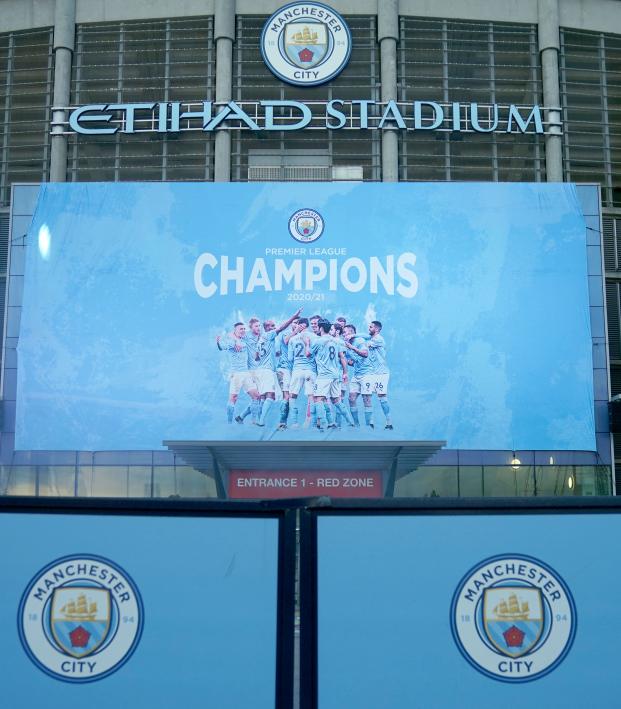 Reuters May 11, 2021
Manchester City’s title romp shows that Guardiola’s side has raised the bar yet again.

Whenever Manchester United did not win the Premier League in the glory years of Alex Ferguson, their fans took comfort in teasing their rivals by saying the title was merely out on loan.

Manchester City fans trotted out the same line when Liverpool steamrollered their way to the title last season to end City's reign as kings of England, but even the most blinkered Sky Blue feared a power shift had occurred.

Yet the way Pep Guardiola's City side regained control to be confirmed as champions on Tuesday, after a troubling start to the campaign, shows that not only are they top dogs again but that knocking them off the summit could be harder than ever.

"It always becomes harder," Liverpool manager Jürgen Klopp said as City closed in on their third title in four seasons. "They did not stop and they will not stop."

Having won the League Cup and Premier League, City could claim a treble by lifting the Champions League for the first time, which would confirm them as the best club side in world football - Sheikh Mansour's dream when he took control in 2008. That would be the cherry on the cake for Guardiola who has made no secret of the fact that winning the Premier League is his priority at the start of each campaign.

This season's triumph, sealed after City's closest challengers Manchester United lost 2-1 at home to Leicester City on Tuesday, might just be his most satisfying.

When the Spaniard led City to the title in 2017-18, they were a class apart, bagging 100 points, 19 more than Manchester United. The following season was a titanic title tussle which ended with City on 98 points to Liverpool's 97.

City can only manage a maximum of 89 points this season, but the way they seized control after managing only 12 from their first eight games has been sensational. When a 2-0 defeat at Tottenham Hotspur in November left City in 10th spot, legitimate questions were being asked about whether Guardiola was losing some of his sparkle.

Both he and his team responded in devastating style.

Since that defeat by Spurs, City have won 22 of their next 27 matches, including a 15-game winning run and a record-equalling 11 successive away league wins. While much is rightly made of City's formidable firepower and mesmerizing creativity, their resurgence was actually built on a granite-like foundations.

In the 15 league games following the defeat by Tottenham, City conceded three goals as Rúben Dias, signed from Benfica for $86.33 million in September, formed a watertight partnership with England defender John Stones.

With Sergio Agüero struggling with injury and illness in his final season, City have played without a recognized striker but İlkay Gündoğan has been an unlikely source of goals with his 12 making him City's leading scorer in the league this term.

Gündoğan, along with Kyle Walker, Riyad Mahrez, Stones and João Cancelo, typifies the way Guardiola has cajoled his squad to raise their levels after last season's dip. Walker has re-asserted his claim as England's best right back while winger Mahrez has produced his best football since inspiring Leicester City to the title in 2016.

Guardiola admits he is fortunate to work with a squad worth $1.3 billion according to website transfermarkt.co.uk, yet Phil Foden, a player who came through the youth ranks, has arguably been his ace in the pack.

Guardiola bided his time before unleashing the attacking midfielder but the precociously-talented 20-year-old has made himself one of the first names on the team sheet.

City have navigated a hectic fixture schedule in a season which, because of COVID-19, has been like no other.

"It's been a tough year with the lockdown," Guardiola said. "The team has been more resilient and calm."

The same cannot really be said of their rivals. No one could have predicted Liverpool's incredible collapse which saw them collect 35 fewer points after 34 games than last season — a statistic mitigated by a crippling injury list.

"People think it's an excuse but we lost our full defense, it felt like we broke our leg," Klopp said. "You can limp, with midfielders transformed to defenders, and the spine was broke."

Manchester United at least kept City in sight, just about, while Chelsea knocked themselves out of the running with a woeful run which cost Frank Lampard his job in January. Under Lampard's replacement Thomas Tuchel, however, there is mounting evidence that Chelsea can challenge City next season.

It is a huge task though as, like Klopp said, City will not stand still and the possibility of Norwegian sensation Erling Haaland arriving from Borussia Dortmund in the close season to boost their attack is a frightening one for the chasing pack.