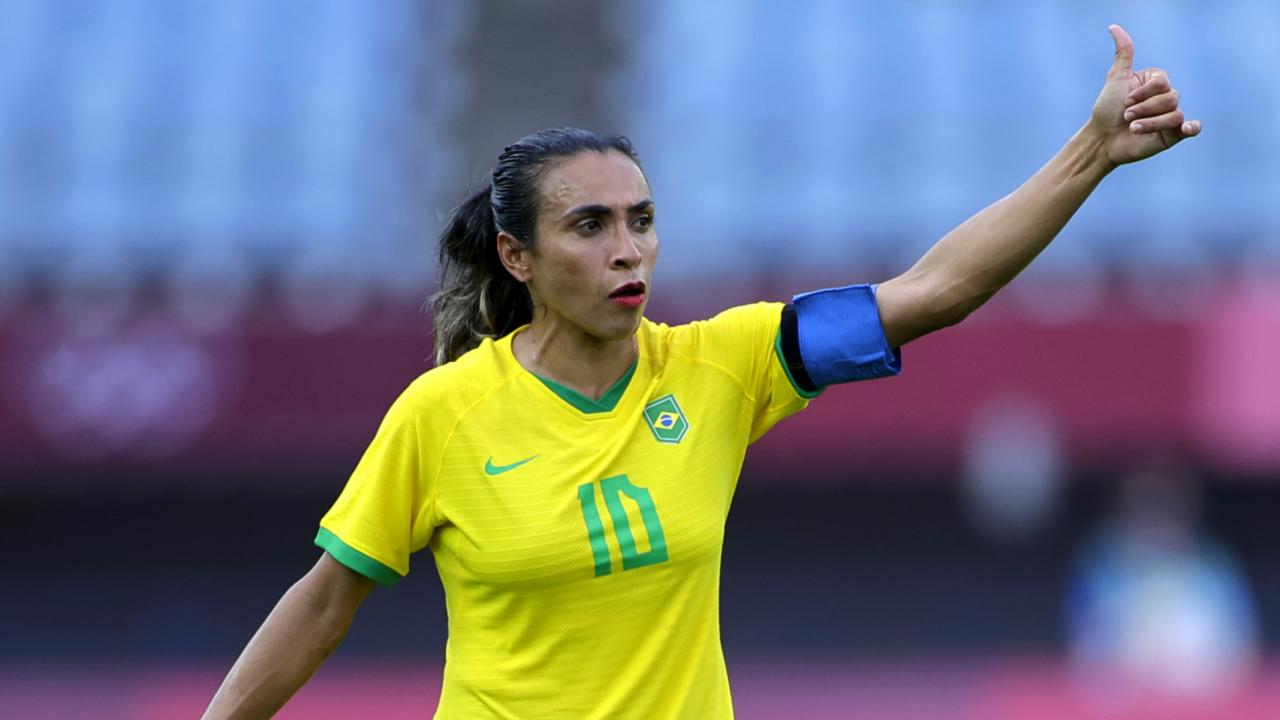 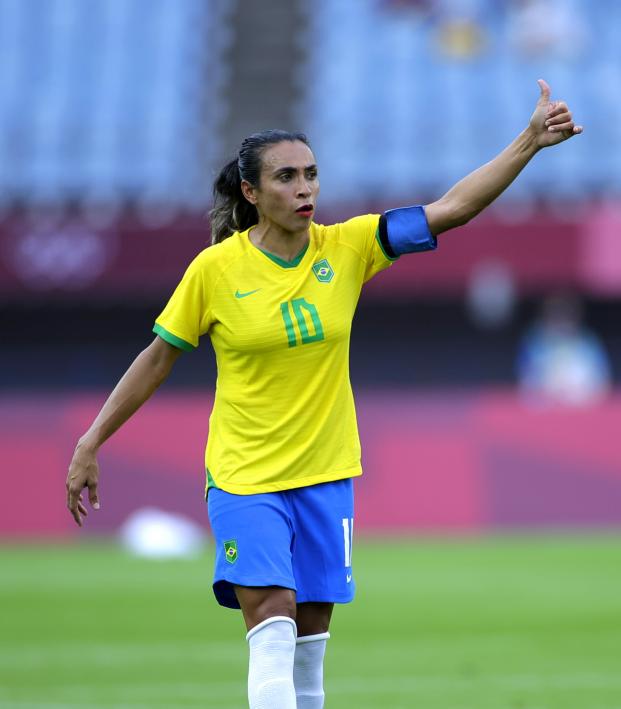 Connor Fleming July 21, 2021
Marta scored a brace in Brazil’s 5-0 win over China, meaning that she now stands alone with another incredible record.

Brazil opened its campaign at the Summer Olympics in resounding fashion on Wednesday after dismantling China 5-0 at Miyagi Stadium in Rifu. The Seleção’s goals were scored by Debinha, Andressa Alves, Beatriz and a brace from the legendary Marta.

By finding the net at Tokyo 2020, Marta became the first player ever to score in five straight Olympics. Overall, she now has 12 goals at Olympic Games, moving her two behind former teammate Cristiane at the top of the tournament’s all-time goalscoring list.

Marta’s achievement was celebrated around the world, but the most glowing words came from the former footballer who’s scored the most goals for Brazil’s men’s team, Pelé. 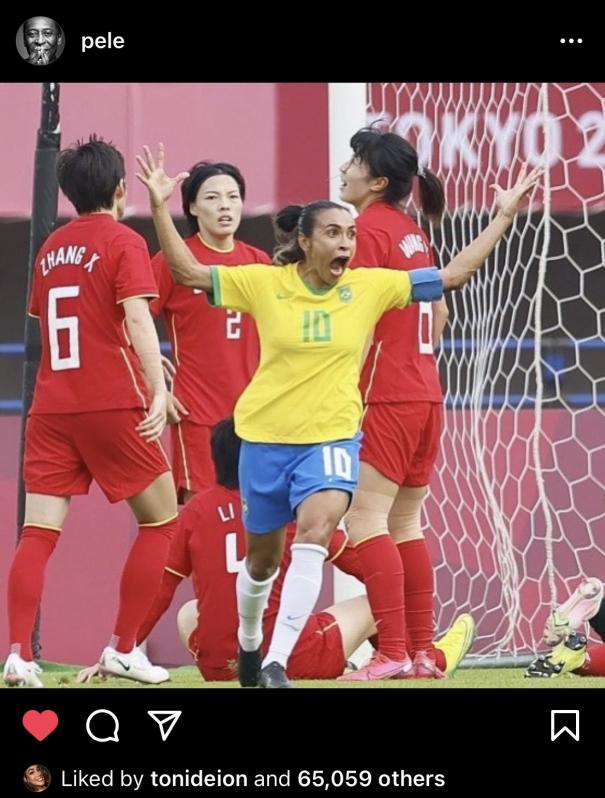 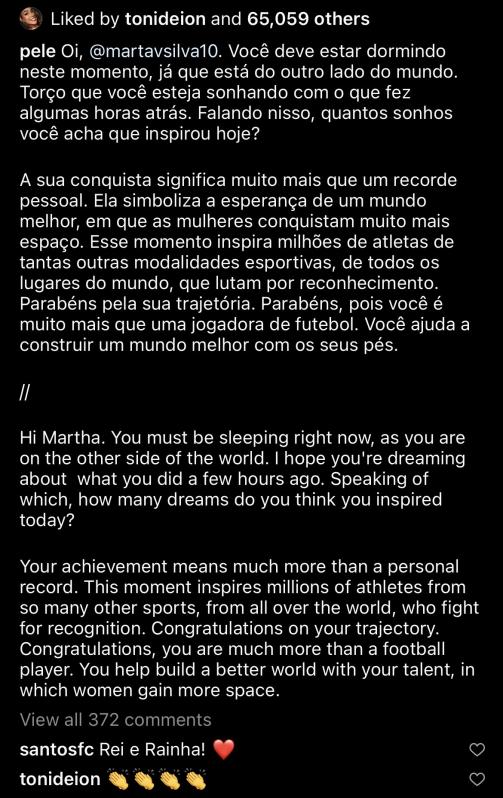 Marta and Brazil return to action on Saturday, July 24 against the Netherlands. The Oranje crushed Zambia 10-3 in their opening match.