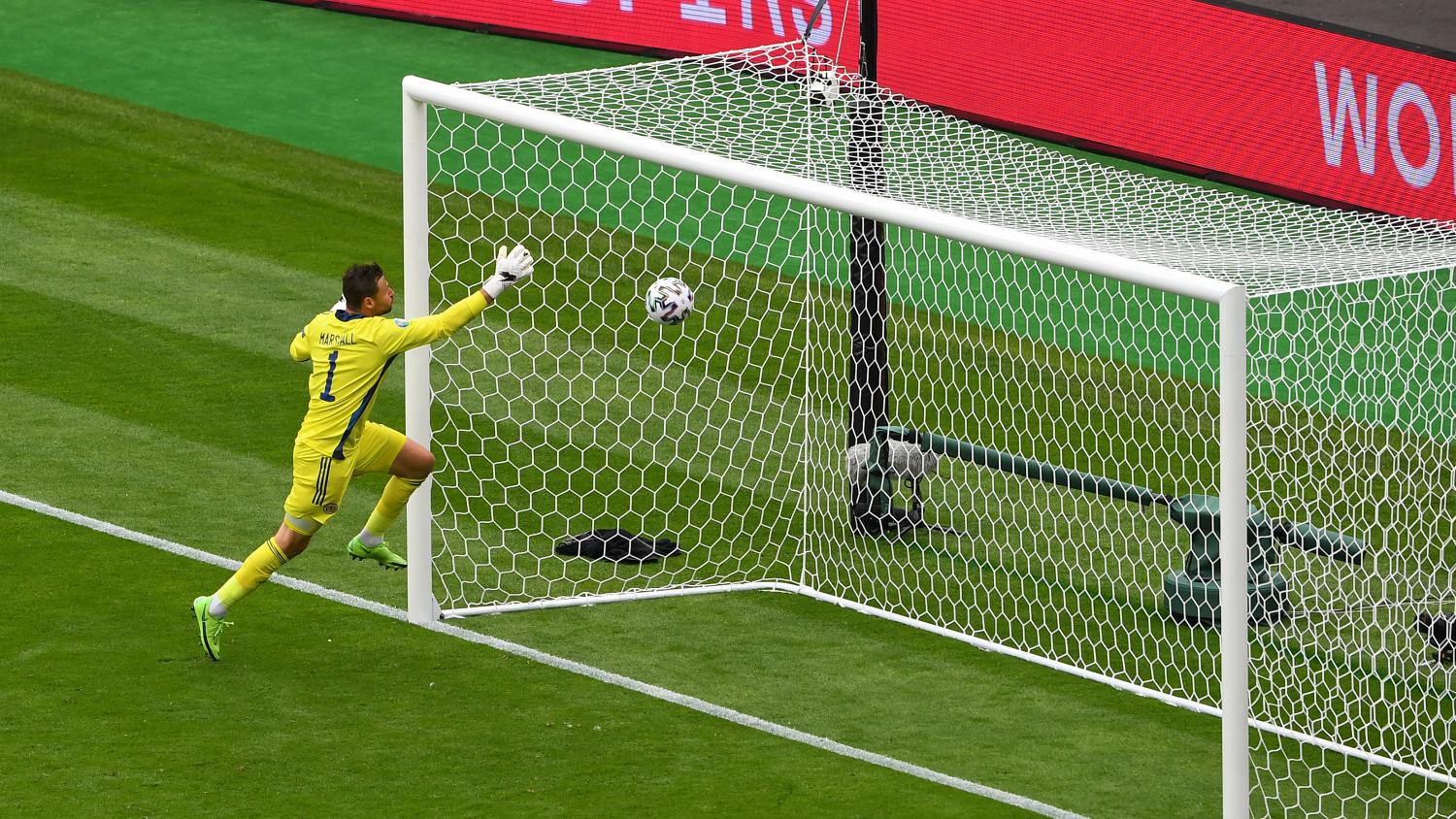 We have just witnessed one of the greatest goals ever scored at the European championship. The second Patrik Schick goal vs Scotland, launched from just within the midfield line, was the type of goal that will be replayed for decades to come, especially in the Czech Republic.

Schick opened the scoring in the Group D match on Monday with a glancing header a few minutes before halftime. Seven minutes into the second half, he doubled his and his country’s tally in spectacular fashion, spotting David Marshall off his line and perfectly lobbing the keeper from midfield.

OUT OF THIS WORLD FROM PATRIK SCHICK pic.twitter.com/1GDdrwwvmB

Goals from midfield aren’t unheard of (who can forget Carli Lloyd against Japan?), but they’re few and far between, especially in major tournaments like this.

Scotland hasn’t been in a major international tournament since France 1998. With Croatia and England still to play, the Scots knew the importance of starting strongly against the Czech Republic. They couldn’t have known Schick would score such an incredible goal.

Schick, a 25-year-old who has already played for six different clubs including Roma, RB Leipzig and currently Bayer Leverkusen, has now scored 16 international goals in 28 appearances.

The Czech Republic went on to win 2-0, going to the top of the group ahead of England on goal difference.

Here are the full-match highlights.