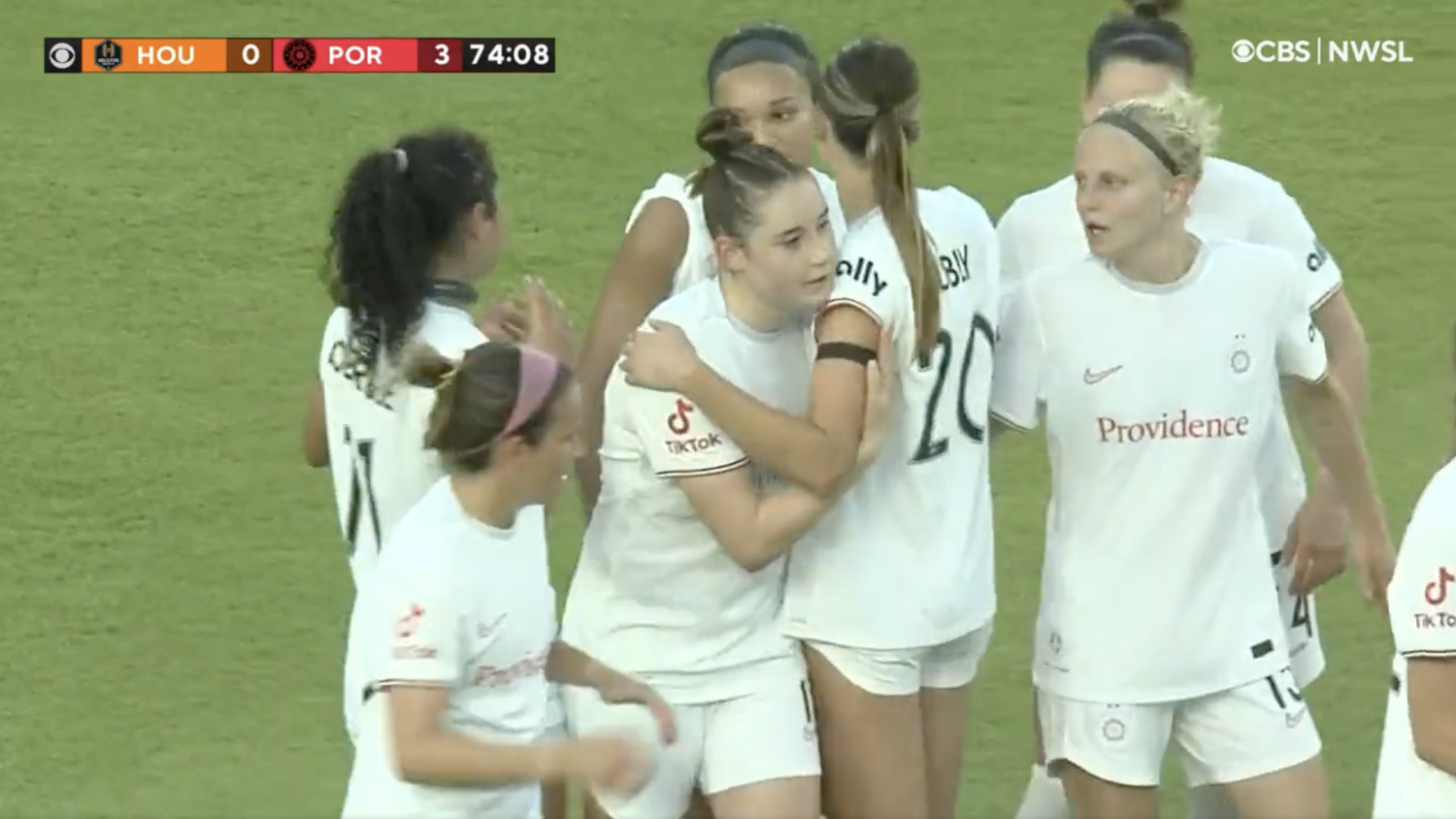 The Portland Thorns midfielder scored her first professional goal at the age of 16.
@NWSL | Twitter

Last summer, Olivia Moultrie set the record as the youngest player in NWSL history, making her Portland Thorns debut at the tender age of 15. Before she could even legally drive, Moultrie was starting — and making an impact — in the world’s toughest league. On Sunday night, Moultrie became the NWSL youngest goal scorer in a 4-0 romp over the Houston Dash.

The 16-year-old midfielder will turn 17 on Sept. 17, one day before Christian Pulisic’s birthday.

Moultrie, who had two career assists before Sunday, netted her first professional goal in the 74th minute thanks to a mistake in the back from Houston’s Katie Naughton, who had an awful night with an own goal in the first minute.

Moultrie cleverly dinked the ball over the leg of her defender to find the back of the net. It was her first goal, but it won’t be her last.

The previous record for NWSL youngest goal scorer belonged to Australia international Ellie Carpenter, who scored for the Thorns shortly after turning 18 in 2018. Carpenter, now 22 and playing with Lyon, also held the previous record for youngest NWSL player.  The youngest scorer in MLS history was Freddy Adu at the age of 14. While Moultrie has been hyped since she was in a Nike ad at 13, she appears to have the support around her to ensure she’s not a phenom who fizzles out before 20.

It's lonely at the top

Moultrie didn’t even know she was starting on Sunday, only earning a place in the lineup after Christine Sinclair — the greatest goal scorer in international soccer history — picked up a knock moments before the match. Nominally a midfielder, Moultrie can play just about anywhere. Though she’s yet to receive a senior cap with the USWNT, she’s been included in the youth teams, including helping the U.S. win the Concacaf Women’s U-20 Championship earlier this year.

It was a big day for Portland, which avenged a rare home defeat to the Dash in May. Sophia Smith netted twice and Houston was never really in it.

The Wins are Big in Texas #HOUvPOR presented by @Nationwide pic.twitter.com/0ASMCdQiLN

Portland, which leapfrogged the Dash into third place, will hope to keep its scoring form going when the Orlando Pride visit the Pacific Northwest on Sunday. The Dash will try to rebound against the N.C. Courage, also on Sunday.