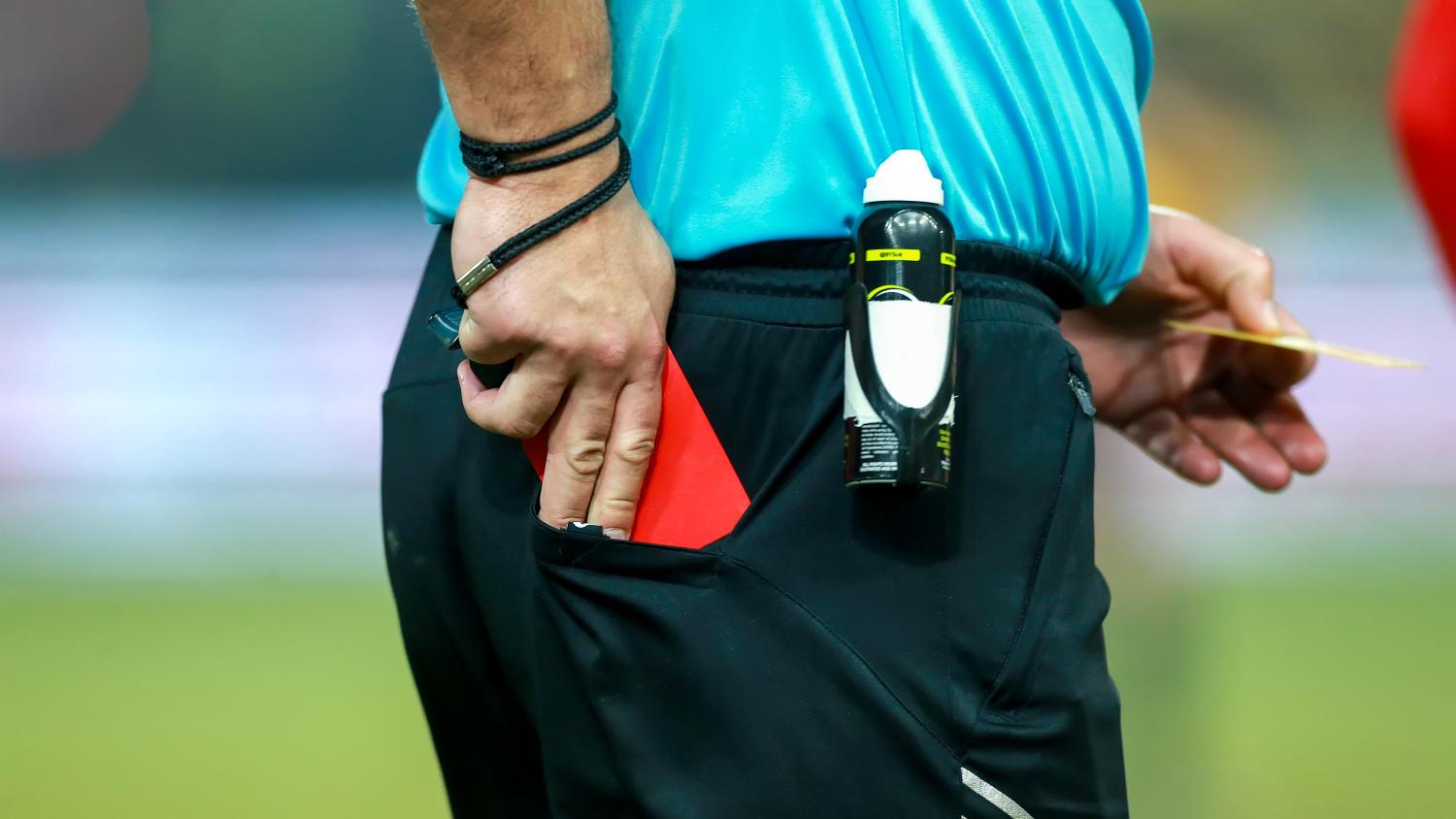 No one was physically harmed in the incident.
Shutterstock

Some wild scenes took place during an adult league soccer game in Pauls Valley, Oklahoma, on Sunday when the referee pulled out a gun and shot towards a player and crowd of people. The Oklahoma referee’s name is Davi Bathez and he was arrested after the incident.

According to police, a dispute took place after Bathez issued a red card to one of the players. A small scuffle ensued over the red card which led to the referee grabbing a gun from his car and shooting a single shot towards the player and crowd.

Oklahoma news station KFOR obtained video of the incident. We're just going to ignore the fact that the news station called it a "red flag" instead of a red card.

Police said that it was a miracle nobody was hurt in the altercation.

After firing his gun, Bathez got into his car and sped off. Police quickly pulled the Oklahoma referee over to arrest him and obtained a .380 caliber pistol.

As someone who has lived in Oklahoma for three years, I can’t say this story is too surprising.

I would like to say that I promise Oklahoma isn’t some Grand Theft Auto server of craziness. The state is filled with some very kind people and has plenty to offer. So how about we don’t slander the great state of Oklahoma too much, eh?