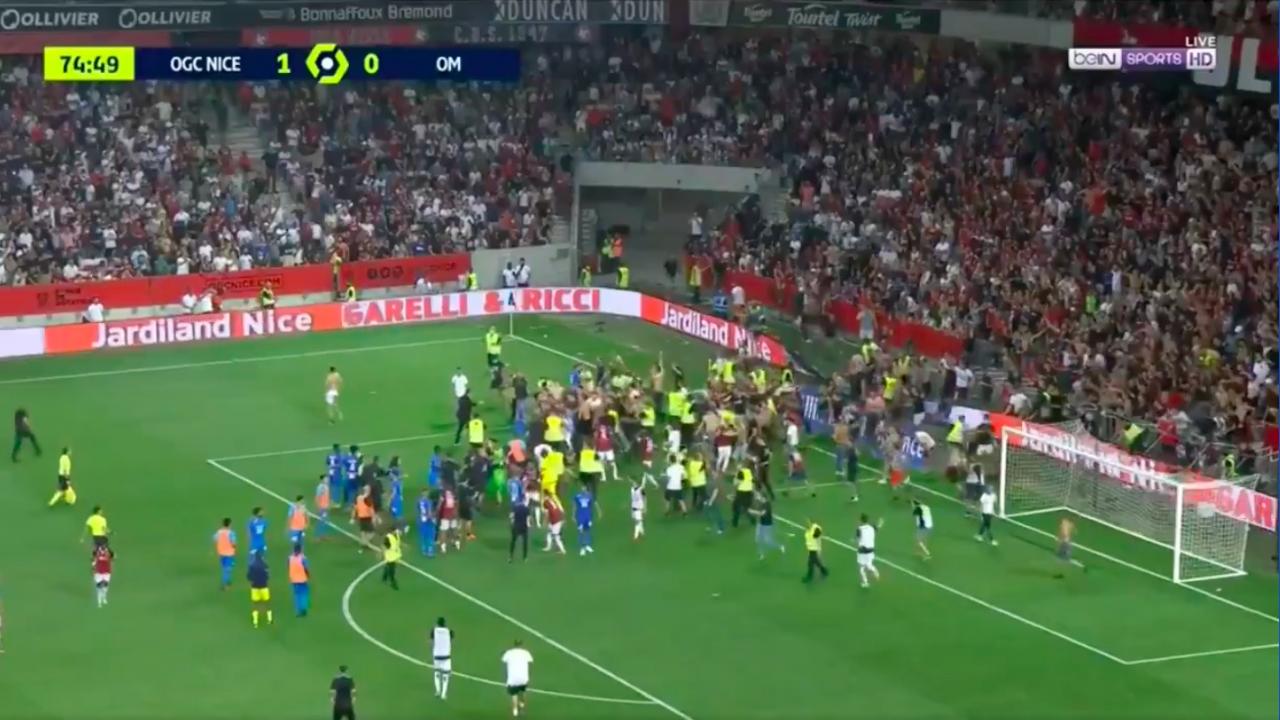 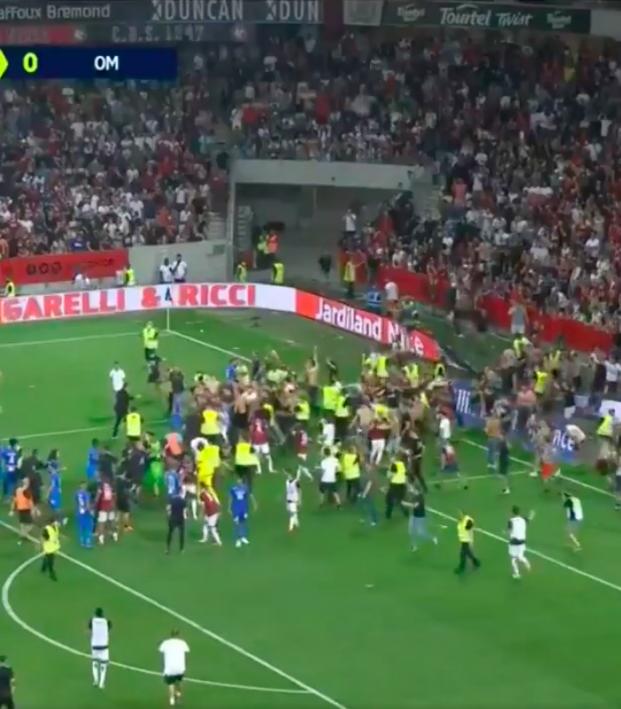 Connor Fleming August 22, 2021
The Ultras threw stuff at Payet, and so Payet threw it back.

Nice and Marseille’s Ligue 1 match at the Allianz Riviera on Sunday was brought to a halt in the 75th minute when Marseille’s Dimitri Payet, taking a corner kick beside the Nice ultras, responded angrily to all the debris being hurled at him.

Everyone knows that ultras can dish it out but are soft as hell when it comes to taking it, so the entire stand poured out onto the pitch to show Payet its collective toughness. Nothing says “we’re hard” like a good old 500 vs. 1 melee.

Not to be outdone, Jorge Sampaoli — essentially the angriest teddy bear you’ll ever see — threw all 5 feet 6 inches of his being into a “hold me back, bro!” montage.

THIS IS MADNESS! THE FANS INVADED THE PITCH!

Jorge Sampaoli is really wanting to throw down and knock someone out.

Nice was winning the match 1-0 through Kasper Dolgber’s goal in the 49th minute, so they want to finish it. Marseille isn’t so sure.

UPDATE: Marseille landed at least one.

⚽️ | NEW: A member of the Marseille staff sparking a Nice fan pic.twitter.com/3lSYBvr5rd