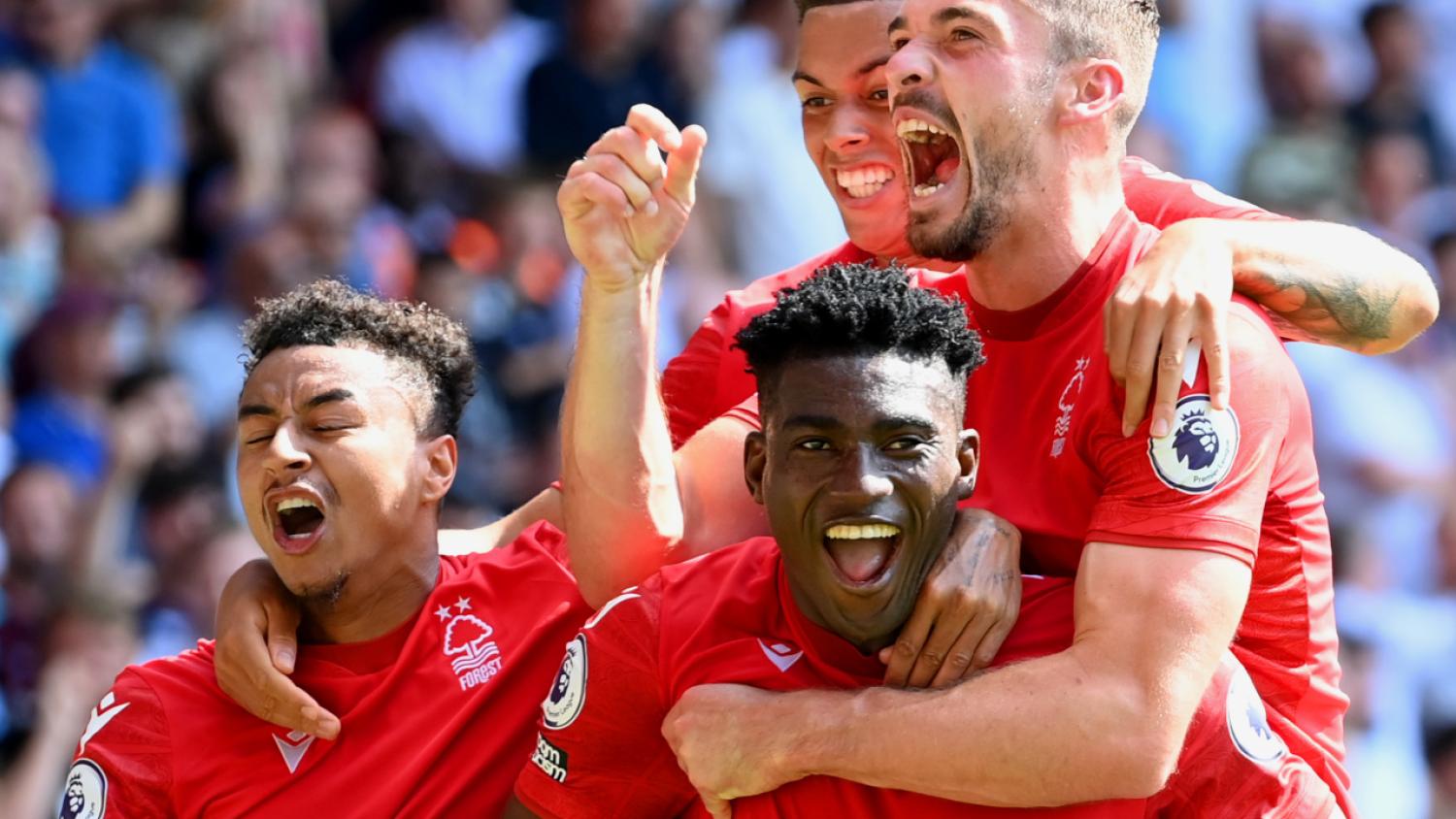 An electric crowd of 30,000 at sunbathed City Ground roared its charmed Nottingham Forest side to a 1-0 win over West Ham on Sunday afternoon in the first Premier League match at the stadium in 23 years.

The buzz around Forest's first season back in the English top flight since 1998-99 has centered on the club's summer expenditure of $113 million, and after a disjointed opening day defeat away to Newcastle, Steve Cooper's new additions were the heroes in front of their home supporters today.

For the first time in 23 years, Nottingham Forest have scored a Premier League goal!

Look how much it means to the Nottingham Forest fans. Forest lead 1-0 at the half.
: @USA_Network & @Telemundo #MyPLMorning | #NFOWHU pic.twitter.com/uXBeFxKhLM

Another big signing was the capture of 25-year-old goalkeeper Dean Henderson on loan from Manchester United. Henderson provided some world-class saves while also relying on some fortune to keep the clean sheet against last year's Europa League semifinalists.

First, in the 42nd minute, Saïd Benrahma had a goal chalked off after the VAR took a closer look at Michail Antonio's foul in the buildup. Then, in the 61st, Benrahma curled one off the crossbar and onto the goal-line before Henderson denied Tomáš Souček's pointblank header on the rebound.

HOW did Said Benrahma's free kick not go in?!?!

Then there's a handball in the Nottingham Forest box which leads to a penalty.
: @USA_Network & @Telemundo #MyPLMorning | #NFOWHU pic.twitter.com/7vpi61lY7n

Forest defender Scott McKenna then repelled a West Ham shot in the area with his arm in the 65th, and Declan Rice stepped forward to take the spot kick for the Hammers. Henderson would not be beaten.

In the 83rd minute, Neco Williams, a $19.4 million addition from Liverpool, cleared one off the line to secure all three points.

Nico Williams with the goal-line clearance!

Will West Ham find a breakthrough in the last 6 minutes of the match?
: @USA_Network & @Telemundo #MyPLMorning | #NFOWhU pic.twitter.com/l2Q9CWeymr

The win is a huge vindication of Forest's summer, whereas West Ham's relatively quiet window has the squad looking thin. David Moyes' side began the season with a defeat to Man City, and they're already back in action Thursday against Denmark's Viborg in the Europa Conference League playoffs.

Forest's next PL match is away to Everton on Saturday. West Ham hosts Brighton on Sunday.