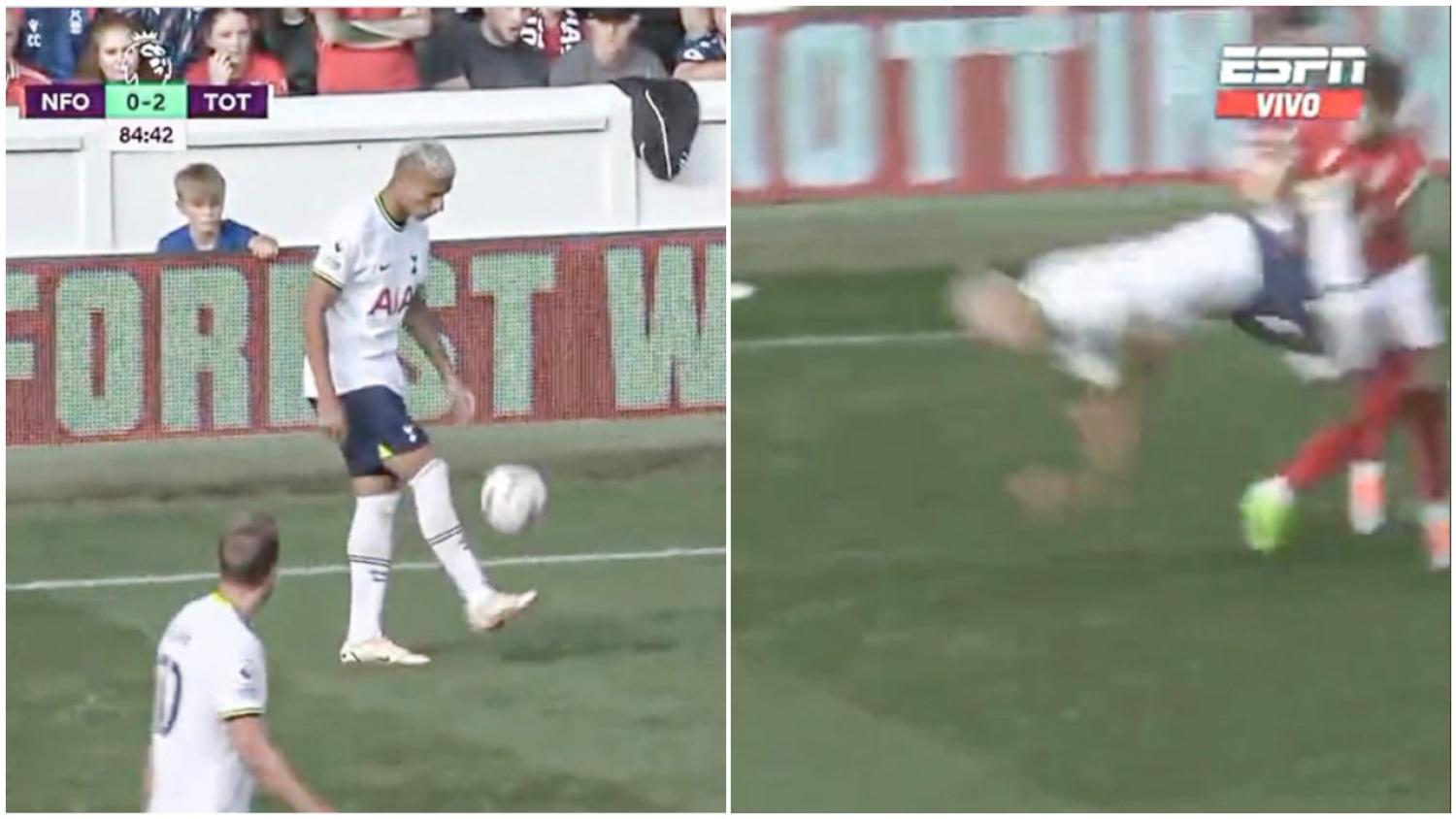 It's always a Brazilian, isn't it?

On Sunday, with Spurs cruising to a 2-0 victory over Nottingham Forest at City Ground, Tottenham's Richarlison had a little fun at the expense of the 30,000-strong crowd and drew a stern rebuke from the opposing team's manager for expressing himself out on the pitch. This is basically a week in the life of Neymar.

The 25-year-old winger had already broken Forest by coming on in the 74th-minute and providing a "trivela" assist on Harry Kane's second of the night in the 81st. This was the Brazilian's first contribution to the scoresheet since arriving from Everton for $64 million.

Harry Kane is unmarked at the back host and doubles Tottenham's lead!

In the 85th minute, Richarlison received possession from Yves Bissouma out wide and performed three keepie-uppies before relinquishing it. But the ball came right back at him and Forest's Brennan Johnson immediately scythed him down for a clear yellow card.

Yeah Richarlison is THAT guy pic.twitter.com/uAsp9pjnw4

Personally, I encourage both actions.

"I wouldn't want my players to do that, what Richarlison did," Forest manager Steve Cooper said. "If that is accepted at Spurs that is nothing to do with me but it wouldn't be accepted here."

Spurs boss Antonio Conte said no harm was intended: "At the moment I was with the bench because I was making another substitution. I think he juggled with the ball. It is a game and you are under pressure. I repeat it is OK. I don't think Richy wanted to show disrespect to Nottingham Forest. Forest are a really good team with a great history and we have great respect. Richy for sure thinks in the same way. Not disrespectful for anyone and I can tell you this."

Tottenham moved to third after four matches with the win, two points behind first-place Arsenal.