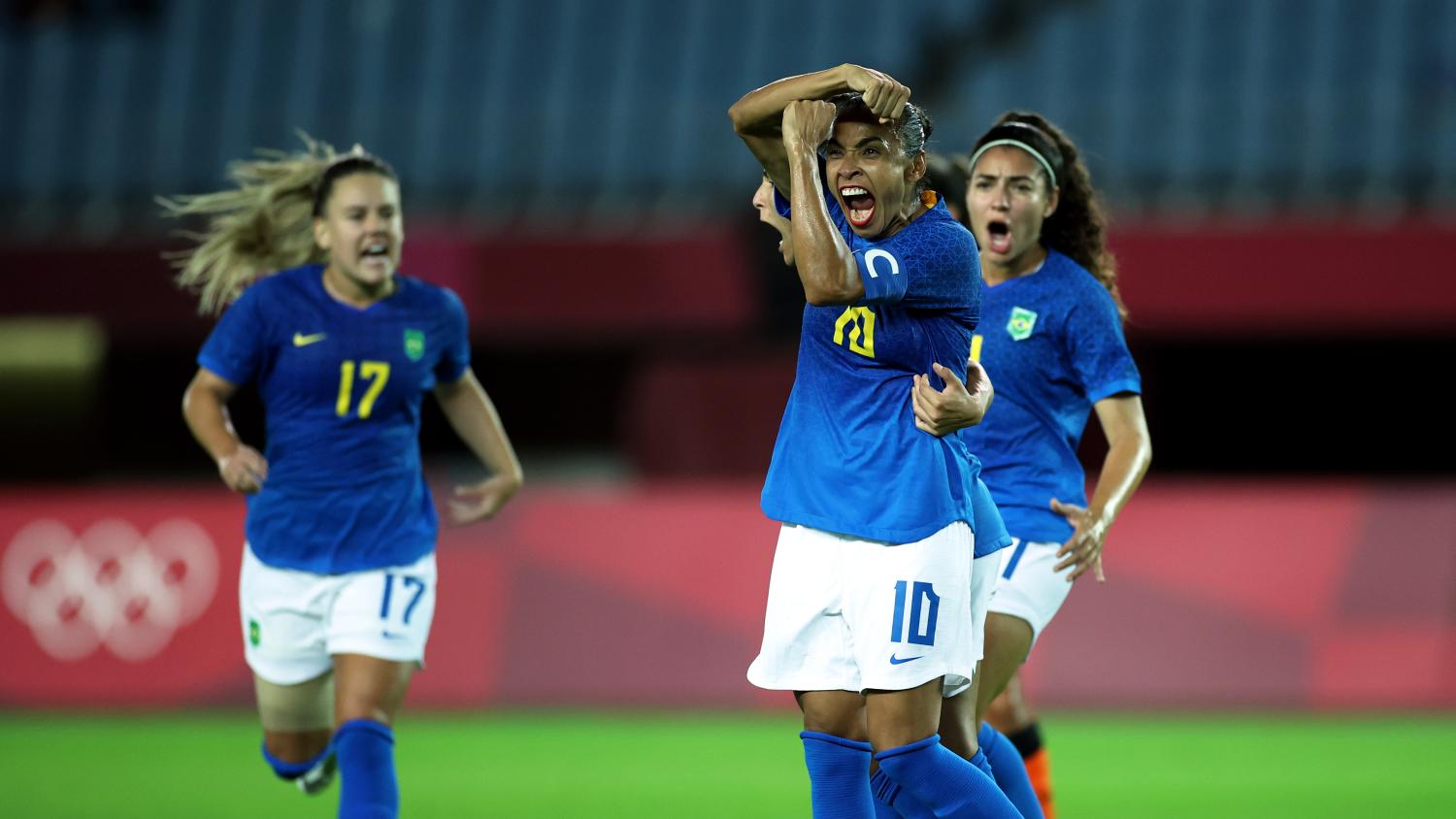 This might just be the most entertaining group of all time.
Getty Images

Speaking from firsthand experience, I know how hard it can be on your body to wake up in the middle of the night to watch Olympic soccer played in Japan. I thought it was fun in 2002 for the World Cup, but my body rebelled hard after the first day of play on Wednesday.

And yet, I can’t wait to wake up early for the next Group F match, because those games have been stupidly entertaining at the 2020 Olympics.

After 18 goals were scored in Group F on Wednesday, 14 flew in on Saturday with two high-scoring, highly compelling draws. Zambia and China drew 4-4 before the Netherlands and Brazil played a 3-3 thriller.

For those keeping score at home, that’s 32 goals scored in four matches, an average of eight per game. You better be watching the Group F finales on Tuesday at 7:30 a.m. ET, because it’ll only get better with a spot in the knockout rounds on the line.

Group F kicked off Wednesday with Brazil smashing China 5-0, inspiring Pelé to send a message to Marta. Later that day, the Netherlands put 10 past Zambia in a 10-3 win in which Barbra Banda netted a hat trick for the African side.

Saturday’s results were no less thrilling.

Brazil-Netherlands was a thrilling back-and-forth affair, with both sides leading at some point. Vivianne Miedema netted twice to keep pace with Banda in the Golden Boot race (both have six), including a stunning turn and shot to open the scoring in the third minute.

Brazil equalized twice before Ludmila gave her side a 3-2 lead, but Dominique Janssen ripped a 30-yard free kick for a late equalizer.

The other Group F match on Saturday saw Wang Shuang score all four goals for China, including three in the first 23 minutes. Banda netted her second straight hat trick for Zambia as the Copper Queens, ranked No. 104 in the world, picked up their first-ever points at a major international tournament days after suffering their largest-ever defeat. It was a marvelous duel between two goal-scoring dynamos.

Thrilling game at the Miyagi Stadium

The Copper Queens fought from 3-2 down to earn a point with Barbra Banda merging as the talking point !

What A Game #Tokyo2020 pic.twitter.com/YP4JNtyZBL

I know I’ll be watching, if my body allows it.