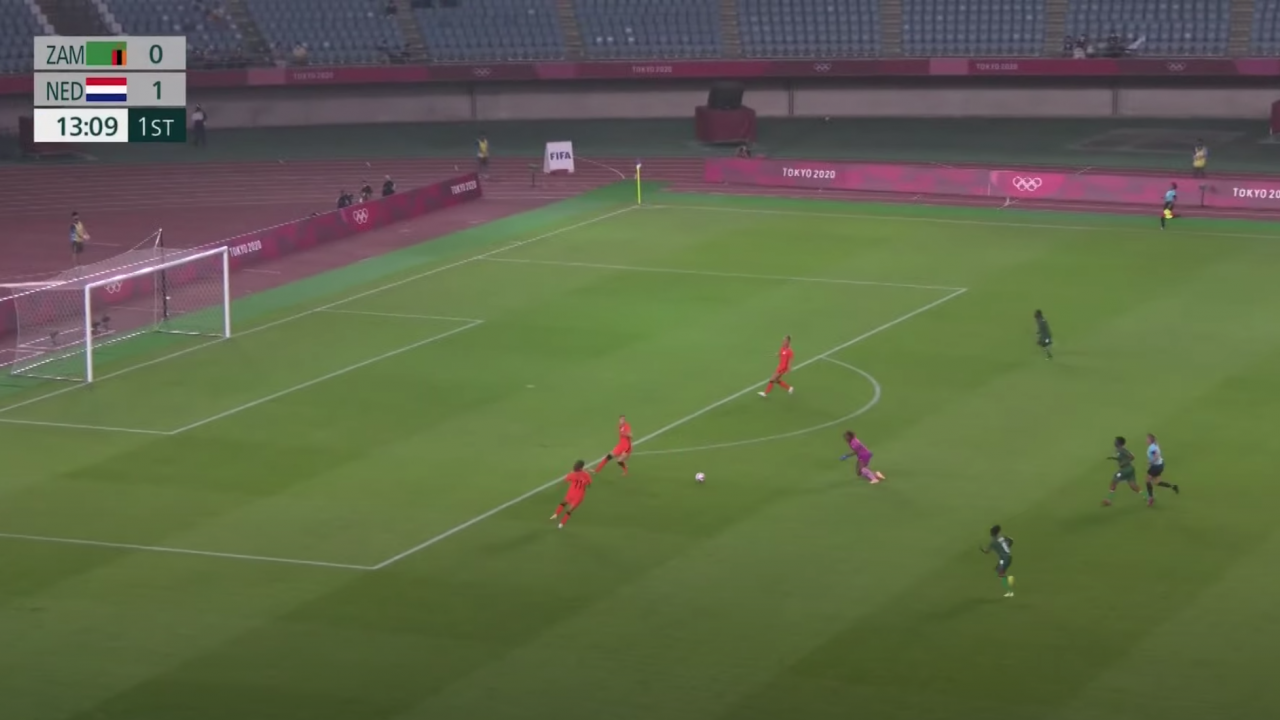 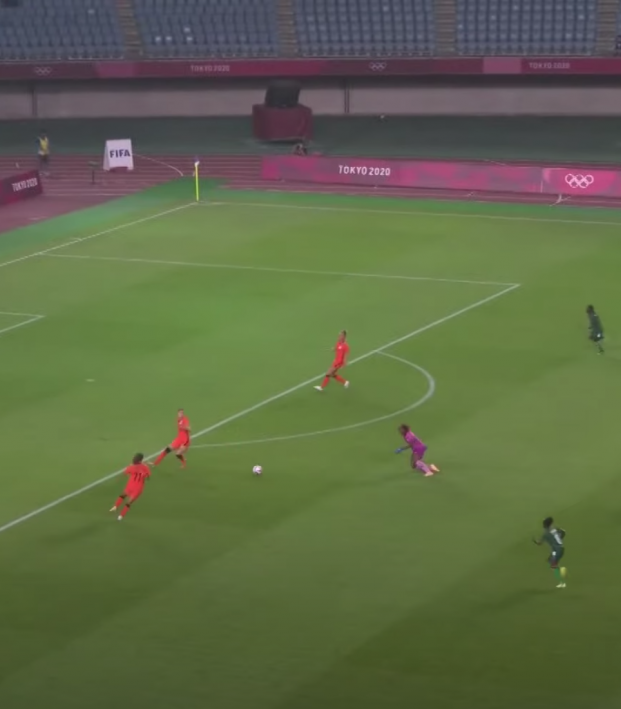 Zambia’s women’s soccer team was supposed to be the feel-good story of the tournament. The team shocked Cameroon to get to Tokyo, came to the tournament with nothing to lose and have a striker who was a sprinter in the 2008 Olympics. The fun ended rather quickly when the World Cup runner-up Netherlands torched the Copper Queens 10-3 on Wednesday.

Questions will be asked of the Zambia goalkeeper who committed howler after howler. The opening goal for Netherlands was a sign of things to come.

Hazel Nali oversaw defending Zambia’s goal, and she had a night to forget. Netherlands had 13 shots on target and scored 77 percent of those shots.

The second goal she conceded was similar to the first. You’ve got to admire Nali’s determination to be a sweeper keeper, but it doesn’t look so good when you miss the ball.

The Dutch ran up the scoreboard with Vivianne Miedema leading the score sheet with four goals. The Arsenal forward completed her hat trick in the 29th minute.

One thing I did admire from the Dutch women was their toned-down celebrations. Zambia got embarrassed on the world stage and the last thing they needed was salt rubbed into the wounds. The last thing Zambia needs is a player from the Netherlands scoring the ninth goal and then proceeding to spin in circles and slide by the Zambian bench. You know what I’m talking about. That team I’m referring too wasn’t so lucky in their Olympic opener.

Thankfully for Zambia the game wasn’t a total loss. Barbra Banda scored both the first Olympic goal and hat trick in Zambia history. Banda’s first goal came in the 19th minute to make the score 3-1, giving Zambia the slightest bit of hope.

It appears the bad goalkeeping was contagious and got to the Dutch keeper.

Banda never quit and scored back-to-back goals in the 82nd and 83rd minutes to secure the triple.

Down but not out, Barbara Banda completes a hat trick of her own! #TokyoOlympics pic.twitter.com/J2A3d6IcY0

Zambia plays again on Saturday against China. The Netherlands will face Brazil on Saturday in Group F’s highly anticipated clash of the titans.

Here are all 13 goals from Wednesday’s match.