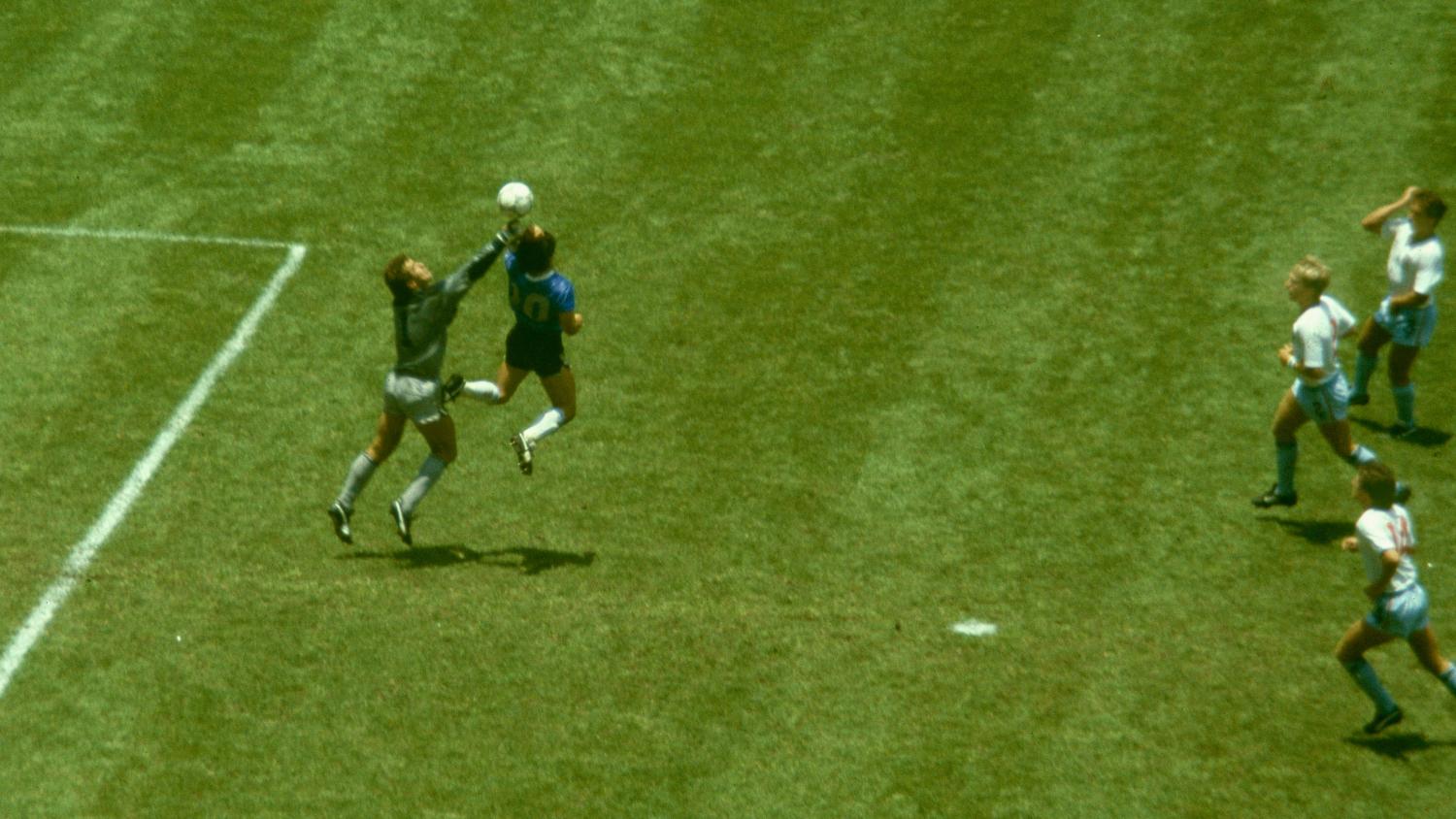 The shirt was auctioned to an anonymous buyer.
Getty Images

The shirt worn by Diego Maradona when he scored two of the most famous goals in soccer history was sold for $8.93 million on Wednesday, marking a new auction record for an item of sports memorabilia.

Maradona wore Argentina's No. 10 shirt in the 1986 World Cup quarterfinal against England in Mexico. Six minutes into the second half he put his team ahead by punching the ball into the net for what became known as the "Hand of God" goal.

Four minutes later Maradona dribbled from his own half to score a goal widely considered one of the greatest in World Cup history.

35 years ago today, Diego Maradona scored the Goal of the Century against England in the 1986 World Cup Quarterfinals pic.twitter.com/vn5COVv8VW

England midfielder Steve Hodge got Maradona's jersey after the game and announced last month he was putting it up for auction after 19 years on display at England's National Football Museum.

"This historic shirt is a tangible reminder of an important moment not only in the history of sports, but in the history of the 20th century," said Brahm Wachter, Sotheby's Head of Streetwear and Modern Collectables.

Sotheby's said the buyer was anonymous. The sale broke the previous record for sports memorabilia set by the original autograph manuscript of the Olympic Manifesto from 1892, which went for $8.8 million in 2019.

The sale of Maradona's jersey was complicated by claims that the wrong shirt was going under the hammer, with his daughter and ex-wife saying Hodge received the shirt Maradona wore in the first half of the match. Sotheby's said they used photo-matching technology to "conclusively" match the shirt to both goals by "examining unique details on various elements of the item, including the patch, stripes, and numbering."

Maradona, regarded as one of the world's best ever footballers, died in November, 2020 aged 60.

(Reporting by Manasi Pathak in Bengaluru, editing by Ed Osmond)