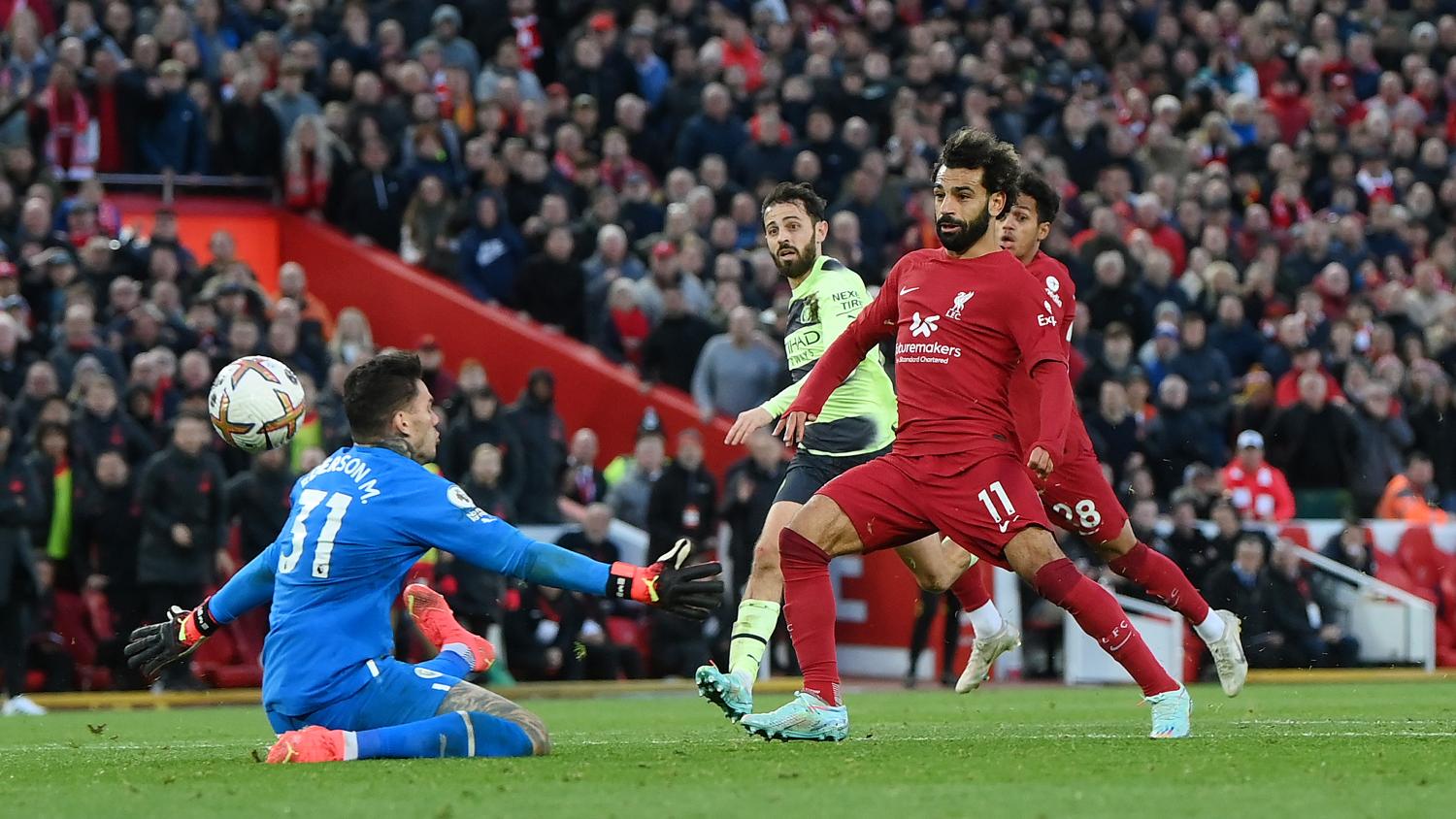 Arsenal now has a four-point lead at the top.
Getty Images

LIVERPOOL, England - A superb second-half goal from Mohamed Salah earned Liverpool a 1-0 victory over Manchester City on Sunday as the champions lost their unbeaten start to the Premier League season in a heated thriller that saw home coach Jürgen Klopp red-carded.

After an opening period that failed to live up to the game's blockbuster billing, the second half began at a ferocious pace, with Egypt international Salah denied by a superb save from City goalkeeper Ederson moments after the break.

City then thought they had taken the lead through Phil Foden in the 53rd minute, sparking wild celebrations on the City bench, only for it to be ruled out following a VAR review, Erling Haaland deemed to have fouled Fabinho in the build-up.

Manchester City's goal was disallowed after it was determined that Erling Haaland fouled Fabinho.

Liverpool made the most of their reprieve and kept coming at City, with the pressure eventually paying off as Salah raced clear after a mistake from João Cancelo to fire what proved to be the winner 14 minutes from time.

As City threw everything at Liverpool late on, tensions boiled over with Klopp sent to the stands for his over-zealous protestations against a foul he felt his side should have had.

Jurgen Klopp has been given a red card for dissent.

The final pass was lacking for the visitors in the end as Liverpool held on for just their third league win of the season to move up to eighth in the standings on 13 points, 10 behind second-placed City, who trail leaders Arsenal by four points.