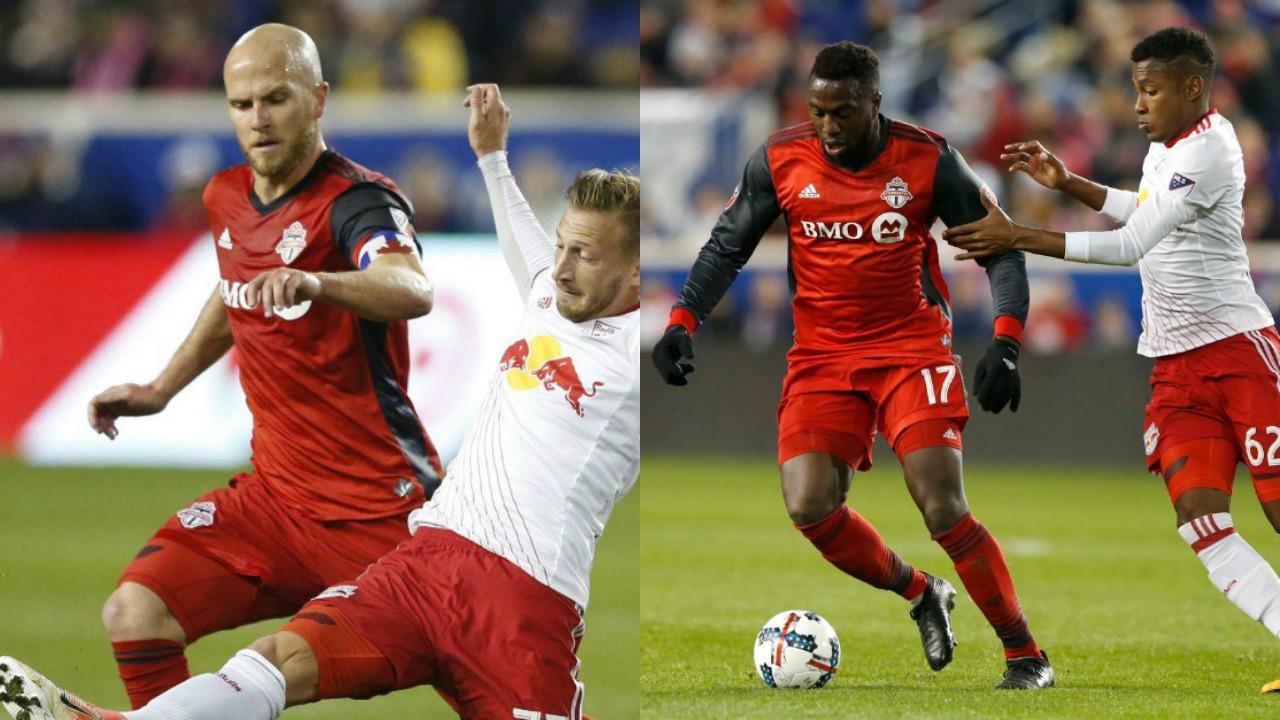 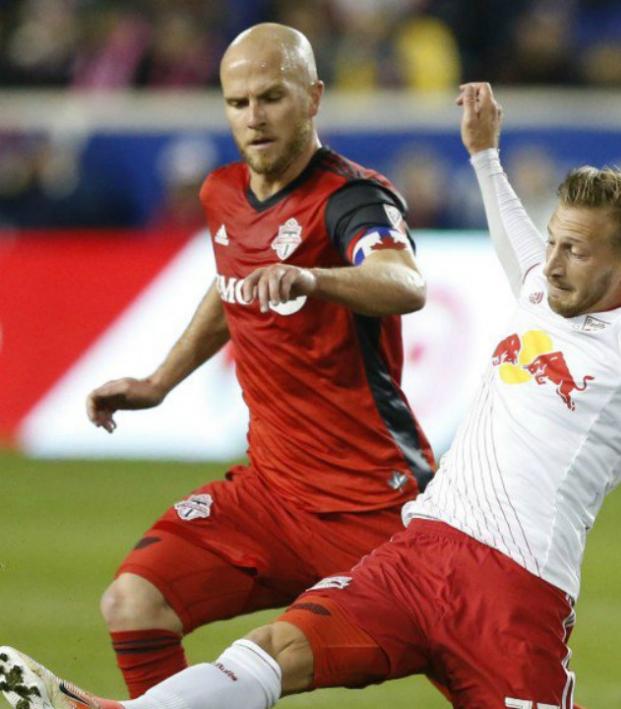 Connor Fleming October 31, 2017
Michael Bradley and Jozy Altidore are clearly going to be given a rough ride for the rest of their MLS careers.

Monday night’s playoff encounter between the New York Red Bulls and Toronto FC saw the continuation of a narrative that’ll likely follow TFC for years to come: wherever the club goes, Michael Bradley and Jozy Altidore are not going to be given a warm reception. It began on October 22 with Toronto’s visit to Atlanta, TFC’s first road match since that unspeakable encounter between the United States and Trinidad & Tobago. It continued on Monday night at Red Bull Arena.

As leaders of the USMNT and in the prime of their respective careers, the vitriol following the nation’s failure to qualify for the World Cup has been largely aimed at the TFC teammates. It’s highly likely that the two will remain pantomime villains wherever they go in MLS long after the pain of missing out has subsided, but it’s something that both Bradley and Altidore say they’re unaffected by.

“I had a good feeling [in Atlanta],” said Bradley when discussing what kind of treatment he expected in TFC’s first road match after the debacle. “We walked out to see the field, I hadn’t been on for two steps and I had a few nice things yelled at me. So we went back in, Jozy and I were talking, I said, ‘We’ll see what this looks like; I have a feeling it’s going to go this way.’ Sure enough, I was right.”

“The Biggest Losers” banner with a photo of Bradley and Altidore. Amazing. pic.twitter.com/sB0c29Rccs

Toronto, the Supporters’ Shield Champions and No. 1 overall seed in the playoffs, have their sights set on an MLS Cup final at BMO Field, and they went a good way toward ensuring their spot in the Conference Finals after Monday’s 2-1 victory over NYRB in their Conference Semifinal first leg.

Goals from Victor Vazquez and Sebastian Giovinco have given TFC a commanding edge before Sunday’s return leg, and Bradley and Altidore maintain that they’re fully committed to delivering Toronto its first-ever MLS Cup, although both admitted to being somewhat hurt by their reception at Red Bull Arena since both have ties to the club (Bradley played for the MetroStars in 2005 while his father coached there, and Altidore played for the club between 2006 and 2008).

“The people that come are allowed to support their team and try to do whatever they can to make an atmosphere, to give their team an advantage. So how that goes is completely up to them. As players, as competitors, you enjoy playing in big games, you enjoy competing when everything is on the line, you enjoy playing in a big atmosphere. You worry about things you can control…you let the rest speak for itself,” said Bradley after the match, a pretty politically correct bit of captain-speak.

Altidore was much more frank with his reply, and it’s clear that the 27-year-old still hasn’t quite gotten over the pain of missing the World Cup himself:

“I thought it was a little bit classless, with a place I gave a lot to, and they gave a lot to me, had some good memories. But it is what it is. There’s no loyalty anymore. I guess all bets are off. Being disappointed with the World Cup, I get, I understand. But the other stuff is a bit disappointing. I never was disrespectful towards these people.

"It’s my first club, and I have so much admiration for the club. Nobody suffers more than the players. I get fans, they put a lot into it. We are nothing without our fans. But at the end of it, the biggest losers are the players and the program, not being able to further so much good work that we’ve done over the past 10 years.”

As for TFC manager Greg Vanney, he believes that the jeers are actually having a positive effect on his side’s key performers:

“I think there’s a certain number of fans who maybe have a real purpose for it, and then I think a lot of other people are doing it because it’s the thing to do. Whatever motivates our guys, I’m perfectly comfortable with.”

If Toronto can safely navigate the second leg of their Conference Semifinal, they’ll meet either Columbus or New York City FC in a home-and-away Eastern Conference Final. One thing's certain, fans at Yankee Stadium or MAPFRE Stadium aren't going to be any more welcoming.