PSG coach says no bad blood between Messi-Mbappé, but Emi Martínez is another story 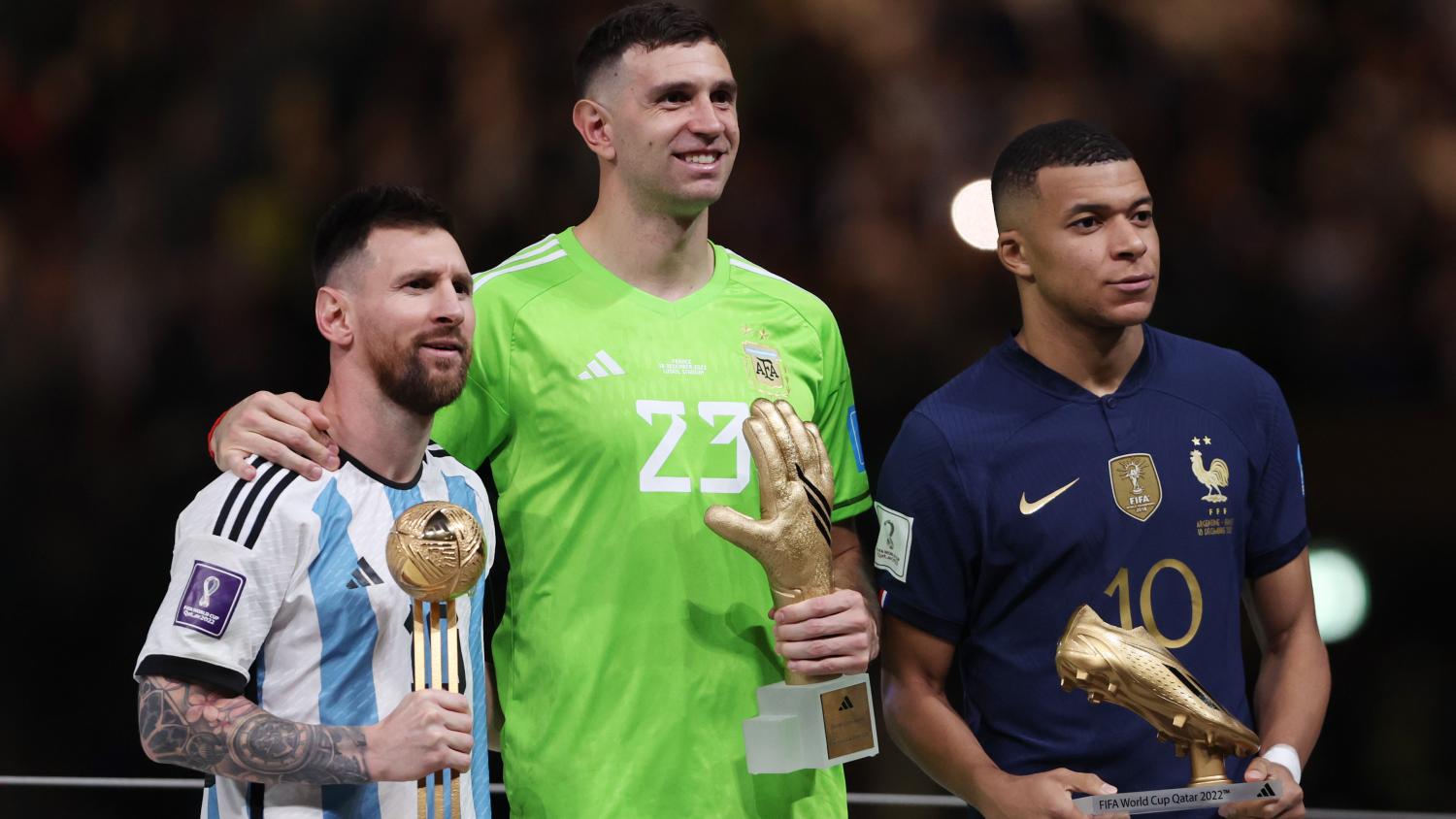 After sending 11 players to the World Cup, Paris Saint-Germain's season resumes Wednesday with the Ligue 1 leaders needing to find motivation for a home match against 19th-place Strasbourg.

PSG manager Christophe Galtier gave his pre-match press conference Tuesday and outlined how many of the club's World Cup stars would be available for selection — including France's Kylian Mbappé, Morocco's Achraf Hakimi and Brazil's Neymar — but Argentina's Lionel Messi had been given extended leave until early January.

"(Messi) had to return to Argentina for the celebrations, the receptions and we decided that he was going to be off until the 1st of January," Galtier said. "And so he will come and join us, either on the 2nd or the 3rd, to be able to resume competition with us, when he will have had between 13 and 14 days of recovery."

Messi played every minute of Argentina's campaign, including extra-time affairs in the quarterfinals and final. Galtier was also asked about a potential fallout from the final, when Mbappé, despite scoring a hat-trick, was left disconsolate while Messi paraded around with the trophy at Lusail Stadium.

"I would focus on the relationship between them," Galtier said. "It wasn't Leo Messi winding anybody else up. What I saw after the final, what I have experienced, is there is no reason to mix these things up because the goalkeeper's behavior is down to him. What matters to me is the relationship between the players. Kylian Mbappé had a very good attitude, despite losing. Of course he was very disappointed, but he did that in a classy way. He congratulated Leo Messi and that is a very good thing for the club and for the team."

When referencing "the goalkeeper's behavior," Galtier is talking about the antics of Emiliano Martínez. In Argentina's dressing room celebration after the final, Martínez called out Mbappé.

He was also seen with an Mbappé doll during Argentina's victory parade in Buenos Aires, and we all know what happens now when Martínez is handed an object.

Martínez has become Public Enemy No. 1 in France with former Les Bleus internationals Patrick Vieira and Adil Rami calling him out in public, but "Dibu" clearly doesn't care — he just got a World Cup tattoo on the exact spot of his 123rd-minute stonewalling of Randal Kolo Muani.

Martínez's club team Aston Villa returned to Premier League action Monday and got beaten 3-1 by Liverpool with Robin Olsen deputizing in goal. Martínez returns Thursday and should be available for Tottenham on New Year's Day.